The U.S. EPA developed its 2006 rule on CRT management to help divert the lead-containing glass away from disposal and toward recycling. But a decade later, with the value of recovered glass a negative, the U.S. continues to see high-profile instances in which recycling isn’t occurring. 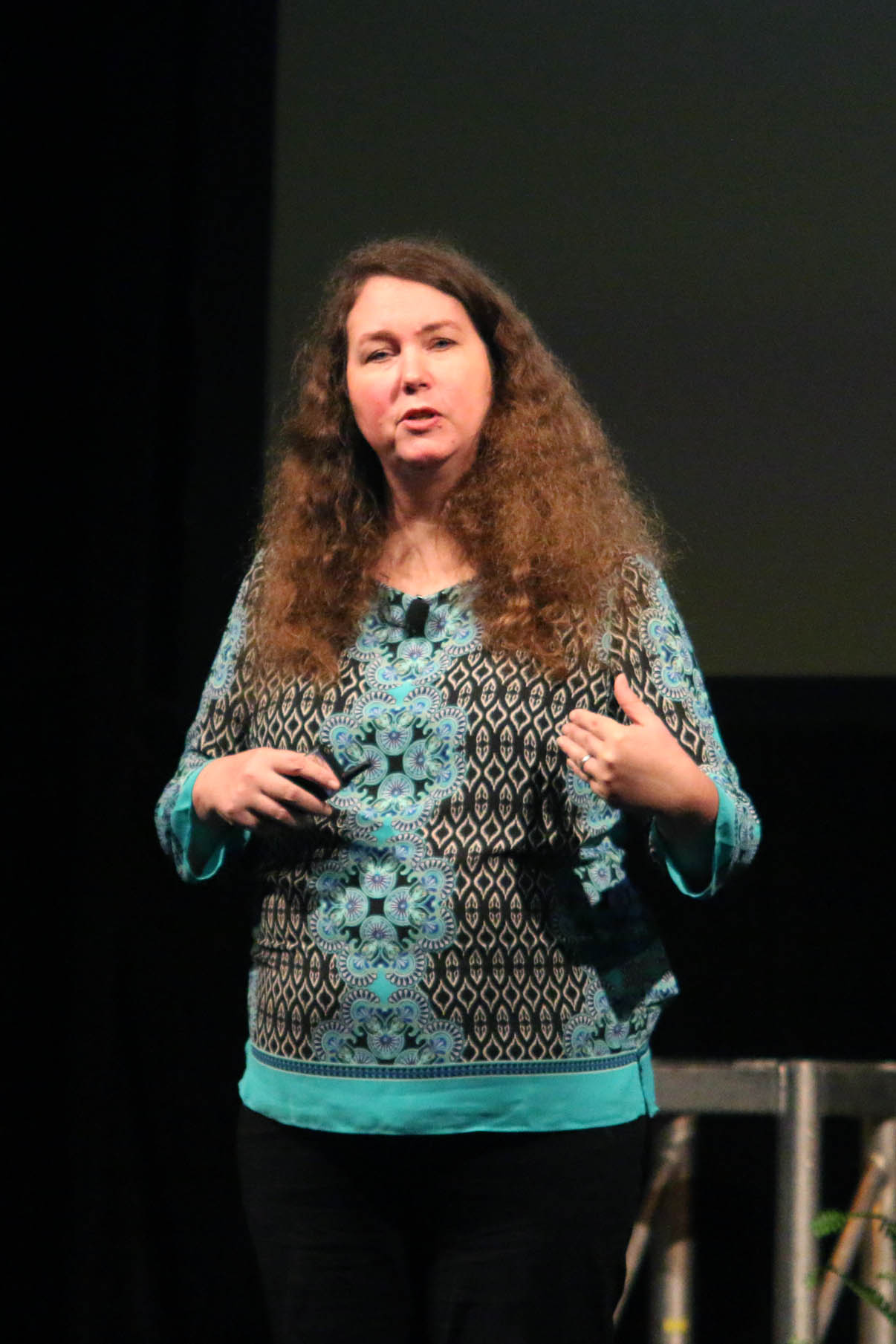 “Basically, we’ve been seeing a pattern consistently across the nation of stockpiles, illegal disposal, mismanagement of CRTs,” said Tracy Atagi of the U.S. EPA. “In some cases, it’s just warehouses full. In some cases, it’s thing that are being illegally buried or abandoned. But it is something that’s a systematic problem here.”

Atagi took to the stage at E-Scrap 2016 in New Orleans to discuss the federal government’s approach to regulating the domestic handling of CRTs, as well as their export. The presentation focused on funnel glass, which can contain 22 percent to 25 percent lead, although Atagi noted that panel glass, generally containing 2.3 percent to 2.8 percent lead, can become contaminated if too much leaded frit travels with it when it’s cut from the funnel.

During the session, Atagi, from the EPA’s Office of Resource Conservation and Recovery, discussed the details of the federal government’s speculative accumulation rule and recent changes to the export regulations.

Atagi’s presentation mentioned high-profile CRT issues around the U.S. since 2013.

The most recent major case was the closing of Closed Loop Refining and Recovery, which accumulated material while company officials stated they planned to build a furnace to recycle glass. The company left behind millions of pounds of glass

Regarding CRT exports, she was asked whether the EPA is pursuing enforcement action against e-scrap companies identified by watchdog group Basel Action Network (BAN) as sending CRT devices overseas without notifying the EPA, as is required by regulations. BAN says its device tracking study found 14 were exported, all apparently in violation of the requirements.

Atagi said she didn’t have any information about a specific EPA follow-up to the report, “but EPA does investigate and pursue reports of anything that’s in violation of the law. There is a tip line for folks if there are some concerns.”

When a pile becomes a problem

The EPA’s current regulations say CRTs sent for recycling aren’t regulated as hazardous waste if, among other requirements, they’re not accumulated on a speculative basis. Yet some people fail to realize the speculative accumulation rule has two parts, Atagi said: CRTs and CRT glass aren’t speculatively accumulated if they’re potentially recyclable and there’s a feasible means of recycling them, and at least 75 percent of the material is recycled or transferred to a different site for recycling during the calendar year.

“If you just transfer your glass to another site for storage, that doesn’t count,” Atagi said. “That’s not recycling. That’s transferring it for storage.”

Responding to a question, Atagi noted that, generally speaking, if no recycling process exists on a site where there is CRT glass, stating that at some point the technology will be built to handle the material wouldn’t count as recycling.

That being said, the one-year clock resets if an e-scrap company processes the intact or broken CRTs into processed glass, she said.

When asked whether EPA is considering extending the accumulation deadline beyond a year, Atagi noted the regulations do allow for extensions on a case-by-case basis but there aren’t plans to change the regulations. Speaking on behalf of herself, she’d be reluctant to extend the deadline without some other assurance the problem is being addressed.

“It’s a market issue, it’s not a capacity issue, and that market issue isn’t going to go away if people can keep storing more and more CRT glass without an consequence to it,” she said. “The possible outcome of just having a bigger mound of CRT glass at the end of the facility life to take care of, I think, is a concern.”

In 2014, the EPA approved updates to its CRT exports rule, with the last of the new requirements going into effect earlier this year.

The CRT export rule requires exporters of used, intact CRTs destined for reuse to tell the EPA annually how much material will be exported and where it’s headed. Notification is required, but the EPA doesn’t have to consent to the shipments.

But if intact or broken CRTs are packed into a shipping container and sent for recycling, as opposed to reuse, the firm must notify and receive approval from the EPA. In addition, starting this year, the regulations require exporters to provide EPA with an annual report detailing how much material was actually sent overseas during the previous year.

As of Sept. 12, seven companies have received permission to export CRTs for recycling to Canada, Mexico, the Netherlands and Spain.