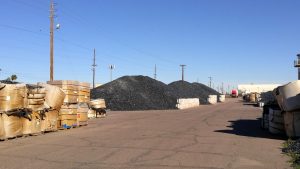 With financial and regulatory pressure mounting, Closed Loop Refining and Recovery is on the brink of closing and leaving more than 90 million pounds of stockpiled CRT material in its wake.

Closed Loop, which has for several years pledged to build a furnace to process the immense backlog of CRT glass, is currently months behind on rent for sites in Ohio and Arizona. The company also received a notice of violation this week from the Ohio Environmental Protection Agency that could trigger further enforcement action, including forced closure.

A lawsuit filed by property management company Garrison Southfield Park on March 4 alleges Closed Loop hasn’t paid rent at its 1675 Watkins Road site in Columbus, Ohio since June 2014. State records show that nearly 23 million pounds of unprocessed CRTs and about 10.5 million pounds of processed CRT glass were stored at that site as of Jan. 1, 2015.

An additional 2.6 million pounds of processed CRT glass were being stored at a second Columbus site, located at 2200 Fairwood Ave.

Meanwhile, the company’s landlord for its Phoenix processing hub, located at 435 S 59th Ave., said in an interview that Closed Loop is also in default on its lease there. Current state records show the Phoenix site and two additional warehouses contain 50.5 million pounds of leaded CRT glass and another 4.5 million pounds of intact CRTs.

And this week, the Ohio EPA issued a notice of violation to Closed Loop for speculatively accumulating CRT material at its primary and secondary Columbus facilities. In addition, EPA officials found improper storage and labeling of material.

“Be advised that due to the nature of the violation, Ohio EPA may require closure,” the April 11 notice states.

According to court filings, property manager Garrison Southfield Park is already preparing for the cleanup of the Watkins Road location in Columbus. That site, which is under lease by Closed Loop until 2020, has served as its primary processing site in Ohio since 2012.

The property management company has “commanded” that Closed Loop leave the premises and pay nearly $4 million in back and future rent as well as “millions of dollars for the cost incurred by Garrison to perform the environmental clean-up of the premises.”

Closed Loop has attracted industry attention over the past five years as it developed operations in Ohio and Arizona and received large quantities of CRTs for future recovery.

Since its founding in 2010, Closed Loop stated repeatedly that it was working on plans to build furnaces in both states that would separate out lead. But the company’s technology has not materialized, leaving millions of pounds of glass sitting in company sites on both ends of the country.

“I don’t understand why this isn’t fraud. These guys were paid to dispose of it and all they did was haul it and dump it in our building.” — Closed Loop’s Arizona landlord

The most recent storage estimates available suggest there is at least 91 million pounds of CRT material on the ground in Ohio and Arizona. That number could be a low estimate, however, as the Arizona figure does not include panel glass and the Ohio numbers are 16 months old.

Brought down by market factors

Brent Benham, the company’s co-chairman and chief financial officer, confirmed in an interview that Closed Loop had fallen behind on its rent in both Ohio and Arizona. He said the company has been hit hard by low commodity prices and regulatory hangups in California, a state that has been reviewing downstream processors of CRT glass and, in some cases, withholding payments to companies using certain outlets.

“We are in the process of attempting to restructure the company,” Benham said. “The landlords obviously want to assert their rights and they should.”

In addition to the lawsuit over the Columbus property, Closed Loop is being accused of unethical business practices by its Phoenix landlord.

“The company has no money – they can’t even pay rent – so the last guy standing is me,” said Jim Harrison, the owner of Harrison Properties in Phoenix. “I don’t understand why this isn’t fraud. These guys were paid to dispose of it and all they did was haul it and dump it in our building.”

Beyond Benham, it is unclear how many employees remain at Closed Loop. The company’s former plant manager, Robert Cruz, said in an interview he left the company about three weeks ago to “do better things.”

The most recent storage estimates available suggest there is at least 91 million pounds of CRT material on the ground in Ohio and Arizona. That number could be a low estimate, however.

Benham said the company’s staff is “down to a skeleton crew.”

Closed Loop maintains a presence at the processing sites in Ohio and Arizona, Benham said. The company has agreed to let the property manager in Ohio conduct inspections of the site to assess potential cleanup costs alongside other electronics recycling companies, including Kuusakoski and Novotec, court documents show.

‘No one was hiding the pickle’

“The landlords were well aware, and so were the customers and the OEMs that allowed shipment to our site, of what we were doing,” Benham stated. “No one was hiding the pickle.”

He continued, “I think some people in the industry want to say, ‘Look, they took money and didn’t use it for what they said they were going to use it for.’ … Stop for a minute. We were paid to recycle and develop technologies and created a backlog that would allow that technology to roll out. That’s what we were paid to do and that’s what we did.” 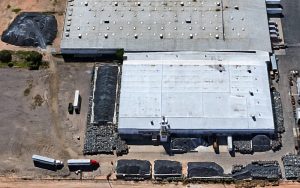 An eviction hearing regarding the Ohio site is scheduled for April 21.

Benham said the hearing will likely decide the fate of the company and whether it is able to restructure or is forced to close altogether. He also said if Closed Loop is evicted in Columbus, responsibility for handling CRT material stored there will fall “primarily” on the landlord and other entities.

“It becomes the landlord’s responsibility and, by the sounds of it, that’s what happening,” Benham said. “Let’s just look at what’s happened in the industry: [With] Creative Recycling Systems, the main guys walked away and were not part of the cleanup … and then it was cleaned up via insurance and landlords.”

The fall of Creative Recycling Systems, an East Coast processor that fell into bankruptcy in 2014, led to the biggest CRT stockpile the industry has had to deal with to date. The company left behind 30 million pounds of material, which is one-third of the rough weight estimate associated with Closed Loop.

“At the end of the day, everything’s inside, everything’s OK and it will all get cleaned up,” Benham said, adding that Closed Loop would be “helpful” in assisting with any cleanup necessary.

Harrison, the Phoenix landlord, said he is working with an outside lawyer and trying to figure out how to move the CRT glass stored at the site. Harrison has not pursued litigation against Closed Loop, but he acknowledged he will likely be facing a major headache moving forward.

“I just don’t know what the avenue is to get rid of this leaded glass,” Harrison said.

The slideshow below includes photos of Closed Loop Refining and Recovery (CLRR) sites in Ohio and Arizona. Hover over the slideshow to see arrows that can be clicked to advance through the photos. 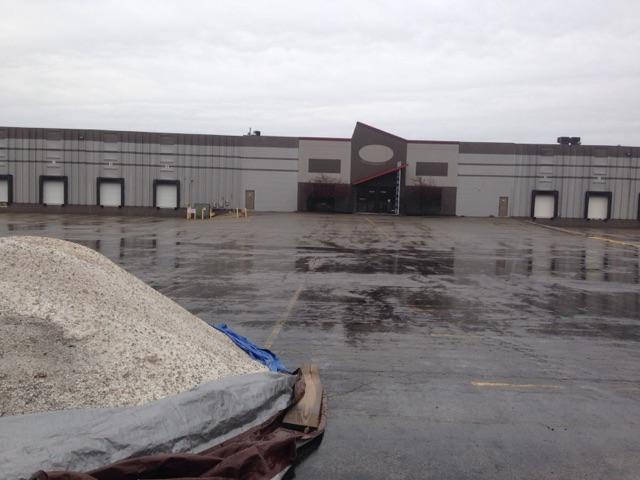