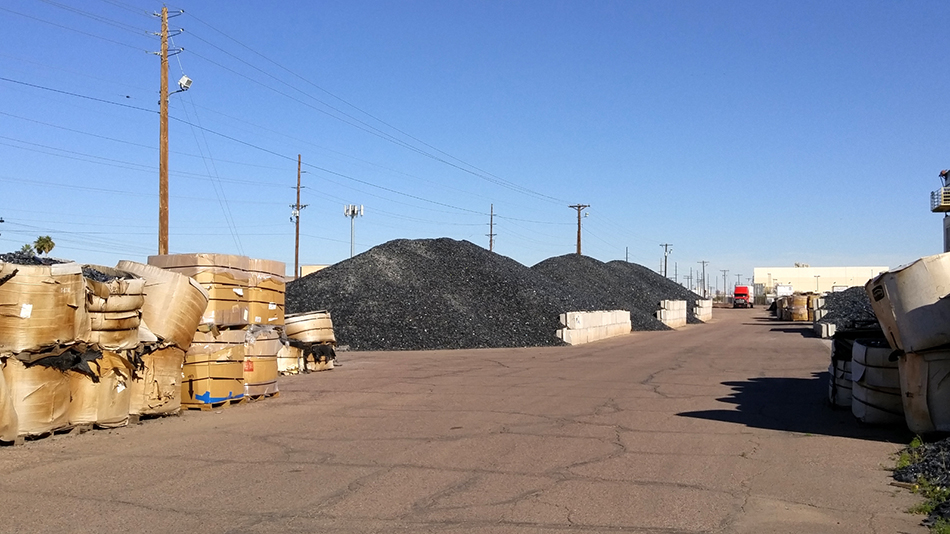 One of the country’s largest outlets for CRT glass, Closed Loop Refining and Recovery, is no longer certified to the R2 standard in Arizona and has seen its certification in Ohio suspended.

A representative from Closed Loop told E-Scrap News the business simply no longer sees value in the environmental standard and decided to not pay its fees.

However, in an interview with E-Scrap News, Paul Burck, the president of Orion, which is one of several R2-approved auditing firms and was Closed Loop’s auditor, said several nonconformances identified during fourth-quarter 2015 audits of the company’s Arizona and Ohio facilities had gone unresolved.

Though he did not detail the nonconformances raised, Burck said Orion staff held long-term anxieties about the amount of CRT glass being stored by the company and the fact that it still had not built a furnace to process the material.

“I can tell you that we’ve had a concern for several years because we’ve been concerned about the whole glass issue and where is the furnace? And that’s what everybody’s concerned about,” Burck said.

Audits not an issue?

Brent Benham, co-chairman and chief financial officer at Closed Loop, told E-Scrap News the audits aren’t the reason why the company no longer holds its R2 certifications. “We passed our audit inspection in October in both Arizona and Ohio,” he said. “I have no comments from them to say that we didn’t pass or any findings to say we didn’t. They have not communicated anything.”

According to Benham, the company chose not to pay dues related to renewing and retaining certification because the standard “provided no benefit to us.”

Founded in 2010, Closed Loop emerged as a prominent downstream option for CRT glass. The company has on multiple occasions said it plans to develop one or more furnaces that would be able to extract lead from CRT funnel glass.

According to records from the Arizona Department of Environmental Quality, Closed Loop reported having more than 47.5 million pounds of leaded CRT glass at its facility in Phoenix as of Dec. 31, 2015.

Officials in Ohio have not provided E-Scrap News with an estimate of how much material is housed by the company in that state. Closed Loop’s Ohio operation is based in Columbus.

Two years ago a company representative told E-Scrap News the business envisioned handling up to 72,000 tons per year between its two locations.

With its R2 certification set to expire on Feb. 4, 2016, Closed Loop was audited by Orion toward the end of 2015. Orion identified nonconformances at the Phoenix site, Burck said, but he said Closed Loop never addressed them, letting the certification expire about three weeks ago.

According to Burck, Orion visited the Phoenix headquarters as well as “multiple warehouses in Arizona.”

Meanwhile, a routine audit of the company’s Columbus facility in Ohio, which was supposed to be certified until Jan. 20, 2017, also revealed issues that needed to be resolved. According to Burck, Closed Loop again did not act and Orion suspended the Ohio certification late last week.

John Lingelbach, the executive director of SERI, which administers the R2 standard, added the following: “For some time now, SERI has been monitoring both of Closed Loop’s facilities and communicating with the company, Arizona DEQ and Orion. Orion’s actions come as no surprise and SERI supports them. Of course, the most pressing issue is the disposition of the glass. We certainly hope that Closed Loop responsibly manages all of it. In the alternative, the company’s closure plan must be implemented in a timely manner.”

SERI has asked Closed Loop to discontinue the display of the R2 logo on the Closed Loop website, Lingelbach said.

Closed Loop received a notice of violation in regards to its Phoenix site from Arizona DEQ in October 2014. The violation was the result of storage, labeling and leaded-glass accumulation issues.

Closed Loop’s Benham said the company is now in compliance with demands from Arizona regulators. “The real story is we’re in compliance, we’re processing and shipping off,” he said, “and we have customers and markets.”