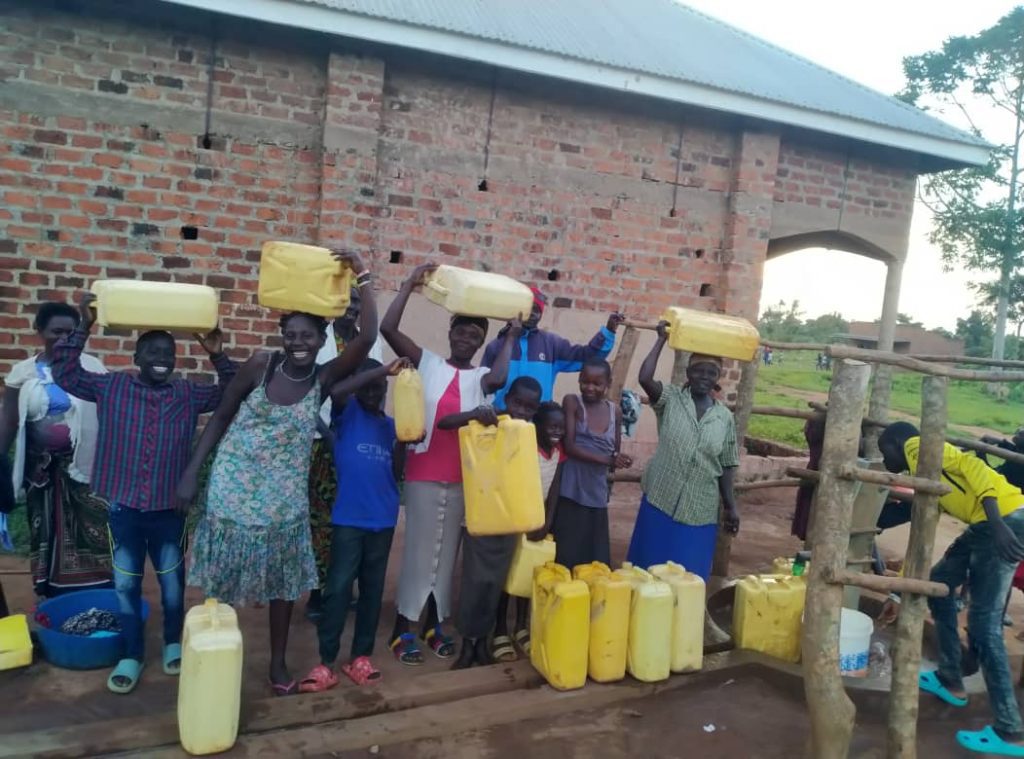 Denis Kweri was looking for a way to raise money to build wells and schools in his hometown, and aluminum cans were his solution.

Kweri came to the U.S. more than a decade ago as a refugee when a long-term civil war in Sudan split the nation in two. He now works for the city of Kansas City, Mo. as a senior administrative assistant in the water department.

In 2011, he decided to start collecting and selling cans from his apartment complex and different city buildings to pay to provide meals, clean water, schools and churches in South Sudan and nearby Uganda. The nonprofit he and his wife founded is called Kubi for Hope. Missouri does not have a bottle deposit system, so he sells the cans for scrap prices.

“Where can I find money to help these kids? Asking for money is hard,” Kweri said. “You can’t just walk into the street and ask, or go to corporate Walmart or Target and say, ‘I want to help my village, I need money.’ So I said, ‘I’ll recycle aluminum cans and take that small money and start doing something.’” 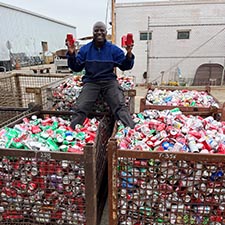 The inspiration came from Kweri’s early days in the U.S., when a host family took his family in and helped them adapt to their new country. Kweri credits their generosity, love and sacrifice as the driving force behind his plan to collect cans.

Remembering his upbringing in a Sudanese village that lacked clean water, walking miles to school without shoes and dealing with food scarcity, Kweri decided he wanted to make a difference for kids facing those same challenges.

The can collecting gained traction and soon Kweri was working with schools in his area. Local news media picked up the story and more partners came forward, including the Kansas City airport.

Kweri said the amount of cans he collects varies, but he picks up once per month and regularly fills the 12-foot trailer he tows behind his car.

“It does take a lot to produce that $50 or $100 from aluminum cans, but it allows me to clean our streets, to clean our homes, to clean all the toxins that will come from cans that go into water resources and contaminate them,” Kweri said.

“We need to lift our city and streets and homes and environment,” he continued. “To clean it so we can preserve this beautiful country and slow pollution in this great nation, in this country I love so dearly. And then the money that comes from recycling goes to help another village, so it’s a double win-win.”

Kweri also speaks at several local colleges and many elementary, middle and high schools to spread his message and empower others.

“I want people to know my story to encourage them, to empower them to do good things,” he said.

Kweri travels back to check on his projects every four years or so, working with his contacts in Uganda and South Sudan. He last went in 2016, and then was delayed due to the COVID-19 pandemic. His next trip, with his family, will be in August.

“I go to Uganda, because South Sudan is still not safe,” he said. “I direct support into South Sudan with connections with people there.”

Projects include providing meals to Kajo Keji, a town in South Sudan, Morobi refugee camp and Wampologoma village in Uganda. In Uganda, Kubi for Hope built a school and a church, and on Aug. 1, 2022, it installed its first water pump.

Kweri said the goal is to install more than 100 wells and keep expanding.

“I want this to grow. I not only want every village that doesn’t have water to have clean water, but every school and church that has been destroyed by the war, I want it to be rebuilt and finished,” he said. “And then I want to make sure that all these kids that don’t have food have food.”

Longer term, he’s also looking at ways to make people more self-sufficient, including building a tailoring center in Uganda where women can go and make extra money to help their families, who often survive off small-scale farms.

“It can be a resource to develop and support women so they can be self-sufficient and not only rely on a hand-down to them,” Kweri said, but “that is still in development.”

He also wants to start helping children in Kansas City with food insecurity, if he can expand his can collection to get enough funds.

“Supporting Kansas City and supporting my village in Africa, that’s my passion, that’s my call,” Kweri said. “That’s what I feel I was created for.”