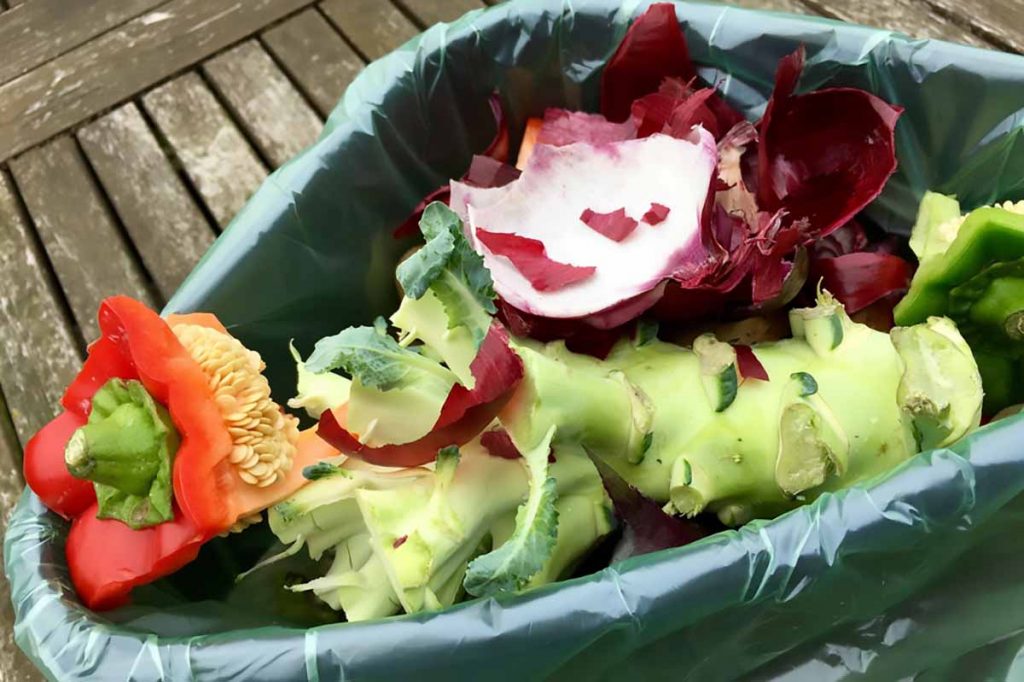 The Connecticut Department of Energy and Environmental Protection (DEEP) will help fund the collection of bagged food scraps and garbage in the same curbside containers. | Maerzkind/Shutterstock

The state of Connecticut is supporting a unique approach to organics diversion: collecting food scraps and garbage in separate plastic bags placed in the same curbside container.

According to a DEEP press release, many of them are modeled off a pilot project that was launched in the town of Meriden earlier this year. In that four-month project, which received $40,000 in state funding, 1,000 households were extended a “co-collection” opportunity, through which they could use two special bags: one green bag for food scraps and another orange bag for trash. Both were to be placed in the same bin and later separated by type.

A story in Connecticut Public Radio showed images of the bags being separated by hand at a private waste facility.

On Oct. 25, DEEP announced it would provide sustainable materials management (SMM) grants to 15 municipalities and three regional organizations to fund organics collection pilot projects, many modeled on the Meriden effort. The funding was proposed by Gov. Ned Lamont and approved by legislators.

One goal of the effort is simply to reduce the weight headed to disposal, with DEEP noting that food scraps alone make up about 22% of residential trash waste. Connecticut has limited disposal capacity, and after the closure of a waste-to-energy plant this summer, the state estimates up to 30% of its garbage will be shipped out of state for disposal, according to DEEP.

“The municipalities piloting these programs will lead the state in modernizing our waste management practices, a key to solving the state’s waste disposal crisis,” DEEP Commissioner Katie Dykes stated in a press release.