According to recent analysis of federal trade data, U.S. companies exported 4.28 million short tons of recovered fiber (excluding recycled pulp) during the first three months of 2022, down less than 1% year over year. The trade numbers show India, Mexico and Vietnam are still the top three destinations for U.S. material, although shipments to Mexico have increased substantially since the first quarter of 2021. Meanwhile, China’s role as a downstream for U.S. material continues to dwindle. In the first quarter of this year, China slipped to No. 10 on the list of top destinations for U.S. fiber, down from No. 9 in the first quarter of 2021. Before the country’s National Sword campaign began in 2018, it was by far the largest overseas consumer of U.S. fiber bales. 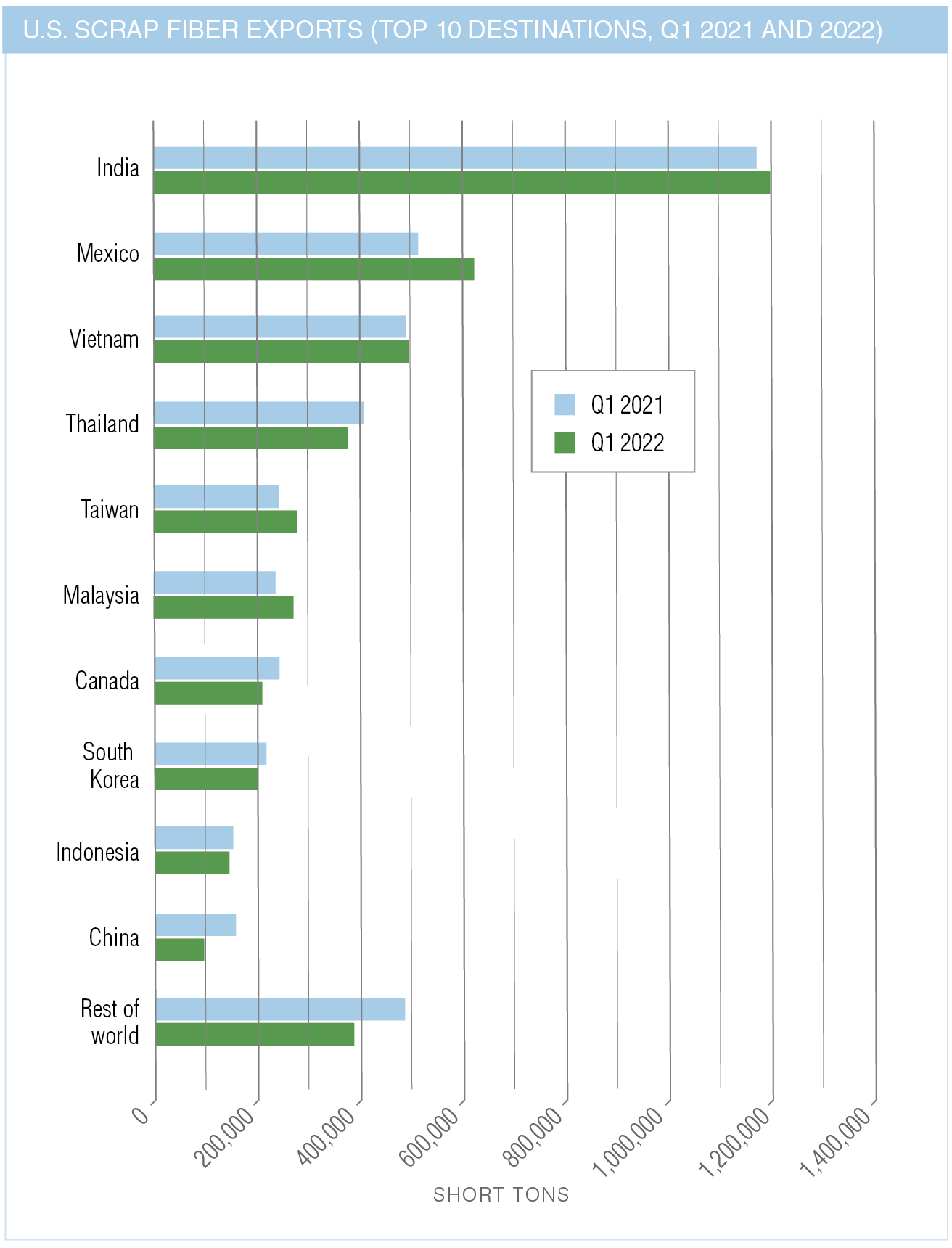