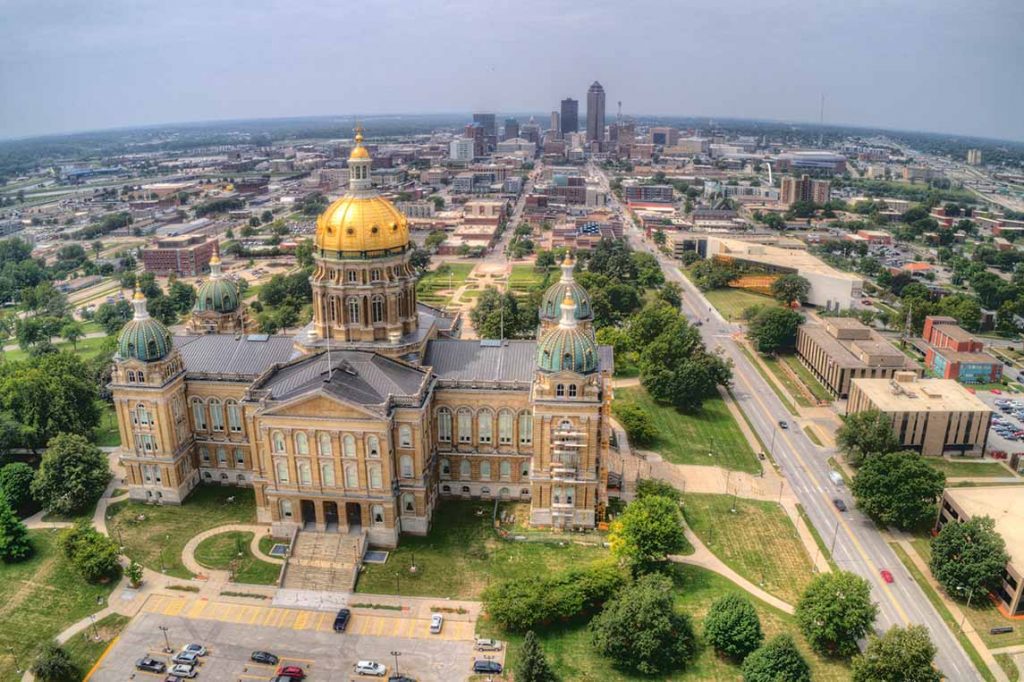 Iowa lawmakers have approved container deposit legislation that triples the bottle handling fee but allows grocery stores and other retail entities to opt out of the collection system, a fact that could significantly reduce redemption access.

Senate File 2378 was sent to Gov. Kim Reynolds on May 23. She has 30 days to sign it. The passing of legislation comes after years of unsuccessful efforts to update the program.

The current deposit law allows consumers to return all carbonated and alcoholic beverage containers to grocery stores and other retailers, as well as redemption centers, to get back a 5-cent deposit. Redemption centers and retailers currently get a 1-cent handling fee for any container they take in.

There has been a pronounced push for both new and updated bottle bills at the state and federal levels in recent years, at times with more private-sector backing as container manufacturers look to increase recycling rates and get their material back for use toward recycled-content targets. The Iowa bill has advanced much further than most other deposit bills this legislative session.

Previously, the Iowa Recycling Association (IRA) suggested three fixes for the state’s deposit system: increasing the handling fee for all points of redemption to 3 cents; updating enforcement efforts against those who break the law by refusing to redeem eligible containers; and requiring retailers to continue redemption programs.

Elizabeth MacKenzie, president of the IRA, told Resource Recycling that SF 2378 does have aspects the association has wanted for years, such as increased handling fees paid to redemption centers and retailers on a per-container basis. However, parts of it also worry MacKenzie, particularly the redefined convenience metrics and opt-outs for retailers.

“We’ve been working to get the handling fee increased for a number of years,” MacKenzie said. “It hasn’t been increased since the bottle bill was initially passed. Going from 1 cent to 3 cents was a big deal and very important to us.”

Troy Willard, IRA board member and owner of the Can Shed, a redemption center with locations in Cedar Rapids, Marion, Iowa City, Hiawatha and Manchester, said in an interview with Resource Recycling “it was my opinion that 2 cents was never going to be enough.” The Iowa bottle bill went into effect in1979, and Willard noted it’s now been 40 years without a pay increase for redemption centers.

He added he’d like to see a system to increase the fees in the future based on the consumer price index. Willard noted the increase to 3 cents may encourage some people to open new redemption centers. He said at his company the first impact from the boost would be better wages for staff and investments in new technology.

MacKenzie said she hopes that increased fee will incentivize more retailers to continue to accept bottles despite the new option under the bill to opt out.

“We’ve been working to get the handling fee increased for a number of years. It hasn’t been increased since the bottle bill was initially passed. Going from 1 cent to 3 cents was a big deal and very important to us.” – Elizabeth MacKenzie, Iowa Recycling Association president

Retailers can opt out

Both draft bills allowed retailers to opt out of redeeming bottles and cans. Detractors have said the change would reduce access for many people. The grocery industry has lobbied for the opt-out, which ultimately made it into the final bill.

Retailers could opt out via an agreement with a mobile redemption system or redemption center as soon as the bill is signed, or they can wait until the effective date of Jan. 1, 2023, to use one of the other opt-out routes.

Any entity that opts out will have to “conspicuously display on the front door of the dealer’s place of business a notice that the dealer does not accept empty beverage containers” and the location of the nearest approved redemption center.

Right now, about 2,000 establishments in the state take back cans and bottles, including retailers, MacKenzie said. If every eligible retailer opted out, 60 would be left, a “pretty dramatic drop” that would hurt redemption levels.

Willard said his redemption centers are mostly in eastern Iowa, where they have the benefit of a denser population, but in the western and southern parts, the “population just isn’t there to be able to support redemption centers.”

“You’re still going to have some underserved areas, especially if retailers decide not to participate,” he said.

MacKenzie said in many places, a 10- to 15-mile drive could be far longer than 10 minutes, and it can mean the difference between someone redeeming their containers or choosing not to.

All changes in the bill would become effective Jan. 1, 2023, which could be tough on redemption centers, MacKenzie said. With no ramp-up period between the handling fee increase and potentially having to take in more containers as retailer locations close, they will not be able to upgrade infrastructure to prepare.

Get more redemption insight in the  “Material Takes on Deposit Systems” session at the 2022 Resource Recycling Conference. The panel brings together decision-makers to explore how redemption programs can be built to most effectively bring recycled content back to the manufacturing pipeline. Read more about the full session lineup and register today for the Aug. 15-17 event.

“We feel like there is going to be this lag of infrastructure,” she said.

Senate File 2378 also creates a barrel tax refund for beer distributors of 1 cent, makes unredeemed deposits the property of beverage distributors, establishes civil enforcement authority and civil penalties, and creates a bottle bill fund. The fund would handle any fees or civil penalties collected. Under the bill, it’s $2,000 per violation for anyone who violates any part of the bill.

For any person who “knowingly attempts to redeem a beverage container that is not properly marked,” the fine is no more than $10 per container, but not to exceed $5,000 per attempted transaction.

Willard said the IRA has been pushing for better enforcement for years, but he thinks with the number of retailers that will likely opt out, the stricter enforcement is “a moot point.”

The bill also establishes a fiscal review committee that is supposed to meet prior to the 2026 session to assess all enforcement actions and collections of civil penalties, how many redemption centers have been approved and the adequacy of the reimbursement amount. The committee is directed to submit a report of its findings and recommendations to the general assembly no later than Jan. 31, 2026.

MacKenzie said she hopes the review committee will be able to “address some of the shortfalls that might come down the road.”

In late March, state Senate lawmakers passed SF 2378 on a 31-18 vote. All but one Republican voted yes, with Democrats voting no. The House had its own bill, so lawmakers met to reconcile the two. SF 2378 passed the Senate May 23 with a 30-15 vote after the House approved it in April.

Some Republican legislators said they would repeal the entire container deposit law if a fix was not agreed upon this legislative session. In a recent Iowa Capital Dispatch story, Sen. Bill Dotzler, D-Waterloo said he sees this bill, particularly the opt-out, “as the first step of just totally eliminating the bottle bill.”

“I think that’s going to be the true test of some of these changes: Can we get to what we had or better? It’s going to take some work.” – Troy Willard, Iowa Recycling Association board member and owner of the Can Shed

Willard said he worried that lag between capacity and increased demand on redemptions could cause lawmakers to say the changes to the bill aren’t working and to scrap the bill entirely.

Looking forward, MacKenzie and Willard both said that expanding the bottle bill to include non-carbonated beverage containers would be a good move.

Willard said not including them confuses consumers, and the added volume would make the program more feasible in rural, less densely populated areas.

“I’m also a Container Recycling Institute board member, so that’s where I’ve seen a lot of these other states make improvements to their bottle bill and seen evidence of what works and how well it works,” he said.

MacKenzie said increasing the deposit from 5 cents to 10 cents is also on the IRA’s wish list, because it’s seen success in other states. However, she said convenience is still king.

“We’ve tried to promote the things we think would strengthen our bottle bill and make it as convenient as possible for consumers, because when it comes down to it, it doesn’t matter if it’s 5 cents or 10 cents. If it’s not convenient, they’re not going to do it,” she said.

“Adding the non-carbonated bottles, that would be fantastic, but I think at this point the biggest concern is just making sure we can keep the bottle bill successful so we can keep it in the state,” MacKenzie added.