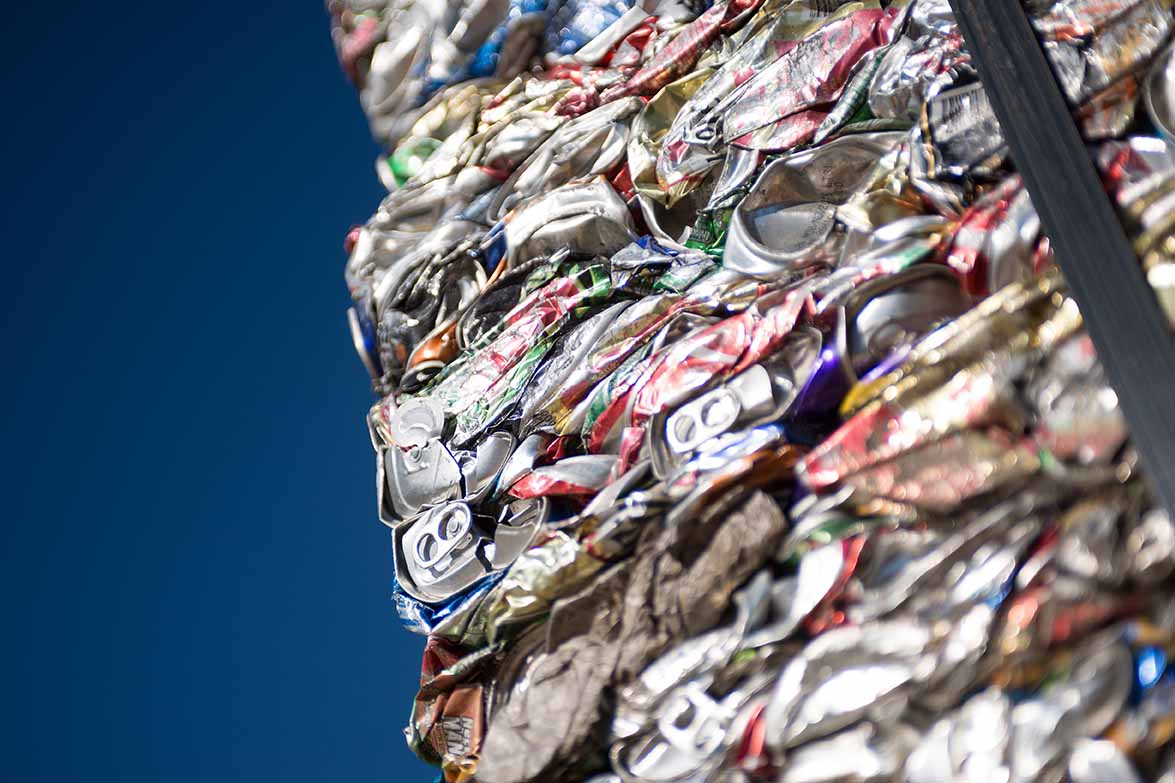 Globally, Novelis is currently capable of recycling 82 billion aluminum cans a year. A new plant will add to that capacity. | Courtesy of Novelis

A huge aluminum recycling and rolling plant in the South will greatly expand Novelis’ capacity to recycle used beverage cans.

The company, which is already the largest U.S. recycler of used beverage cans (UBCs), on May 11 announced it will build an aluminum recycling and rolling facility in Bay Minette, Ala. The facility, which will utilize renewable energy, will have an initial production capacity of 600,000 metric tons of finished aluminum goods per year.

According to Novelis, the $2.5 billion plant will be the first fully integrated aluminum mill built in the U.S. in four decades.

According to a press release, Novelis is seeing strong demand from customers for flat-rolled sheet for aluminum beverage cans, based on the recyclability of the metal packaging. One of those customers is Ball Corporation.

“As the world’s leading supplier of infinitely recyclable aluminum beverage packaging, Ball is committed to creating a circular economy within the aluminum industry and decarbonizing the value chain is fundamental to this work,” Ron Lewis, Ball’s chief operating officer for global beverage packaging, stated in the release. “Novelis’ new recycling and rolling plant will not only add much needed domestic production of sustainable aluminum here in North America but will do so while decreasing the carbon footprint of the products we create.”

Globally, Novelis is currently capable of recycling 82 billion aluminum cans a year. The project, which is expected to begin coming on-line in mid-2025, will expand its capacity to about 97 billion cans a year, or an increase of about 18%, according to a company spokesperson.

Novelis’ annual report, which was also filed on May 11, notes the Atlanta-based company is experiencing greater demand for can sheet partly because beverage brands are moving from plastic and glass to aluminum packaging. That’s for a number of reasons, according to the report: recyclability, ease of drink filling, shipping efficiency, metal’s gas and light barrier properties and more.

The release notes that over half the capacity of the new facility will be used to produce aluminum beverage can sheet for North American markets. Because of the alloys in them, UBCs are most often recycled into new cans, as opposed to automotive or construction materials.

The remainder of the plant’s capacity will produce aluminum sheet for automakers, which are increasingly using the material to reduce weight and improve fuel efficiency.

In terms of weight of recovered metal, Novelis purchased or tolled over 2.2 million tons of recycled metal during the 2022 fiscal year.

To boost UBC feedstock supply for the new facility, “Novelis has been working to develop circular economies for aluminum through state and federal public policies, as well as through partnerships with customers and other stakeholders on new approaches that encourage and incentivize U.S. consumers to recycle more often,” the press release states.

For example, Novelis is one of the companies in November that backed a Can Manufacturers Institute (CRI) announcement that the industry would fund lobbyists to push lawmakers to support container deposit laws, which generate greater volumes of cleaner scrap material. The other stakeholders behind the campaign are aluminum sheet suppliers Constellium, Kaiser Aluminum and Tri-Arrows Aluminum, and beverage can manufacturers Ardagh Metal Packaging, Canpack, Crown Holdings and Envases.

Aspirations for a low-carbon facility

In the release, Steve Fisher, president and CEO of Novelis, noted the greenfield development in Bay Minette, which is not far from the city of Mobile on the Gulf Coast, will be capable of future expansion beyond 600,000 metric tons of production capacity.

The plant will sport environmental-minded features, aiming to be carbon neutral for Scope 1 and Scope 2 greenhouse gas emissions. Scopes 1 and 2 cover direct emissions from company operations and emissions associated with a facility’s energy usage, respectively. For example, it will be primarily powered by renewable energy, use recycled water, divert waste from landfill and utilize rail transportation. The plant will also use technologies such as artificial intelligence, augmented reality and robotics.

The plant is expected to create up to 1,000 jobs. The release notes that site work is now under way, with commissioning expected to start in mid-2025.

Globally, Novelis already has recycling operations at 15 of its plants. In the U.S., the company runs seven recycling operations that re-melt post-consumer aluminum and recycled process material, mostly derived from UBCs and automotive scrap. The largest North American end market for Novelis’ products is beverage can sheet.

In addition to the Bay Minette announcement, Novelis recently announced a $130 million project to boost recycling capabilities at its Oswego, N.Y. plant, and it announced plans to build a $365 million recycling facility in Guthrie, Ky. focused on recyclined aluminum scrap generated by the production of automotive components.

Novelis is a subsidiary of Hindalco Industries Limited, a metals company owned by Mumbai, India-based conglomerate Aditya Birla Group. The 2022 fiscal year report, which covers the year ending March 31, 2022, noted that Novelis shipped a total of 4.08 million metric tons of product and tallied net sales of $17.1 billion last year, up 6% and 40%, respectively, from the year before.