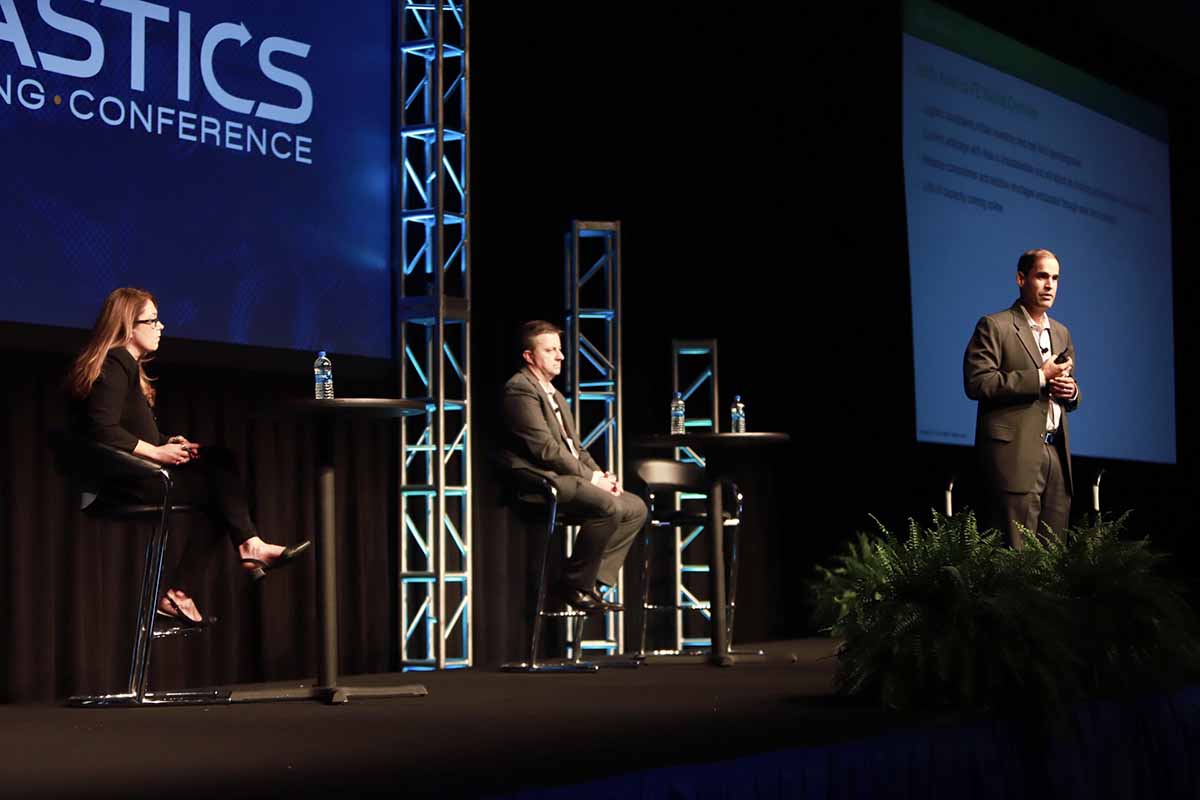 Post-consumer HDPE and PP prices have been hot lately, and they’re likely to stay that way given consistently strong demand and relatively slow supply increases, according to one market expert.

“For those that are expecting PCR to go back to where it was pre-COVID, I would say you need significant demand destruction or you need significant supply to pop up pretty quickly, and I don’t see either one of those coming,” said Joel Morales, executive director for Polyolefins Americas at IHS Markit. “Now if we hit global recession again and there’s pressure from brand owners to cut costs, that could change things. But I would budget significant premiums over virgin for PCR.”

He was speaking during the resin pricing outlook plenary session at the 2022 Plastics Recycling Conference, which was held in March in National Harbor, Md., near Washington, D.C. The session included insights on polyolefins and PET from Morales and Marcelo Wasem, resin market experts at IHS Markit, a global consulting and research firm.

Moderating the session was Roxanne Spiekerman, vice president of business development for plastics reclaimer PreZero US and incoming board chair of the Association of Plastic Recyclers (APR).

The price of recycled natural HDPE has been high, driven by “pretty stagnant” collection but strong demand from global brand owners for recycled content in their products and packaging, Morales said.

His firm doesn’t produce a forecast of post-consumer natural HDPE pricing, but if you asked him whether he thinks it’ll come back down to levels on par with virgin, he’d say no.

Regarding PE and PP markets as a whole, a number of factors have increased prices lately, Morales said. Demand has been strong since the pandemic started; in fact, demand for PE/PP grew by 9% in 2021, even while the prices kept rising.

“Last year, there was no demand destruction because of price,” he said. “Amazing.”

Higher oil prices and lingering supply chain constraints add to the PE and PP prices, Morales said. And because global freight issues will complicate imports of virgin plastic, he expects some U.S. companies to buy local, even if it means paying a higher price.

That being said, IHS Markit sees ample global PE and PP production capacity outstripping demand, driving down capacity utilization at plants. Supply-demand imbalance should push down prices; the complicating factor, however, is that global freight problem, which will make it harder for overseas resin producers to ship their products to the U.S., meaning domestic suppliers may face less competition, putting upward pressure on prices.

For recycled resin, Morales foresees constrained supply as helping to support higher pricing. A new plastic recycling plant may supply 90-100 million pounds of recycled resin to market, but a new prime plastics plant could bring billions of pounds. And when asked about the supply impacts of upcoming chemical recycling plants, specifically, Morales doubted they’d have an immediate impact, for the same reason.

“Our view is post-2030 when you have a significant amount of volume in the market to maybe really make a difference,” Morales said. Even then, the pyrolysis oil generated by the chemical recycling technologies will be split up to produce different chemicals and polymers, diluting the impact of the recycled feedstock in any one particular plastic market.

He anticipates higher plastics prices overall in the next year or two.

“For recyclers, I think the news is good going forward because we’re going to have a higher price forecast of crude for this year, for next year,” Morales said. “Imports of resin will be expensive for this year and next year, which means resin prices – even though there’s more supply coming – they’ll be higher than you think, which should support recycled prices for the foreseeable future.” 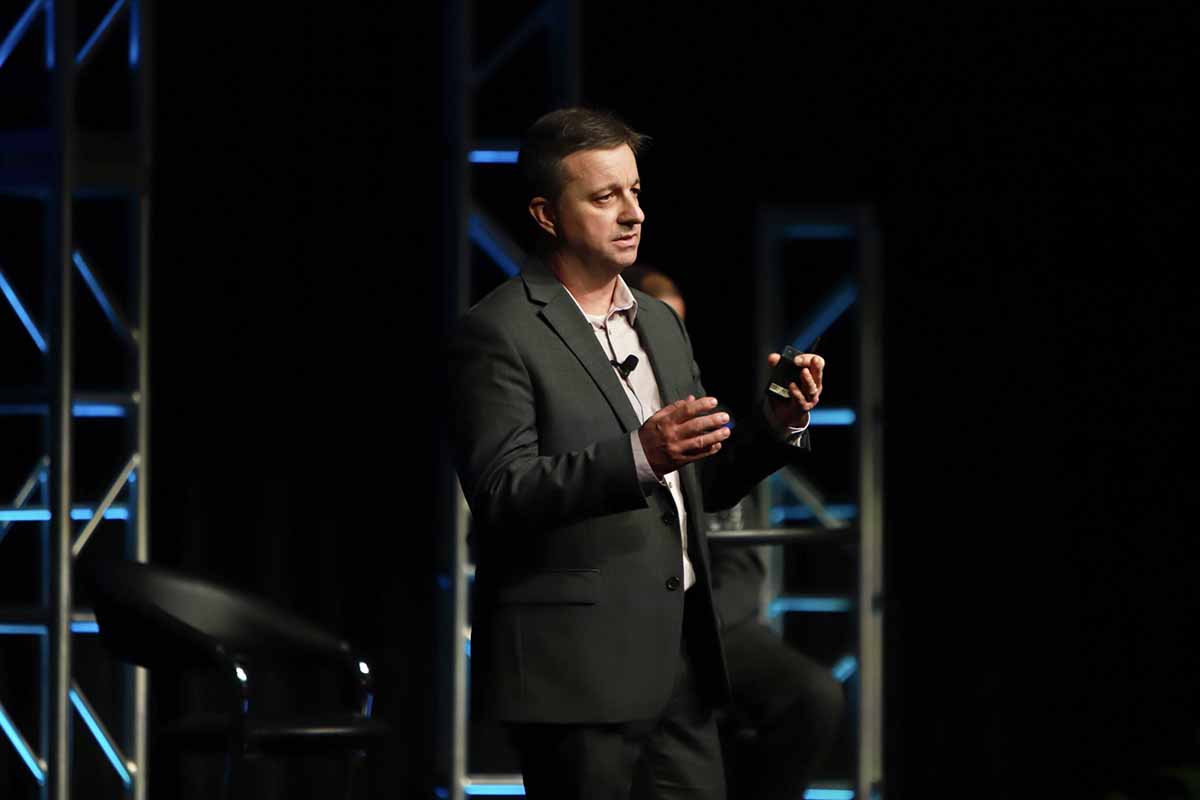 Wasem echoed that numerous factors are pushing up prices for PET, as well, but the market will continue to suffer from an oversupply in the longer term.

COVID-19 supercharged consumer demand for PET products, particularly beverage bottles, and that demand hasn’t waned over the past two years. At the same time, lots of home remodeling work during the shutdowns increased demand for the PET fiber often used in carpet, he said.

“Global trade has some challenges as well, not only in terms of costs to the chain but also in terms of the logistical operations.” – Marcelo Wasem, IHS Markit

Meanwhile, the supply side has encountered kinks in the hose. After the pandemic initially affected plastic production in the U.S., hurricane seasons in 2020 and 2021 further disrupted plastic plants in the Gulf Coast region. Last year, the winter freeze in Texas also halted production at facilities that produce chemicals used in PET.

Adding to the issues are the supply chain bottlenecks, a result of shortages in truck drivers, shipping containers and port labor. Ocean freight rates skyrocketed in 2021, particularly for routes bringing cargo from East Asia to U.S. West Coast ports.

“Global trade has some challenges as well, not only in terms of costs to the chain but also in terms of the logistical operations,” he said.

Oil prices have been particularly volatile, driven partly by Russia’s war in Ukraine and the resulting international sanctions on Russia, a major oil and gas exporter. And then there are the tariffs and anti-dumping policies, he noted.

All of the factors contribute to higher prices, and IHS developed a short-term prime PET price forecast of $2,300 per metric ton, or over $1.04 per pound.

Further back up the chain, bales of curbside PET bottles are selling for over 33 cents a pound in the U.S., notching a recent record high, according to RecyclingMarkets.net.

Over the longer term, IHS Markit sees an oversupply of virgin PET production capacity, Wasem said, pointing to large plants that have been built or are planned. As a result of greater production capacity than demand can support, plants’ operating rates will drop and profit margins will be compressed, Wasem said.

“The PET market will continue to be oversupplied, considering the huge investments,” he said.
A version of this story appeared in Plastics Recycling Update on April 6.