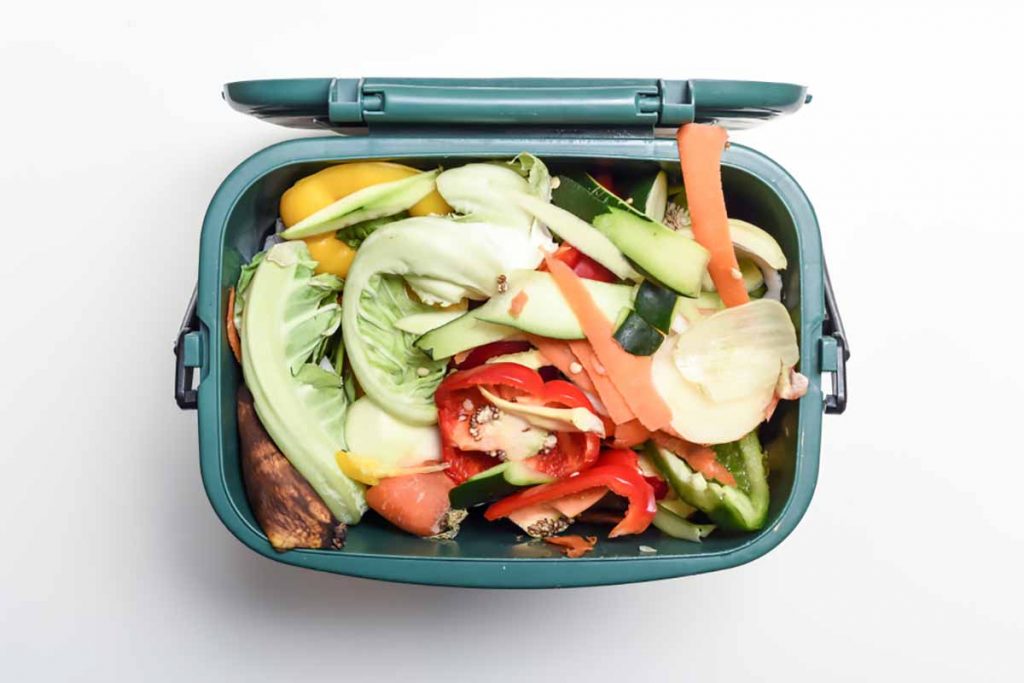 Starting in 2022, California law will require that every municipality across the state provide organics collection service, among other mandates. | Thomas Holt/Shutterstock

In January, California municipalities must begin meeting requirements of what some stakeholders are calling the most significant waste reduction legislation in decades.

Senate Bill 1383, approved by lawmakers and signed by the state’s governor in 2016, contains a number of provisions designed to increase organics diversion in the state. The goal of the legislation is to reduce the greenhouse gas emissions associated with landfilling organic materials.

Regulators with the California Department of Resources Recycling and Recovery (CalRecycle) have been working for multiple years to set how the law will be implemented. Starting in January 2022, the law will require that every municipality across the state provide organics collection service, procure set amounts of recovered organic waste products, and ensure that certain foodservice businesses donate eligible food to food recovery organizations.

Even in a state with some of the most expansive materials recovery legislation in the country, the organics law stands out for its scope.

“I think that SB 1383 is the biggest piece of legislation we’ve had around waste reduction in decades here in California,” said Jeff Becerra, communications manager for StopWaste, a public agency that represents municipalities throughout Alameda County in the San Francisco Bay Area. “It’s very significant.”

It’s a sentiment shared by the head of CalRecycle, who recently told the Associated Press the law will bring the most significant change to California’s trash stream since the 1980s.

Differing challenges based on geography

Beginning in January, SB 1383 will require that municipalities procure 0.08 tons of compost, or 160 pounds, per person in a given jurisdiction. These targets can be met by government agencies buying compost, mulch, biofuel and electricity from recovered organics.

CalRecycle last month published the 2022 target amounts for each county and city. For Oakland, the largest city in Alameda County at nearly 436,000 residents, the target is nearly 35,000 tons for the year.

All told, the cities and unincorporated communities throughout Alameda County will have a target of procuring 132,528 tons of recovered organic waste products in 2022.

Becerra of StopWaste said these targets are particularly challenging because there will be an increased market demand for the same pool of compost and mulch. The targets as they’re written are somewhat unrealistic, Becerra said.

“Even though we’ve had a lot of work done over the years, it’s still going to be quite a struggle to meet the procurement requirements,” he said.

In a more rural county, the challenge is flipped. The Humboldt Waste Management Authority (HWMA), which works on behalf of jurisdictions throughout Humboldt County, anticipates increasing collection access will be difficult on the food scraps side.

Humboldt County jurisdictions have hired a consulting firm to help plan for how they will come into compliance. Some of the county’s municipalities will likely be granted waivers, which CalRecycle allows for in certain areas with low population or low waste generation, among other criteria.

“Obviously, just like a lot of other rural counties, going forward we’re going to have to take some pretty drastic steps to expand all kinds of organics processing and collection,” Keller said.

Keller said jurisdictions throughout the county have already been purchasing a lot of compost materials from a local green waste processor.

“We’ve got a pretty decent hold on that, and I think that’s perfunctory to some of the other challenges,” he said.

One of the components coming on-line in January is a requirement that certain businesses donate edible food to food recovery organizations. These businesses, classified as “food donors,” include grocery stores and supermarkets, food distributors, wholesale vendors and foodservice providers.

These businesses “typically have more produce, fresh grocery, and shelf-stable foods to donate,” according to CalRecycle.

A second tier of businesses – including restaurants, hotels, large venues and event centers, and more – will need to donate edible food beginning in 2024.

Some local jurisdictions are helping to provide outreach and assistance.

“One aspect that we’re supporting our cities with is connecting with food recovery organizations,” said Alma Freeman, a program manager at StopWaste in Alameda County.

In some cases, donation arrangements between food generators and food recovery organizations have been in place prior to the mandate. This might be a nonprofit food donation group accepting edible food from a grocery store, for example.

Keller noted that in Humboldt County, there are a number of food banks that have been “really ahead of the curve” when it comes to saving and donating edible food.

“Our county, as a whole, we do that pretty well,” he said.

With SB 1383 will come inspections and enforcement of these requirements.

“At this point, it’s become essentially 25% of our budget,” said Becerra of StopWaste, noting that most of that is staff time. He said the agency has an $11 million annual budget.

The financial considerations are even more pronounced in rural counties. Keller, in Humboldt County, said some of the requirements associated with the collection mandate will be expensive to meet. He gave the example of ensuring collection totes are uniform.

“That’s an enormous amount of money to jurisdictions that aren’t LA, San Diego,” he said.

The League of California Cities, Californians Against Waste and others wrote to state lawmakers earlier this year, asking for $225 million in local assistance for cities tasked with implementing the organics mandate. The letter noted that the $225 million alone would be insufficient for the state to meet the organics targets.

The League requested the legislature provide minimum payments of $200,000 to each county and $125,000 to each city in the state. Additional funding was requested for cities and counties on a per-capita basis.

A similar budget request was signed by numerous jurisdictions, advocacy groups and companies, including Waste Management and Republic Services.

A state-commissioned impact assessment for the organics mandates estimated implementation costs would total $20.9 billion between 2019 and 2030.

During the last round of comments on the regulatory development, received from April 2020 through May 2020, many cities described concerns with spending resources on organics diversion while strained by the pandemic.

“Like the State of California, local jurisdictions are experiencing significant budget shortfalls due to the COVID-19 pandemic,” wrote Wendy Sommer, then-executive director of StopWaste. “Staff lay-offs are expected, and many cities have still not recovered from the previous recession and were already understaffed, questioning how they would find the resources to implement SB 1383.”

CalRecycle responded to many of the comments, noting that the agency lacks the discretion to delay many of the regulations because SB 1383 set into statute a 75% organics diversion mandate the state must hit by 2025.

This rate “will not be achieved if implementation of the regulatory requirements that are designed to achieve this target are significantly delayed,” the agency wrote.

However, CalRecycle told jurisdictions it acknowledges the difficulties the pandemic caused for local governments, and that the agency will focus on providing technical assistance in response to these hurdles.

The agency said it will work on “compliance assistance first and reserve enforcement discretion for egregious offenders.”