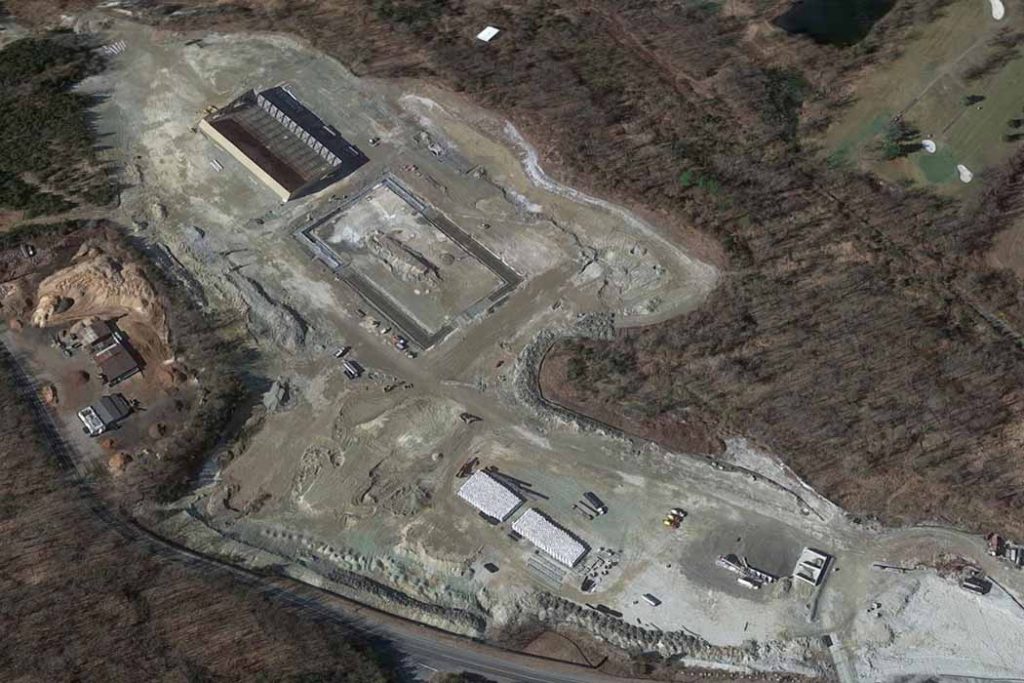 A company working to build a post-consumer glass sorting facility in New Jersey has failed, and its equipment is being auctioned. Meanwhile, environmental regulators are suing the business over contaminated glass piles.

Pace Glass, which already operated a small glass recycling facility in Jersey City, N.J., has been working since 2018 to build what was originally described as a $90 million facility to sort and clean up post-consumer glass for use by bottle producers and other manufacturers.

The facility, in the small central New Jersey borough of Andover, was supposed to be big enough to take much of the glass generated by MRFs in the Northeast region. The construction company working on the project described it as the “world’s largest glass recycling plant with a production capacity of more than 15,000 tons of commercial-grade recyclable glass per week.”

Now, the company has closed and equipment is being sold at court-ordered auctions to pay back creditors, documents obtained by Resource Recycling show.

Additionally, Pace Glass is being sued by the New Jersey authorities.

“[The] complaint alleges that Pace’s stockpiles of crushed glass mixed with other solid waste are causing contaminated stormwater run-off, which in turn jeopardizes the environment and public health,” according to an Oct. 8 press release from the New Jersey Attorney General’s Office. “The stockpiled glass is also a source of dust and odors that impact the quality of life of nearby residents, and multiple fires occurred at the site in May 2021, directly threatening public safety.”

The president of Pace Glass is Efstathios “Steve” Valiotis. He founded Alma Realty Corp., which is now a large New York City landlord and real estate development company. He also has investments in the banking, construction supplies and the plumbing businesses.

His son, George Valiotis, serves as CEO of Pace Glass. In a 2018 interview with Resource Recycling, George Valiotis noted that his father was backing the Pace Glass venture financially and was working with banking institutions, while George and business partner Michael Mahoney (now deceased) handled the material and cullet sales.

Documents obtained by Resource Recycling show that on Sept. 15, 2021, Efstathios Valiotis deeded Pace Glass and its property to a lawyer who has been assigned trustee for the benefit of Pace’s creditors. The move followed a March 29 authorization signed by George Valiotis, who owned a minority share in the Pace Glass, to liquidate the company.

Trucks and trailers are now being sold through a court-ordered online auction, according to A.J. Willner Auctions. The auction house noted that the auction is just the first phase of the liquidation, and a second auction for the Jersey City glass recycling facility will take place at a later date.

The lawsuit filed on Oct. 8 by the New Jersey Department of Environmental Protection (NJDEP) notes it believes Pace stopped operating and laid off its employees around June 2020.

George Valiotis could not be reached by Resource Recycling for comment.

The liquidation documents list Efstathios Valiotis as a creditor who is owed $38.7 million, by far the largest sum on the list. The next closest is $1.1 million owed to a company called Dundee LLC.

At the time, Valiotis said his company had leased space on the site to store material in anticipation of the opening of the Andover facility. The company was working to clean out the property, he said.

On June 15, 2021, Pace Glass and Valiotis reached a settlement with the Jersey City prosecutors in which the defendants agreed to pay a $10,000 fine.

It’s unclear how much material remains in storage at the sites. The state lawsuit says NJDEP estimates the Caven Point Avenue site contains up to 40-foot-high stockpiles and up to 300,000 cubic yards of crushed glass mixed with plastic, paper, food scraps and other materials (the lawsuit also names as a defendant Reliable Paper Recycling, which owns the Caven Point Avenue property leased by Pace, and Reliable’s owner). But NJ.com reported a city spokesperson said the majority of the site has been cleaned up.

It’s also unclear which Valiotis – father or son – the state intends to sue. The lawsuit named “Efstathios Valiotis” as a defendant but said he goes by “George,” while also identifying him as both president and CEO.