Here are the details on recycling exports in the third quarter 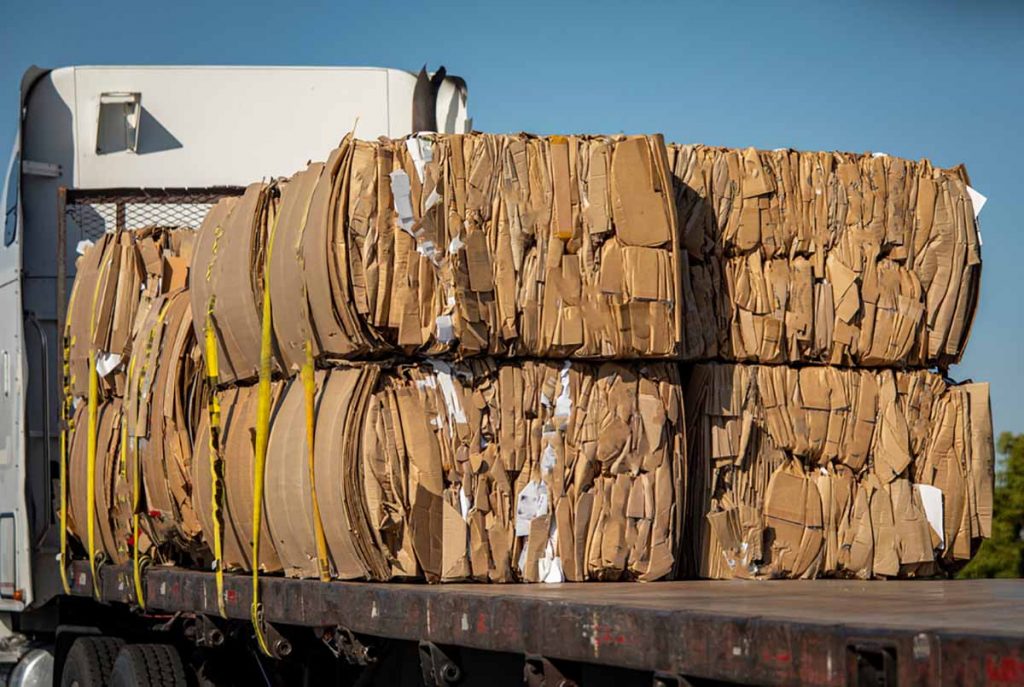 Paper and plastic exports continue to trend lower than in previous years, even as shipments increase to certain countries, recent figures show.

The U.S. Census Bureau (part of the U.S. Department of Commerce) recently published export numbers for September, allowing for an analysis of the third quarter of 2020.

China remains the largest buyer of U.S. fiber, importing 1.86 million short tons during the third quarter, or 44% of all recovered fiber that left the U.S. China’s continued prominence as an export market is particularly notable, because the country is poised to ban imports of recovered fiber beginning in January.

As China gears up to end recovered fiber imports, the U.S. recycled pulp export market is gaining steam, and it is largely concentrated on shipping material to China.

The growth in pulp exports will likely continue in the coming years – at least one new mill plans to export pulp almost entirely to China. 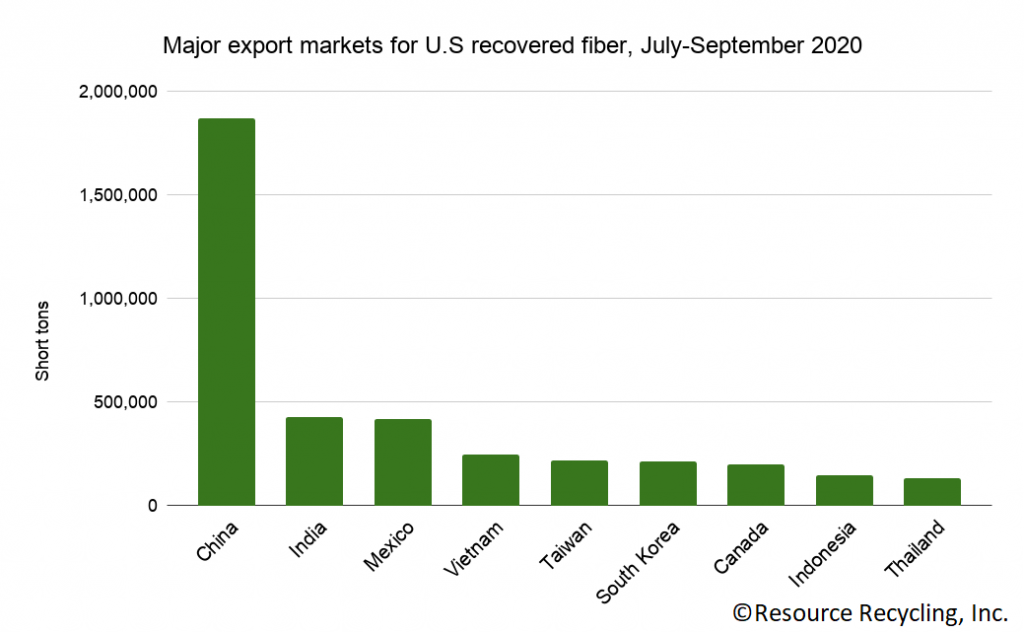 Plastic exports to Malaysia on the rise again

U.S. scrap plastic exports in the third quarter of 2020 were up compared with the same period a year earlier. However, year-to-date exports are down in 2020.

Some of the import volumes represented a significant shift from the prior year, and even the prior months in 2020. Malaysia’s third-quarter U.S. plastic imports were nearly triple what they were in the third quarter of 2019. And it was Malaysia’s largest quarterly import volume since mid-2018, when the country began taking steps to restrict plastic imports. 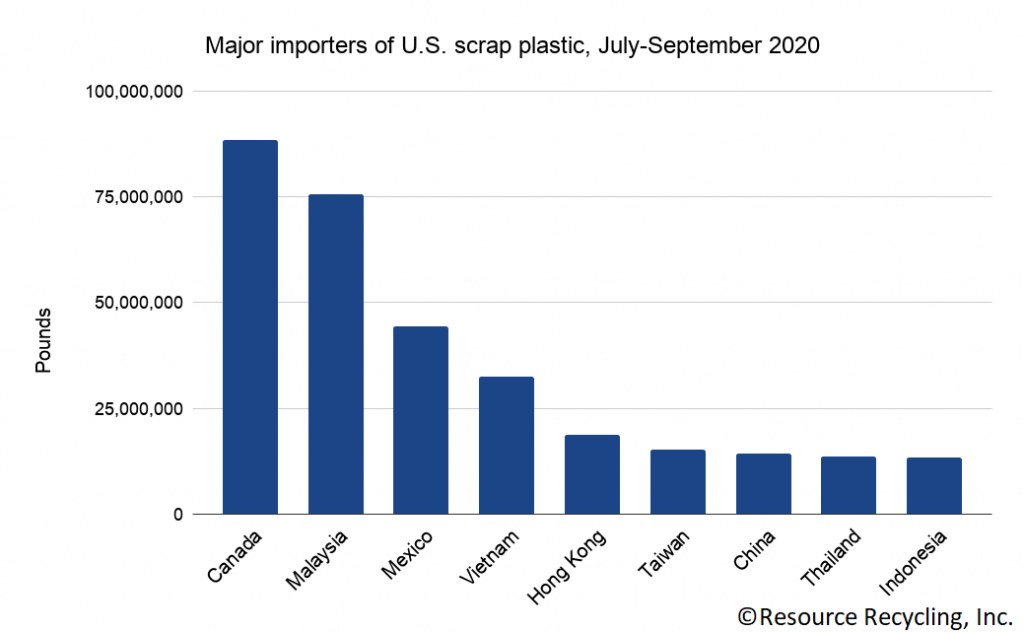