The Recycling Partnership and ACC back fees to lift recycling 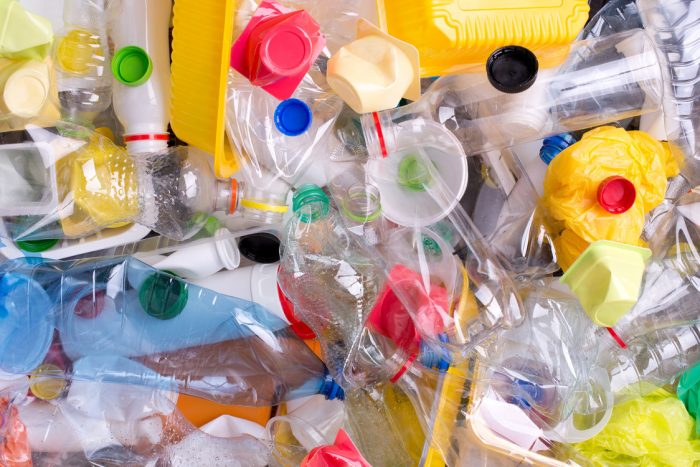 The Recycling Partnership on Sept. 29 released “Accelerating Recycling,” a policy document outlining a proposal that includes fees paid by brands and packaging producers – this money would be earmarked for residential recycling infrastructure and education.

“Accelerating Recycling” also goes into details on a per-ton disposal fee that could be required at landfills, incinerators and waste-to-energy plants, with the revenue going to local governments for recycling programs. That surcharge would come in addition to current tip fees at those disposal sites.

“Embedded in collaboration across government, non-profits, and for-profits, this uniquely American approach outlines how brands are key to supporting expanded infrastructure and innovation while communities gain much-needed funding to operate programs,” wrote Keefe Harrison, CEO of The Recycling Partnership.

Soon after, the American Chemistry Council (ACC) published a document indicating, among other policies, support for packaging fees across multiple material types as well as disposal fees to equalize the costs of disposal versus recycling.

Chris Jahn, president and CEO of ACC, connected the policy support to the organization’s goals of ensuring 100% of U.S. plastic packaging is recyclable or recoverable by 2030, and that all that material gets recycled, recovered or reused by 2040.

“Solving the problem of plastic waste in the environment cannot be successfully addressed by our industry alone,” Jahn wrote. “Achieving our goals will require ongoing and expanded cooperation among plastic producers, manufacturers, brands and retailers, recyclers and waste haulers, as well as citizens, communities, nonprofits and policymakers.”

‘Decades in the making’

The announcements that these organizations will support packaging fees has made waves in the recycling sector.

“I think it’s really important to start off by acknowledging the historical significance of what just happened,” said Kate Bailey, policy and research director for Eco-Cycle, a nonprofit MRF operator in Boulder, Colo. “Brands have gotten together and put together a proposal to put real money into the recycling system. I think that’s a sea change moment. This has been decades in the making.”

The announcement from the corporate sector also caught the attention of lawmakers who have promoted aggressive recycling legislation.

Sen. Tom Udall, D-N.M., a co-author of the federal Break Free From Plastic Pollution Act, said the support for fees indicates a change in the national conversation around waste.

“The debate is no longer about if producers should be contributing to the clean-up of plastic and packaging waste, but rather, how much,” Udall noted in a statement shared with Resource Recycling.

The ACC document offers basic support of certain packaging fees and disposal fees, but The Recycling Partnership goes much further into the details around bringing both types of financing into effect.

The Recycling Partnership is backing “a packaging and printed paper fee paid by private-sector brands to support residential recycling infrastructure and education.” Under the plan, a third-party organization such as a stewardship group would “set and collect fees based on the established needs, and disburse funds in order to meet statutory goals.”

Fee proceeds would be distributed for “system improvements” identified by a needs-assessment process. Funding could go into collection infrastructure – curbside recycling carts or new drop-off recycling locations, for instance – and processing infrastructure that might include MRF improvements.

Money would also be available for consumer education and outreach.

The fees outlined by The Recycling Partnership would be paid by brands based on the amount of packaging and printed paper sold in the retail sector, including e-commerce. The program would offer “eco-modulation” discounts for materials that include recycled content, are designed with recyclability in mind, and have other environmental design characteristics.

“By placing an additional surcharge on disposal to address the economic as well as environmental impacts of throwing away recyclable materials, this solution could generate a new funding source for local governments to support recycling operations,” the policy document states.

Oversight and authority for these fees “could be managed at the state or federal level, depending on the legislative approach,” the document states.

Too much burden still on taxpayers?

In his statement, Udall of New Mexico pointed to some concerns within the proposal from The Recycling Partnership, noting that it does not go as far as his legislation does to tackle waste.

“Proposing packaging fees for producers, as this proposal does, is a step in the right direction, but the burden of cleaning up this excessive waste would still largely fall on taxpayers,” Udall said. “I appreciate this contribution to the debate and look forward to engaging with The Recycling Partnership and its corporate members on how these policy proposals fit within the framework of the much-more comprehensive Break Free From Plastic Pollution Act.

“Requiring companies to take true responsibility for their excessive waste and pollution is the only way we will tackle our colossal plastic waste problem,” he noted.

Bailey of Eco-Cycle noted there was no mention of extended producer responsibility (EPR) in The Recycling Partnership’s policy proposal. And the nationwide disposal fee also raised apprehension.

“This is really pushing a blanket fee on all taxpayers regardless of how much they contribute to the problem or solution,” Bailey said. With the packaging fee and with an EPR model, consumers have the buying power to choose alternative products, she added.

The Recycling Partnership acknowledged in the document that the disposal surcharge would often be paid by local governments, which typically cover the cost of trash collection and disposal through taxes or fees charged to residents.

But the group noted that communities will also receive money through the system.

“The anticipated revenue they would receive back for recycling operations would be greater than the amount paid due to the current use of MSW facilities by both the residential and commercial sectors,” the report stated.

Bailey also expressed concern that The Recycling Partnership proposal focuses exclusively on residential recycling, without including strategies to lift recycling in the commercial sector or more efficiently handle streams such as organics.

Still, despite the initial questions, Bailey reiterated that the policy shift is an important sign of progress, especially in areas with lagging recycling rates.

“This is the kind of systemic change that’s needed,” she said. “We can’t go city by city to roll out programs – we’ve been trying to do that for 30 years, [and] it’s only gotten us so far.”