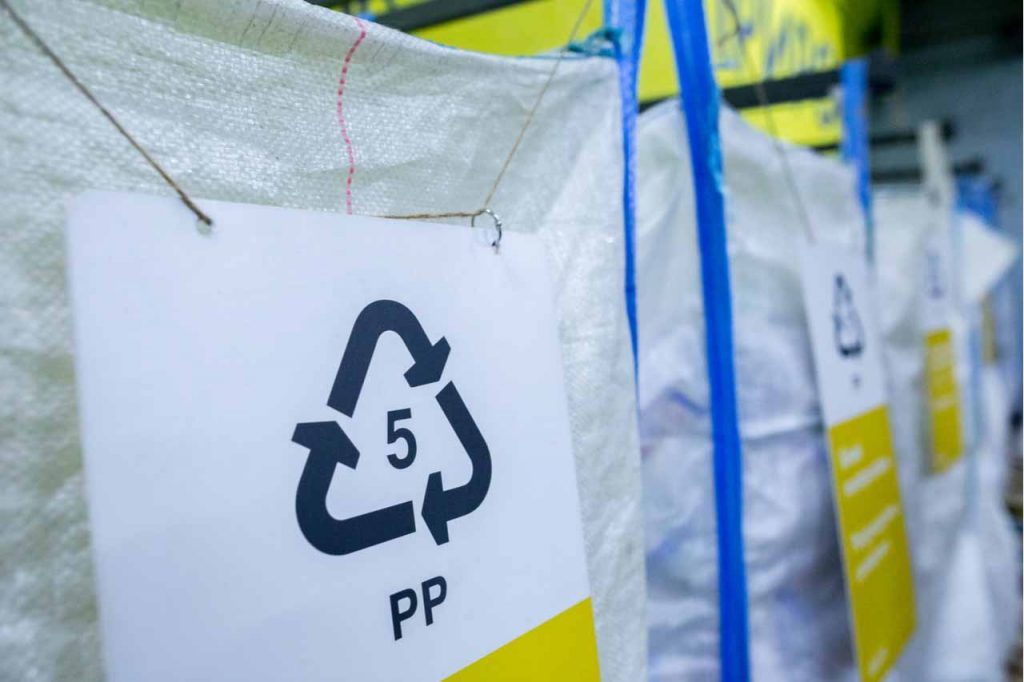 According to The Recycling Partnership, single-family households in the U.S. may be generating as much as 1.6 billion pounds of recyclable PP scrap each year. | Sodel Vladyslav/Shutterstock

An initiative from The Recycling Partnership will provide millions of dollars in capital to help sorting facilities install equipment for PP recovery.

The Polypropylene Recycling Coalition, which is a project of The Recycling Partnership, will provide grants to materials recovery facilities (MRFs) for optical sorters, robots, conveyors, or other equipment or facility improvements needed to allow the sorting and marketing of PP. In addition, some of the grant proceeds can be used to educate the public about the acceptance of PP in that community’s recycling program.

“Together, we can stimulate a systemwide shift to increase the capture of polypropylene and demand for recycled content. We encourage all companies that use polypropylene to be part of the solution,” Keefe Harrison, CEO of The Recycling Partnership, stated in a press release. “The Polypropylene Recycling Coalition’s work to improve and increase the recovery of polypropylene will support jobs, preserve natural resources, and help build a circular economy in the United States.”

According to The Recycling Partnership, single-family households in the U.S. may be generating as much as 1.6 billion pounds of recyclable PP scrap each year.

According to the RFP, all MRFs in the U.S. are eligible to apply, regardless of public, private or nonprofit ownership or operation. The money can’t be used for staff costs, collection equipment, land or building purposes, or any other purposes not directly related to PP sorting, according to the document. However, up to $75,000 can be used for outreach expenses to let the public know PP is accepted in the program.

Funding is currently anticipated to be capped at $500,000 per grant, not counting an additional $75,000 that can be awarded for outreach, according to the RFP. Applicants should expect to make their own cash expenditures, and they are encouraged to seek matching grants from other sources, the document notes.

Grant applications will be accepted on an ongoing basis, with no deadline to apply.

A version of this story appeared in Plastics Recycling Update on July 8.