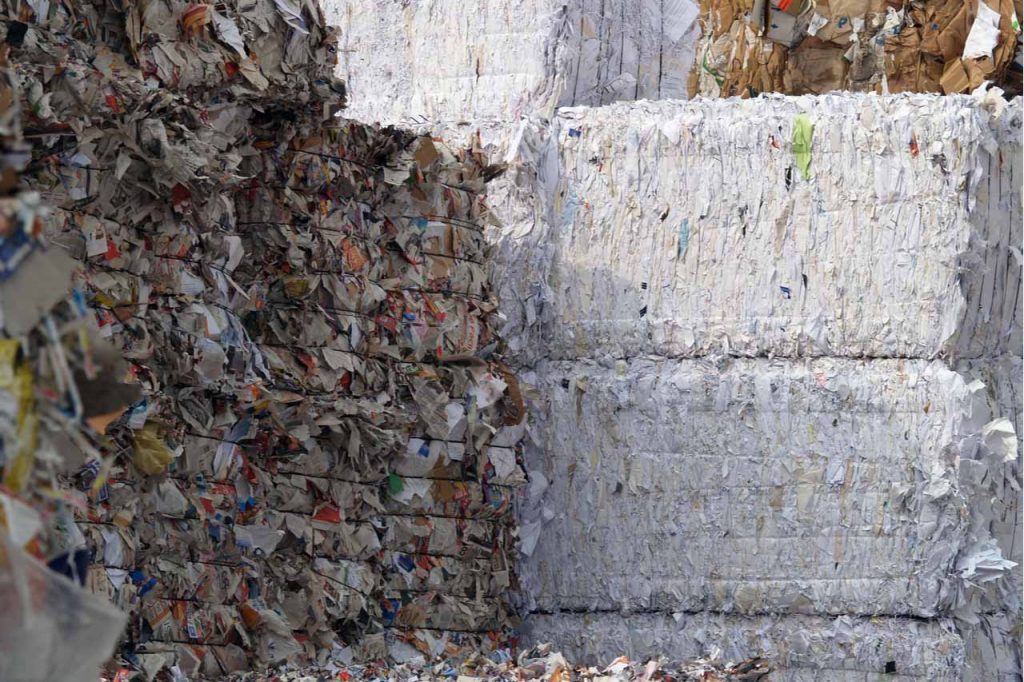 A $125 million recycled paper pulp mill in Pennsylvania will source more than 500,000 tons per year of mixed paper and OCC. The facility will ship its product to China.

The Empire Recycled Fiber mill is in development in Fairless Hills, Pa., on the site of a decommissioned steel mill complex. The facility will be looking to bring in 505,000 tons per year of recovered fiber from nearby regions, said Bill Moore of Moore & Associates. He presented on behalf of the project team during a recent virtual meeting of the Association of New Jersey Recyclers.

The mill’s output will be 440,000 tons per year of recycled paper pulp, which paper manufacturers will use as a raw material. The mill will use “state-of-the-art” processing technology, Moore explained, to produce and dry the pulp to 10% moisture content. Then, the material will be wrapped, baled and exported to China.

The recycled pulp mill will fill a market void left in the wake of China’s National Sword import restrictions. Recovered fiber has become far more difficult to ship into China due to the policy actions, but pulp made from recovered fiber does not face the same import scrutiny.

Empire Recycled Fiber has a Chinese paper producer as an equity partner, and that same company signed a 20-year offtake agreement for the pulp. The project team has not publicly named the partner company, which holds a majority ownership in the Pennsylvania facility.

“You’ve always got to start out with a customer,” Moore said.

Empire will source scrap material primarily from eastern and central Pennsylvania, as well as New Jersey. The facility will also look to Maryland, Delaware and New York as secondary sourcing areas, Moore added.

The Pennsylvania mill is looking for long-term supply contracts, and it will begin buying recovered paper in late 2021 as the facility gears up for a 2022 startup.

Early work on the mill project began about a year ago, Moore said, and the team plans to close on financing during the third quarter of 2020. Full construction work is planned to start this fall and take a year to 14 months.

Once operating, the plant will employ roughly 110 full-time manufacturing employees.

Project leaders are already working with numerous recovered paper suppliers, including Waste Management, Canusa Corp. and more. The mill is looking for long-term supply contracts, Moore explained, and will begin buying recovered paper in late 2021 as the facility gears up for a 2022 startup.

Substantial disruption in recovered paper markets contributed to the development of the Empire project.

“They don’t have enough fiber to run their mills,” Moore said. As alternatives, the Chinese industry’s sourcing options are to increase domestic fiber collection, use more virgin pulp, use finished products such as linerboard, or import recycled paper pulp.

The first three options are taking place to some extent but are either not supplying enough material or are financially challenging. Domestic collection can only increase so much, Moore noted, because a substantial portion of containerboard boxes produced in China end up getting shipped abroad. And using virgin pulp and finished products carries significantly higher costs than raw recovered paper or recycled pulp.

The latter option is becoming more and more popular. China’s import restrictions do not extend to processed material made from recovered fiber, and in recent tariff talks the Chinese government lifted import duties on U.S. recycled pulp.

Chinese imports of this material from all countries quadrupled from 2016 to 2019, Moore noted, hitting nearly 1 million tons. Next year, he estimated, the country could import 3 million tons of the material.

Last year, a paper processing equipment supplier reported receiving numerous orders for recovered fiber processing plants outside China. Many of these operations have been located in Southeast Asia, where the proximity to China means fewer logistical hurdles. Pulp can be shipped in its wet form from Southeast Asian producers because the trip is short enough to avoid moisture-related damage to the material. Pulp originating further from China needs to be dried before transit.

U.S. mill operator Sonoco Products recently reported it shifted some of its recycled paperboard production capacity to instead produce recycled pulp, and the company has been shipping that material to China. Nine Dragons, the largest paper company in China, has purchased multiple U.S. recycled fiber mills in part to ship recycled pulp to the company’s manufacturing operations in China. Earlier this year, a separate recycled pulp facility project was announced in Chesapeake, Va.