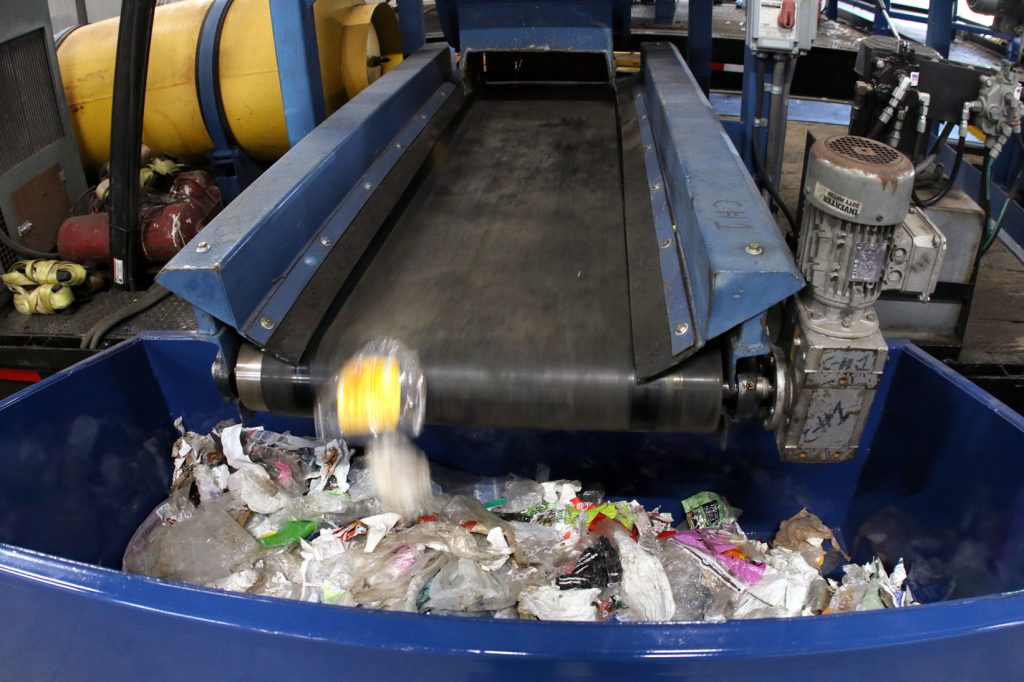 The Materials Recovery For the Future (MRFF) initiative last week published its findings after working with the J.P. Mascaro TotalRecycle materials recovery facility (MRF) in Birdsboro, Pa. for over a year.

Implications for the MRF

The MRFF project provided the TotalRecycle facility with significant equipment upgrades at no cost to the MRF. The project estimated these upgrades would cost other recycling programs between $2.25 and $2.41 per ton of recyclables processed. That figure varies based on local landfill tip fees and bale revenues.

TotalRecycle plans to continue and expand its ability to sort out flexible packaging. According to the report, the MRF decided to make additional equipment improvements this year.

During the second quarter of 2020, TotalRecycle planned to add a quality control station on the flexible packaging bale stream, allowing for manual removal of large paper and other contaminants, the report stated. The facility also planned to install an air hood over a quality control optical sorter, conveying picked flexible packaging to the rFlex stream. And the MRF planned to relocate a drum feeder to be in line with the presort, in an effort to reduce clumping and increase material spread.

“All of the above actions are expected to improve the [flexible plastic packaging] recovery rate,” the report stated.

Beyond testing the viability of curbside film recovery, the project provided the TotalRecycle MRF with several benefits from installing the flexible packaging sortation equipment, including cleaning up more traditional commodities it produces. The facility saw a 70% contamination reduction in its mixed paper and old newsprint bales, according to the report.

The MRFF project will publish results of the recent equipment upgrades on its website.

A version of this story appeared in Plastics Recycling Update on June 17.