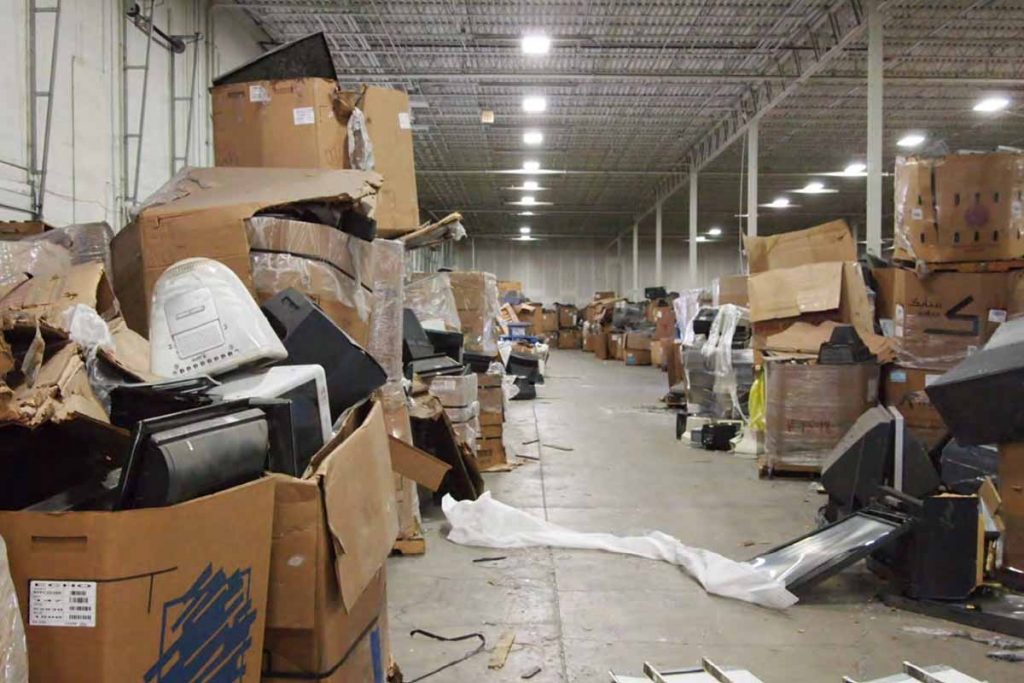 Electronics recycling company Novotec will be paid up to $14 million to recycle or dispose of over 128 million pounds of materials from old TVs and monitors that were abandoned in warehouses in Ohio, newly released documents show.

The Columbus facilities hold roughly 128.2 million pounds of cathode-ray tube (CRT) materials. CRTs are vacuum tubes used in old, bulky TVs and monitors. Made with both leaded and unleaded glass, they are a negative-value commodity, and companies must pay to have them properly recycled or safely disposed of. Of the 128.2 million pounds in the Columbus facilities, about 113.8 million pounds consists of mixed leaded and unleaded crushed glass likely destined for landfill, not recycling, the documents indicate.

The cleanup plan covers two warehouses along Watkins Road in southeast Columbus. Closed Loop also had a third Columbus warehouse, on Fairwood Avenue, that holds about 30 million pounds of CRT materials. A cleanup plan for that space has not yet been made public.

In addition to stored material, the facilities have some processing equipment. An EnSafe report noted 1675 Watkins Road has areas where Closed Loop dismantled display devices and crushed glass. Next door, 1655 Watkins Road had a small area where crews would dismantle devices.

A dry-run of the cleanup and decontamination process took place at 1655 Watkins Road in summer 2019. Crews established a contamination reduction zone and cleaned and removed about 186,000 pounds of projection lenses for processing by Novotec.

According to recently released documents, consulting firm Atwell in 2017 estimated tonnage totals for different materials at two Columbus, Ohio warehouses formerly occupied by Closed Loop Refining and Recovery. The details are below.

EnSafe’s plan includes a four-year estimated timeline for the cleanup and decontamination of both warehouses. It’s unknown when the Ohio EPA will approve the plan. A public comment period is currently scheduled through May 20. An official at the Ohio EPA noted the plan is still under a comment period and declined to respond to additional questions. 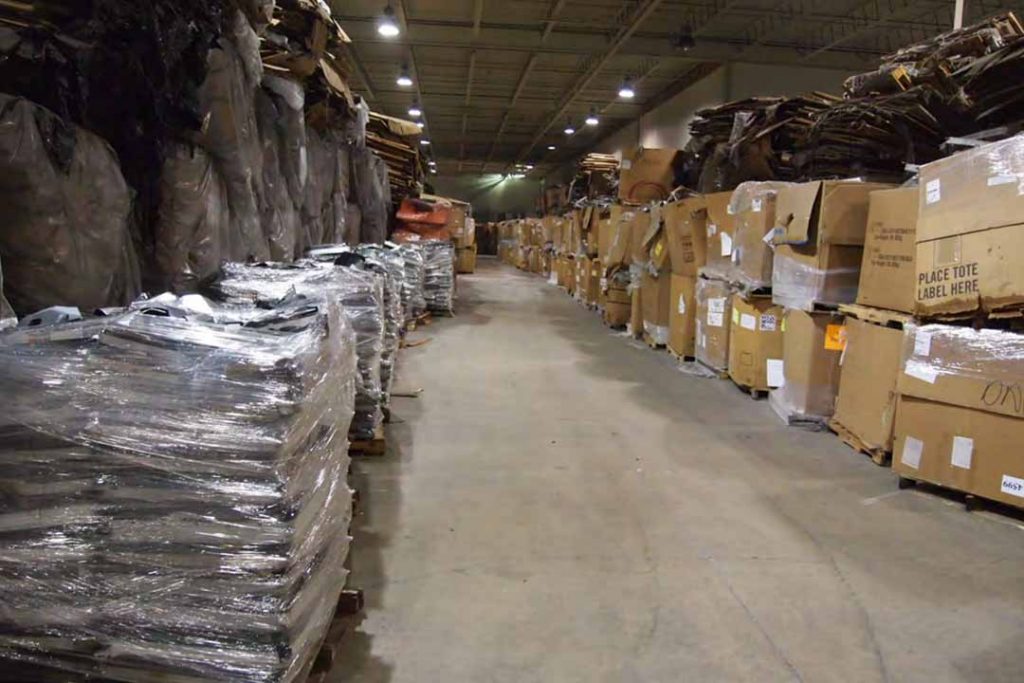 Court records show that, to date, 23 companies have agreed to settle and pay out a combined $2.67 million, although not all settlements have yet been considered by the judge.

Already over $400,000 has been spent for evaluation and planning, as well as the projection-lens cleanup project, the documents show. The records show the Ohio EPA approved of expenditures from an escrow account to fund the projection lens work. 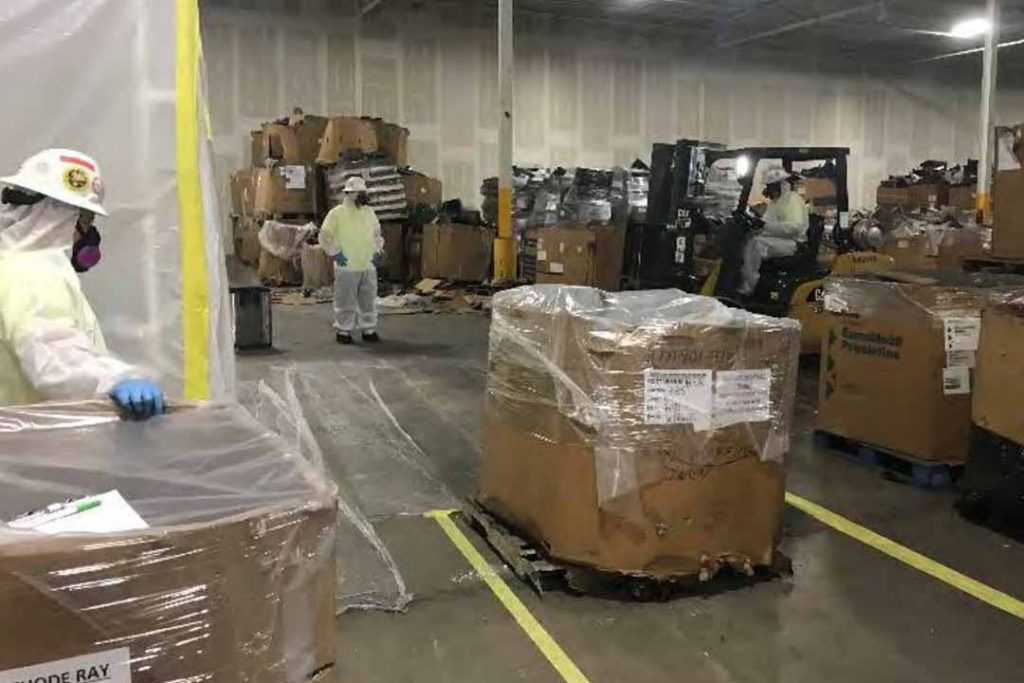 Environmental Management Specialists proposed to load the material, not transport or recycle it. Atwell determined bids from BCS/Glassico, ERI and Kuusakoski were not competitive. Additionally, Kuusakoski’s bid was tossed out because the Illinois-based company was involved in shipping CRT materials to Closed Loop in the first place.

Hazardous Waste Expert, Novotec and URT were the top three bidders, Atwell concluded. Novotec, which has the low bid, was identified as the preferred contractor.

On April 13, 2020, Novotec’s CEO, Tom Bolon, submitted a revised bid, noting that some prices increased over the past four years. For example, the price quote for whole display units increased from 16 cents per pound in 2016 to 22 cents, because of increased downstream market rates, higher transportation costs, increased labor costs and additional activities needed for this particular project. Those transportation, labor and site-specific costs increases also drove the price for removing mixed glass from 9 cents per pound in 2016 to 10.25 cents, Bolon wrote.

Novotec’s bid proposal is not a formal agreement with Garrison Southfield Park, but indicates the parties will work to draft a formal deal based on its terms and conditions. 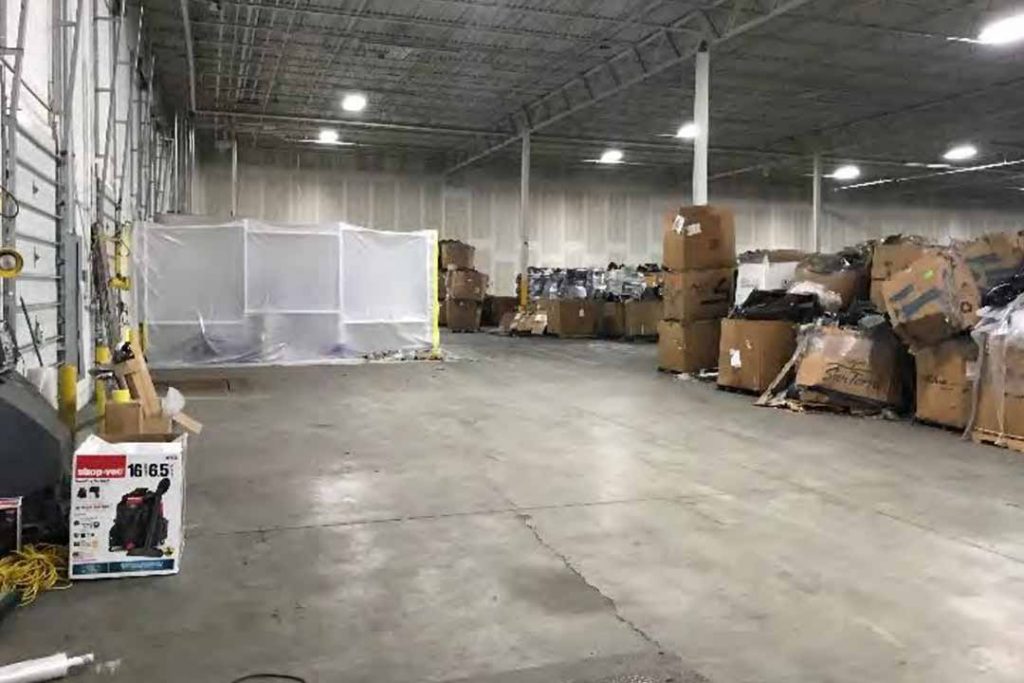 At 1655 Watkins Road, crews established a contamination reduction zone, through which they removed about 186,000 pounds of material for processing by Novotec.

In his bid proposal, Bolon wrote that he anticipates his facility will process some of the CRT devices for recycling. Novotec’s Columbus facility, which is only a six-mile drive from the warehouses, disassembles display devices and processes CRT glass into a feedstock desired by smelters. The company previously served as the primary pipeline sending leaded CRT glass to Glencore’s smelter in New Brunswick. After Glencore shut down that facility late last year, Novotec inked agreements to supply the Teck smelter in Trail, British Columbia and Korea Zinc smelter in Ulsan, South Korea.

But even before it stopped taking glass, Camacho decided it didn’t want the Closed Loop material, according to EnSafe’s report. Novotec relayed that Camacho wasn’t interested because Closed Loop hadn’t properly sorted the material during initial processing and glass crushing, leaving a mix of leaded and unleaded glass with some plastic and metal fragments.

A version of this story appeared in E-Scrap News on May 14.