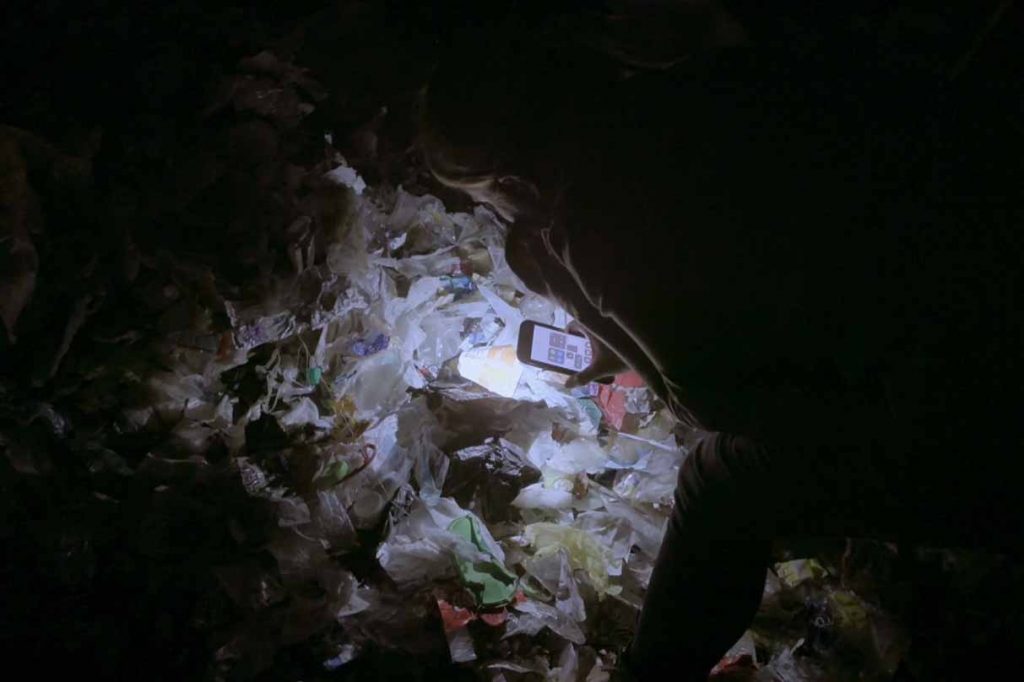 That quotation from Russell came in “Plastics Wars,” an hour-long episode aired by PBS investigative news show “Frontline” last week. (Russell, who retired from the ACC earlier this year, was the head of the group’s plastics division at the time he was interviewed.)

The “Frontline” report has been on the recycling industry radar for some time now. In fact, the Resource Recycling editorial department offered industry background information to “Frontline” producers in mid-2019.

The depth of reporting “Frontline” was clearly doing around plastic waste and the show’s reputation for in-depth insight seemed to offer hope that we’d be in for a well-researched perspective on why plastics mismanagement keeps happening – and what we as a society should be trying to do about it.

Surprisingly, however, the news show puts its focus on the relationship between the plastics industry and recycling, failing to note some important recycling realities in the process. What is lost is an opportunity to investigate the deeper factors at the heart of plastics pollution.

Through research and interviews with former plastic executives, the episode makes the point that plastics giants have developed a fairly trusted strategy of deflecting ire from the general public across decades.

America’s environmental awakening in the 1970s, the Mobro barge incident in the 1980s, the marine plastics crisis of today – all have resulted in major criticism of polymers and packaging. In each case, “Frontline” points out, plastic makers have used public messaging to highlight the benefits of their products and rolled out investment and pledges around recycling to help assuage policymakers bent on product bans.

The first part of the strategy – hyping the upsides of plastics – is not exactly shocking. As Don Loepp of Plastics News wrote last week: “No one should be surprised when an industry trade group is exposed for advocating on behalf of the industry. That’s not a scandal.”

It’s here that “Frontline” goes all in.

The reporting team shows low-value plastics buried in a West Coast landfill. It tracks the fate of exported plastics, dumped illegally in residential areas of Indonesia. It introduces viewers to Garten Recycling, a Salem, Ore. organization that was the beneficiary of a high-priced, industry-backed recycling system in 1994, only to see it sold for scrap years later. Then we see a similar plastics sortation line that was sited in Portland, Ore. last year as part of a pilot project coordinated by the Plastics Industry Association and others.

“Deja vu all over again,” Lew Freeman, a former Society of the Plastics Industry executive who now runs an environmental group, tells Sullivan.

Sullivan does note early in the episode that “some items, like milk jugs and PET are easier to recycle, so there’s money to be made.” But beyond that sentence and a line stating that the plastics industry has backed mechanical and chemical recycling efforts of late, there is no recognition that any plastics recycling actually occurs in this country.

We meet one individual who works in U.S. plastics recovery – Sunil Bagaria of New Jersey-based GDB International – but he functions primarily to show recovered materials being sent to export, setting up the powerful segment on plastic dumping in Indonesia.

Certainly, it’s not the responsibility of “Frontline” to highlight plastics recycling success stories – the show is engaged in investigative journalism, not PR. But the episode ends up implying plastics recycling innovation isn’t happening. That just isn’t true.

Advancements in plastics processing in North America have been a regular occurrence, and these have included improvements for the lower-value materials that are too often polluted or landfilled. Examples from just the past several months include two separate operations geared toward recycling PET thermoforms, a processing expansion and important domestic offtake agreement around recycled LDPE, and a multi-stakeholder effort that has opened the door to successful sortation of black plastics.

“Frontline” interviews former plastics exec Ron Liesemer, who says that in the late 1980s, he was handed the mission to make plastics recycling happen in America. “I had no staff, but I had millions of dollars to do what I felt was necessary,” he says.

“Frontline” drives home the important (and increasingly cited) statistic that global production of new plastics is on pace to triple by 2050.

This, of course, is not happening by accident. The growth of the shale gas industry in North America and other factors have helped reduce costs for the building blocks of plastic. And fuel efficiency and renewable energy trends are expected to reduce demand in traditional petroleum markets over time.

Certainly, there is plenty of complexity in why more and more single-use plastics are moving onto grocery store shelves, but the situation can also be boiled down to basic terms: Plastics have proven to fulfill society’s material-use needs in an increasingly cost-effective manner. And, as “Frontline” points out, without action, that’s the trend we can expect to see for decades to come.