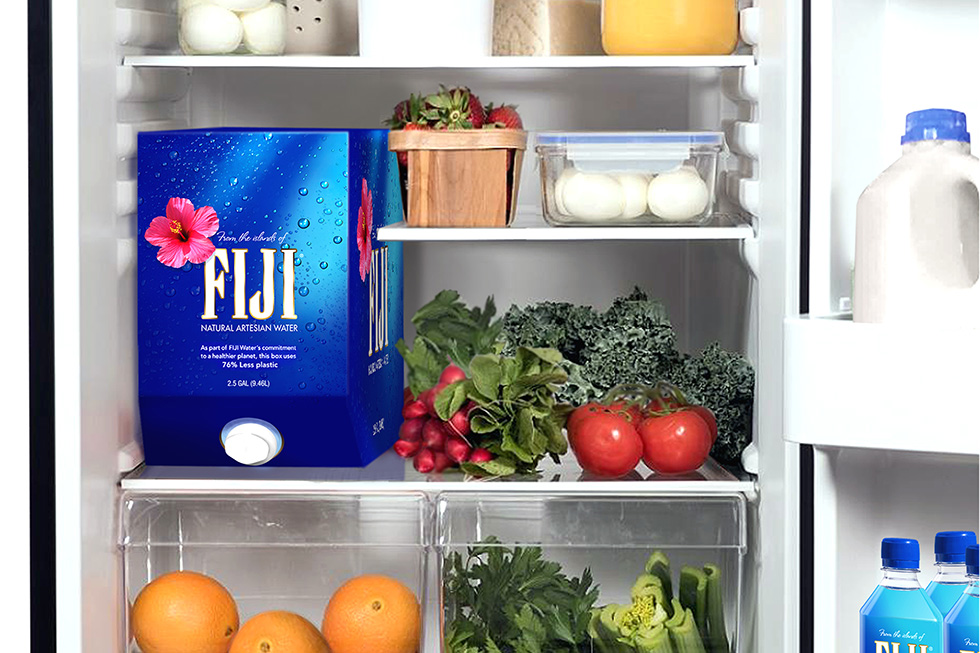 Fiji Water announced it will introduce a 2.5-gallon boxed water option for the refrigerator or counter. | Courtesy of Fiji Water

The imported water brand released a target of having 20% recycled PET (RPET) containers next year. Then, by 2025, it wants to use only 100% RPET bottles, according to a press release.

In a press release, company President Elizabeth Stephenson said “the transition to 100 percent rPET is the cornerstone of our comprehensive approach to sustainability.”

In addition, FIJI Water announced it will introduce a 2.5-gallon boxed water option for the refrigerator or counter and a 5-gallon option for water dispensers. Both will use 76% less plastic compared with individual bottles, according to the press release.

The press release didn’t note what Fiji Water’s RPET usage is companywide. In California, where beverage producers are legally required to disclose their plastics usage, Fiji Water last year used nearly 5 million pounds of virgin plastic and no post-consumer plastic in its bottles.