Pair of projects offer hope for glass markets in South 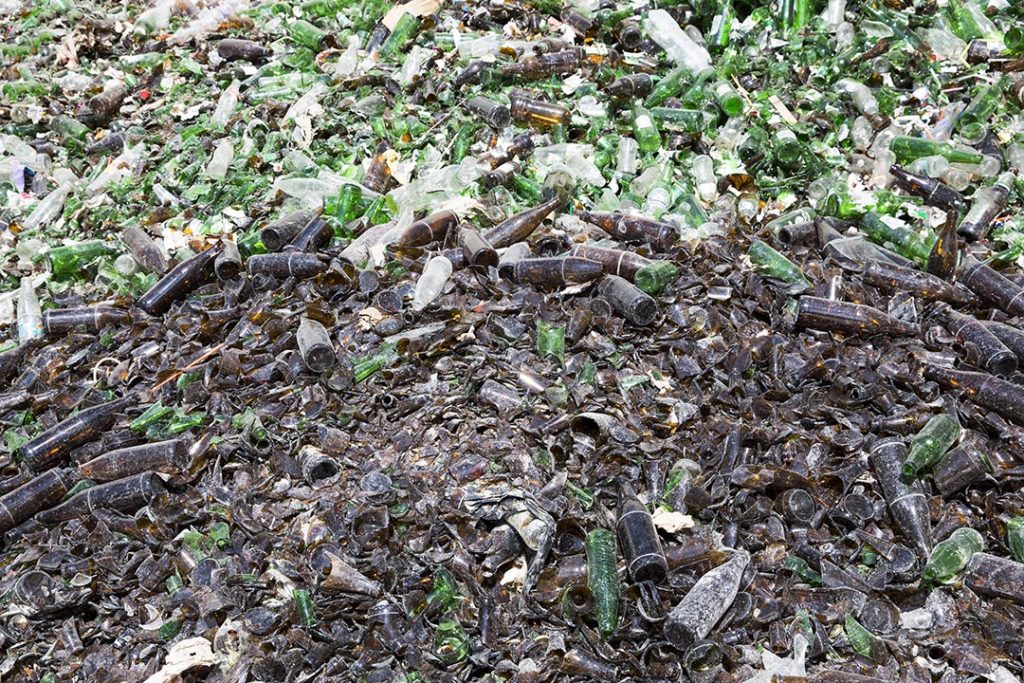 Recycled glass will have two new end markets in the future. | Belish/Shutterstock

A bottle factory coming to southern Georgia will clean up cullet in an on-site facility. Meanwhile, a South Carolina manufacturer is investing to use more recovered glass in a variety of products.

The pair of projects have the potential to prop up glass recycling in parts of the South.

Arglass Yamamura is planning a $123 million bottle plant in Valdosta, Ga. capable of producing 100,000 metric tons of product per year, or about 265 million bottles. The company is a joint venture between Japanese bottle maker Nihon Yamamura Glass Co. and Cambium Arglass, a privately held investment company. The facility’s furnace is designed to handle high levels of recycled glass, he said.

In an interview with Resource Recycling, Jose Arozamena, CEO of Arglass Yamamura, said the factory will have a glass clean up facility on the site.

The company’s goal is to use as much recycled glass from the local area as possible, “but there’s not much, frankly,” he said.

“We know there is a significant amount of work to be done to get the kind of quantity and quality that we want, but we’re dedicating ourselves to it,” he said.

The plant is scheduled for full operations starting in the first quarter of 2021. The facility will start taking in recycled glass about three months before it opens.

North Charleston, S.C.-based Fisher Recycling has a manufacturing arm, called GlassEco, that recycles glass from various sources into countertops. The company plans to move the manufacturing operation to a vacant 85,000-square-foot space in Beaufort, in the southern part of the state 40 miles from Savannah, Ga. A company called Glass WRX SC was formed to run the new plant.

According to a press release last month, REA Investments bought the site from manufacturer Parker Hannifin, which used to occupy the space, for $2 million.

Chris Fisher, owner of Fisher Recycling, said his company currently produces five or six custom countertops per day in North Charleston. The business has an annual capacity of about 1,000 tons of recovered glass.

The almost fully automated Beaufort facility will increase production capacity and allow for an expansion into new product lines. In addition to producing 30 to 40 countertops per day, the Beaufort facility will house new divisions making floor planks, tiles for floors and walls, and complete wall systems with recycled glass, Fisher said. The company also plans to start making foamed glass aggregate, which will allow for a significant increase in recovered glass consumption. The plant will initially have a capacity of about 75,000 tons of recovered glass a year, he said.

Fisher said the company will take in glass from North Carolina, South Carolina and Georgia region.

“Most of the communities have stopped glass recycling altogether,” he said. “So we want to go in behind that and offer the service.”

His goal is to have the Beaufort plant up and running by Earth Day 2020, April 22, he said.

The Beaufort Gazette and The Island News covered the story, noting the operation will employ dozens of employees.

Reactions to the news

“With some success, we now look forward to ramping up efforts to assure our existing and new manufacturers have the cullet feedstock they need to operate,” she told Resource Recycling, commenting on Arglass Yamamura’s plans. “Having yet another market for recycled glass in our state will help us dispel the ‘no markets’ myths and get to the root of the issue.”

Will Sagar, executive director of the Southeast Recycling Development Council (SERDC), said there’s plenty of glass discarded in the area, but several recycling programs aren’t collecting it for lack of a local market.

“The Arglass plant and the Glass WRX SC project will clearly add a local demand,” he said. “The opportunity is there. What’s needed is to step up local collection.”