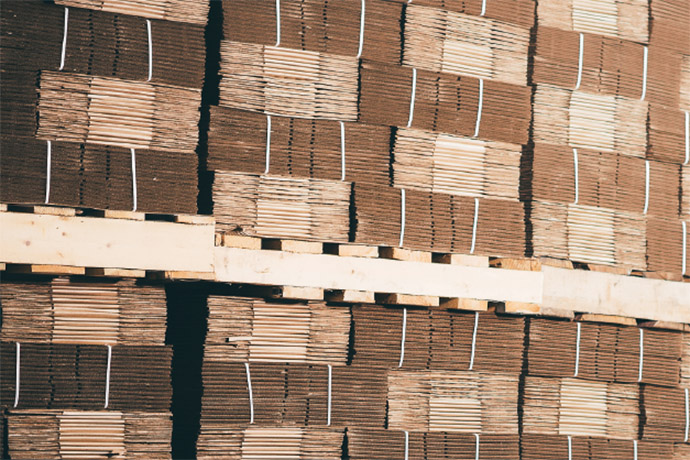 Paper manufacturers have announced billions of dollars worth of capacity expansion that will likely result in major upticks in recovered fiber demand.

A number of stories in this edition of Resource Recycling attest to the fact that recycling end market development is buzzing.

A large new containerboard mill that will consume recovered fiber was announced last month in Utah. A composite rail tie manufacturer that purchases mixed plastic is eyeing growth. And the state of Colorado has launched an innovative program to support nascent businesses with plans to take in recovered material.

These moves and others that have unfolded through the first half of 2019 seem to indicate the natural progression of market realities in the wake of China’s industry-shaking material ban two years back.

In short, recycling markets fell to pieces, stakeholders started scrambling for solutions, and now savvy players are building the foundations for significant upticks in domestic consumption of the ever-inelastic supply of materials being collected by municipal programs.

To be sure, questions remain about the viability of some of these domestic hopefuls – the leaders of the Crossroads mill project in Utah, for instance, have not yet specified the exact location of the proposed $320 million facility (they also don’t have all their financial backing secured).

Nevertheless, it is clear that within five years, the demand for recycled materials is going to be a whole lot more robust than it is right now.

At the Association of Oregon Recyclers’ annual meeting in June, Dylan de Thomas of The Recycling Partnership (and former editor of this magazine) noted in a presentation that recent expansions in recycled paper consumption capacity by paper mills have amounted to more than $2.5 billion in investment; on the scrap plastics side, he said, the number is around $400 million.

The next stage of the conversation

All that work to expand consumption capabilities should eventually be reflected in boosted material pricing. Those who find ways to weather the current recycling markets downturn will very likely be rewarded in the not-too-distant future.

However, just because domestic end use projects are being announced and, in some cases, implemented does not mean the markets-related work is going to be done for the recycling sector anytime soon.

As more material buyers emerge or grow their consumption capabilities, the next stage will be relationship-building. Clear communication and transparency on material quality and expectations will be important so that suppliers are able to give these growing manufacturing systems the feedstock they need to fulfill the goals of their corporate backers.

At the same time, MRFs, plastics reclaimers and other material processors should expect transparency and accountability on the part of buyers. And in many cases, that should involve putting pen to paper.

During a presentation at the Association of Plastic Recyclers June meeting in Minneapolis a couple months back, Greg Janson of plastics processor QRS Recycling addressed this issue head on. He gave the example of a recycler that has $10 million tied up in equipment and facilities but no formal agreements in place guaranteeing the quantities or pricing of loads it will be delivering to the market in the future. He said that such a company needs to get written agreements in place.

“If this industry is going to mature, that’s what needs to happen – contracts in the range of five, 10, 15 years,” said Janson, who is CEO of QRS.

That’s a critical talking point in the fast-evolving market development conversation. One common industry refrain since the start of 2018 is that cities and processors must learn from National Sword and build a future where suppliers are working in lockstep with their customers to make sure the recycling industry is never again abruptly cut off from a critical end-use segment.

Fair, long-term contracts are the most dependable way to ensure such resiliency. Formal buying agreements force both sides to stick with partnerships, even when larger economic forces start swirling. And that sense of dependability enables investment on the recycling end and even greater commitment on recycled content from the manufacturing side.

These major buyers owe it to the recycling sector to put in writing what they’ll buy and at what price. That’s the next chapter of the positive market development story the industry is working so hard to write.