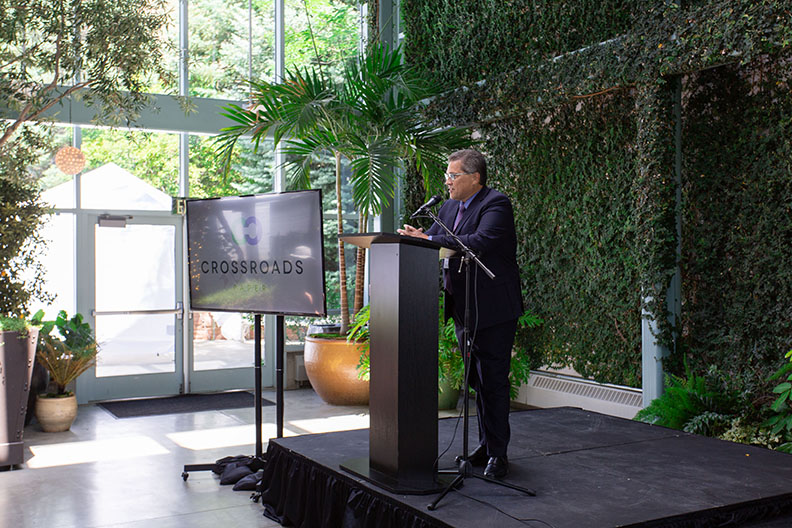 A containerboard mill using entirely OCC and mixed paper is in development in Utah. The project stands as a rare case of a recycling company expanding into the end market sector.

Crossroads Paper, the launch of which was announced last week, will bring a 350,000-tons-per-year containerboard mill to the Salt Lake City area. The $320 million facility is planning a 2022 startup date.

The mill is being headed up by brothers John and Ron Sasine. Ron comes to the project from a papermaking and packaging background, whereas John currently runs Salt Lake City-based Rocky Mountain Recycling. That company runs four MRFs in the region.

“So often we see papermakers that integrate backward into the recycling business, as a way to collect and supply a mill,” said Ron Sasine. “What we’re envisioning is really the reverse of that process, where the foundation of some of the ownership and partners of the project have come from the recycling business, and we’re seeing this as an opportunity to integrate forward into a full papermaking operation.”

In an interview, the Sasines explained the origins of the project and offered recycled fiber feedstock specifics. They also commented on how the current market conditions play into their project, and explained why they don’t view the U.S. containerboard landscape as becoming oversupplied.

Bringing a recycling and packaging perspective

Financing of the mill will be managed by Credit Suisse, a multinational investment bank that is preparing a financial package for the mill to be presented to investors and lenders. The project team is planning a roadshow in the third quarter of this year, soliciting the next round of investment for the mill.

The mill is being developed as a 100% recycled containerboard facility that will serve Utah, Idaho, Wyoming, Arizona, New Mexico, and parts of Colorado and California. The Sasines say the area is underserved by recovered fiber buyers, with the McKinley USA paper mill in New Mexico as the nearest outlet.

The containerboard mill will “benefit from a large volume of OCC and mixed waste paper that’s available in the Intermountain region, anchored primarily by the market in Salt Lake City,” Ron Sasine said.

Rocky Mountain Recycling is a residential and commercial MRF operator with facilities in and around Salt Lake City. Throughout its 20-year history, the company has sent recovered fiber to mills well out of the region, “from Ontario to Tacoma and all points in between,” John Sasine said. It has also shipped fiber to China and Southeast Asia.

He added that the company has always been freight-disadvantaged in that scenario: Price indexes frequently show coastal regions fetching higher commodity prices for key recyclables.

With the steady growth of curbside recycling and e-commerce, the region is “exploding with corrugated,” John Sasine said, “and we have more corrugated in this market than we’re even going to need to feed one machine.”

Ron Sasine’s paper manufacturing experience includes work at WestVaco paper mills in South America, and he was with WestVaco when it merged with Mead (that merged entity itself later merged with RockTenn to form WestRock). He later joined Walmart and led the company’s internal packaging development and strategy, including working with Walmart’s “Shelf Ready Packaging” program that included a corrugated packaging focus.

The regional supply gives the paper mill an advantage to choose its suppliers and partners, according to the Sasines. Rocky Mountain Recycling will ship virtually all its recovered fiber to the mill, and the mill will also bring in fiber from recycling programs throughout the area.

“Certainly we will, as feedstock, be able to have our pick of the material that’s generated in this market,” John Sasine said.

The lack of nearby end markets puts the mill in a different position than facilities in other regions of the country such as the Southeast, which has a relatively high density of recycled containerboard mills. In those areas, Sasine noted, mills sometimes have to accept lower-quality recovered fiber out of necessity.

The company leaders also pointed to the project’s proximity to some of the fastest growing states in the country.

“Large consumers of corrugated packaging surround this region,” said Ron Sasine. “And all of their corrugated raw materials, all the containerboard that feeds those plants, must come from hundreds if not thousands of miles.”

So far, even in its early stages, the mill appears to be generating interest in the regional recycling community: The Sasines said a half-dozen or so haulers and processors were in attendance at the facility’s announcement ceremony July 10.

Crossroads will bring in both OCC and mixed paper, and the company anticipates consuming nearly 380,000 tons per year of those materials combined.

The company will be focused on using a mix that meets each customer’s requirements. For example, for a customer requiring heavier duty packaging to pack agricultural products, a greater OCC percentage may be incorporated. For e-commerce shipping materials, on the other hand, the mill may be able to utilize a larger mixed paper content.

“We’re going to have our hands on the spigot here of both of those materials, to be able to make some pretty specific blends of incoming material, depending on what the outgoing demand is going to look like,” said Ron Sasine.

The mill will use a “state-of-the art, modern paper machine” provided by Valmet Inc. of Finland, he explained.

Ron Sasine estimated the mill might average a blend of 35% mixed paper, although he noted that is a preliminary figure. 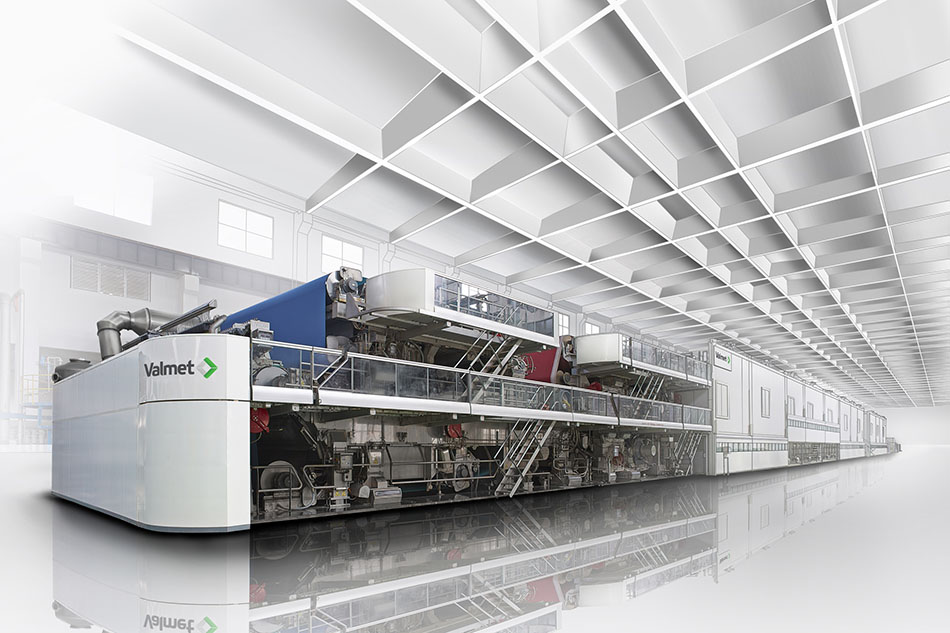 The Utah containerboard mill will use a paper machine supplied by Valmet Inc. | Courtesy of Crossroads Paper.

Risk of market shift, or overbuilding?

The concept of the mill has been in the works for several years, but the team began actively developing it in 2016 – before the Chinese import restrictions on recovered fiber were officially announced.

And the Sasines said that even if China were to reopen its doors to large quantities of paper imports, the Crossroads plan would remain viable.

“Every scenario we have evaluated continues to show very strong returns, even with a bounceback in overseas demand,” Ron Sasine said. “This isn’t based on getting low priced OCC and trying to do something with it; it’s really based on the fundamental growth and expansion of a market in the U.S. that’s been underserved.”

Similarly, the company is not concerned about the containerboard market being oversupplied in the U.S. in the coming years. Several additional containerboard mills have been announced in recent years.

“We’re not adding capacity at rates far in excess of what the market would organically require,” Ron Sasine said. “This mill is going to feed less than 1 percent of the total containerboard capacity in the U.S. We are, veritably, a drop in the bucket. But we’re a drop in the bucket in a very underserved and deficit-laden market.”