CEO responds to concerns over impacts of plastic gravel 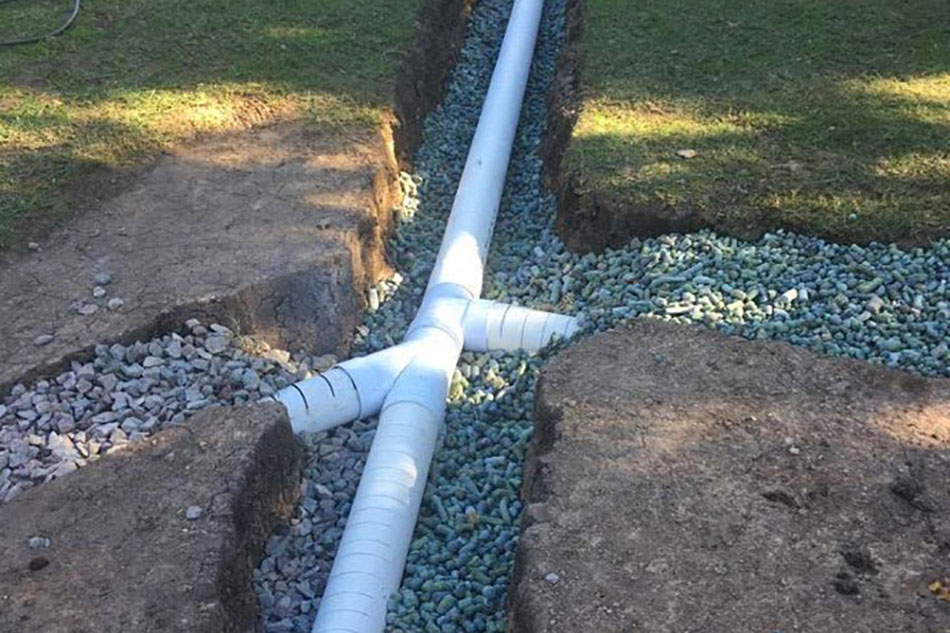 A startup won money and media attention for its recycled plastic gravel, but some readers are concerned the product could cause more environmental harm than simply landfilling the scrap plastic.

The company has a process for recycling films, including difficult-to-recycle multi-layer flexible packaging, into plastic gravel for use in landscaping and construction applications to replace rock. Arqlite plans to open a facility in New York City to divert plastics that would otherwise be destined for disposal.

Some readers challenged the environmental benefit of the product, expressing concern about the plastic gravel breaking down and making its way into waterways. They also questioned the ability to recover it for future recycling.

Resource Recycling reached out to manufacturing entrepreneur Chris Graff, who founded CTMC, and Arqlite CEO Sebastian Sajoux, to get their responses to the concerns.

Some readers were unenthusiastic about the choice of winner.

“Is there any difference with this one than other plastics litter?” wrote Tonny Wong, a Ph.D chemist who works for British Columbia-based reclaimer Merlin Plastics. “I doubt if we can collect these gravels to recycle, whereas application of gardening stick, mat, edging, lumber still have a chance to be recycled at their end of life.”

Wong, who has decades of experience in the plastics industry, also expressed concern about the gravel breaking down into microplastics in the environment.

That was a concern echoed by Jodi Leamon, sustainability coordinator for the Allen County Department of Environmental Management in Indiana. She asked how the product will be kept out of waterways, whether there is leaching into the environment and how it breaks down in the natural environment.

“I don’t understand the concept of putting a conglomerate of plastics into the environment where they will be impossible to recover,” she wrote to Resource Recycling. “This seems like a misplaced idea. I’d love to hear how this option is better than reducing flexible film packaging or standardizing production to fit recycling technology. It seems misguided and uninformed that this company has won awards for their process and alarming that it will be now growing in popularity.”

The following are emailed responses from Graff and Sajoux:

Graff: Yes, we did have concerns about Arqlite and other entrants as well. But we believed the degree of impact with their concept had potential to do more net good than other applicants.

Was there any hope a submission would be entered into the contest to recycle post-consumer plastics into higher-value products than a plastic gravel?

Graff: Well, I’m not sure how to measure “higher value” in this context. Plastic gravel made from landfill-bound contaminated plastic seems pretty high value to me. Personally, I did hope that there would be a brilliant, radical, world-changing idea that was economically viable and had no downside risk. That was perhaps overly optimistic. But Arqlite is a big step in the right direction, in my opinion.

Do you still believe Arqlite was a good choice as a co-winner? If so, why?

Graff: Absolutely! Diverting a large quantity of landfill bound contaminated plastic, in an economically sustainable way, is exciting to me, and will make the world a little better place.

Once the plastic gravel is placed into the environment, how can it be effectively recovered for future recycling?

Sajoux: When used for green roof tops or drainage systems, Arqlite gravel is installed in a contained way, not scattered around, so it can be easily unburied and uninstalled for re-use. When used within concrete it will always serve as a filler and will stay there, even when concrete is ground and re-used as recycled concrete.

How can we ensure the plastic gravel is kept out of waterways?

Sajoux: Gravel is contained within concrete or in spaces underneath the soil, where it is not only protected from UV light (the main natural plastic degrader) but also limited from flying away to water courses like most flexible films do when badly disposed in landfills or dumps.

Has Arqlite studied whether the plastic gravel will break down into microplastics or leach chemicals when placed in the natural environment?

A reader wrote that a better option is to reduce usage of flexible film packaging or standardize production to fit recycling technology. How would you respond?

Sajoux: 100% agreed. Until we get there, Arqlite is helping reduce the amount of those materials ending up in landfills, dumps, incinerators and water courses.

A reader suggested there was little difference between plastic litter and the gravel product. How would you respond?

Sajoux: Every ounce of plastic produced since the invention of plastic in 1907 is still around us. So far, nothing has been invented to make plastic disappear. Arqlite is, as many other social purpose corporations and B-Corps are, working to turn those discarded plastics into a new product, giving it a second life and helping eradicate the concept of waste.

A version of this story appeared in Plastics Recycling Update on Aug. 21.