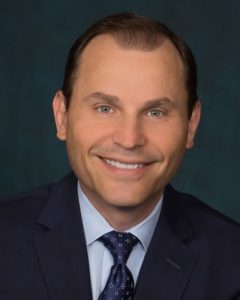 The leader of one of the world’s largest bottled water businesses recently detailed the company’s recycling strategy, noting it supports deposit legislation and other steps to boost supply.

Nestlé Waters North America began moving into a role supportive to recycling back in 2011, and it has since pushed deeper by both increasing the amount of recycled plastic used in its packaging and increasing the recyclability of its products.

Ultimately, the company anticipates getting to the point where all of its plastic packaging, and that of other companies, is recovered for recycling or reuse. Technological advancements have enabled that step, said Fernando Mercé, CEO of Nestlé Waters North America.

“We haven’t seen any obstacle that the current state of technology cannot solve for,” he told Resource Recycling in an interview. “But the industry has to make that commitment.”

Mercé spoke with Resource Recycling at the ISRI2019 convention in Los Angeles two weeks ago. At the event, Nestlé Waters North America received the Institute of Scrap Recycling Industries’ Design for Recycling Award for its Nestlé Pure Life bottle made from 100% RPET.

Material changes and greater resin use

“It will take some changing of the way in which containers or plastic materials are designed,” Mercé continued. He pointed to the company’s Pure Life bottle. When designing the product, the company took steps to maximize ease of recyclability, including using an easy-to-remove label.

“Getting to 100% needs this sort of design engineering from the get-go, and that has to be done for everything,” Mercé said.

Nestlé is also increasing its recycled resin use. The company is at about 7% across its packaging nationwide. Recycled plastic use varies by region, however. In 2017, the company used 30 million pounds of RPET in products sold in California, according to a report required by state law. That came out to about 42.6% across Nestlé Waters North America products in California. In 2018, although no weight was reported, the company’s bottles averaged 37% recycled content.

Nestlé Waters North America plans to nearly quadruple the 7% figure by 2021. And the company has a longer goal to hit 50% recycled plastic use by 2025.

Although the company wants to use more recycled material, the supply is not where it needs to be to hit those marks.

“In the very, very short term, there is a need for a greater degree of collection, and that really starts with us, consumers,” Mercé said. He identified greater recycling access across the country as a crucial component of increasing collection volumes.

As for container deposit legislation, a collection strategy that often raises opposition from brands, Mercé said Nestlé is not against bottle bill systems.

“Look, our position is this: We want more plastic to be recycled,” Mercé said. “And to the extent that you have a bottle bill or you have a curbside collection system or another system that helps move the needle in that journey to 100% of previously used plastic moving through the recycling stream, we are supportive of it and we will participate in the development of those programs.”

Mercé noted there are differences between redemption programs in California, Michigan, the Northeast and elsewhere. Each has its own intricacies, and Nestlé hasn’t taken a position on what type of program is best. Essentially, if it helps move plastic back into the stream, the company is supportive, he said.

Mercé also said end users such as Nestlé are critical to developing collection and processing.

“At this very incipient stage of the industry, you have to make the commitment and say, ‘Once your facility is up and running and once you can provide the food-grade RPET that I need for the bottles, I will buy it,'” Mercé said.

That has a definite financial implication, he said, as RPET often carries a premium over virgin PET. But Nestlé, he said, views recycling as the future of plastic, and a brand owner partnership does a lot to bolster recycling operators.

“Once they have that commitment from a company such as Nestlé Waters, if you need to go to a bank to get the financing to build, that’s what it takes, that’s how the economy works” Mercé said. “And that’s why our role as the end user, making these commitments and then living by these commitments, is really important – because it helps the whole industry take form.”