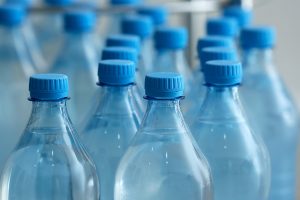 The California Department of Resources Recycling and Recovery (CalRecycle) recently published its 2018 Plastic Beverage Container Virgin and Post-Consumer Resin Reports, which are required by law. The requirement applies to producers of bottles subject to the California Redemption Value (CRV), a fee of 5 cents or 10 cents (depending on bottle size) paid by consumers but returned to them when they redeem containers.

For 2018, 66 companies submitted reports, but because some of them were distributors that don’t actually bottle drinks, only 45 respondents reporting using any type of plastic. This is the second year of required reporting. The 2017 report, released last year, included more respondents who did not report any plastic usage because they were distributors.

Although the reports are legally required, the law does not specify how each company must quantify its plastic use. CalRecycle suggests they report the weight of virgin and recycled material used. But because some companies reported their use very differently, it’s difficult to compare across different companies. For instance, some only reported a percentage of virgin and recycled content, without any weight figures. Some reported numbers without specifying the units. And other companies simply responded with, “I don’t know.”

The following companies reported their recycled plastic usage in weight. Changes from the previous year have been noted for the larger consumers.

In addition to the above, bottlers Reeds and Aldi reported using recycled plastic but didn’t indicate whether their numbers were pounds, kilograms or other units of measure.

The largest plastic user overall in 2018 was Kroger, which consumed 103.3 million pounds of virgin plastic. The company did not report use any recycled resin.