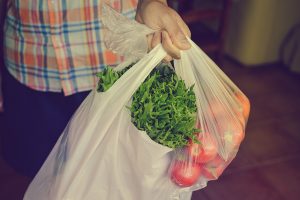 Bills prohibiting single-use plastic products are gaining traction this year in a few state capitols. Here’s a look at a few states that have advanced legislation out of at least one chamber.

Hawaii: The legislature is considering a couple of bills that would ban single-use plastic products in the state. The Senate passed SB522, which would prohibit distribution of beverage bottles, utensils, stirring sticks, polystyrene foam containers, plastic bags and straws. Separately, the chamber also advanced SB11, which prohibits restaurants from serving prepared foods in expanded polystyrene (EPS) containers, and SB367, which bars restaurants from giving out EPS or PS containers, straws and bags. All three bills are now in House of Representatives committees. WasteDive has additional details on the legislation.

Maryland: The state’s General Assembly has sent the governor a bill banning EPS foodservice packaging. The legislature is controlled by Democrats, and the governor, Larry Hogan, is a Republican. Plastics News reports the plastics industry is urging Hogan to veto the bill, which would make Maryland the first to impose a statewide ban on foam foodservice containers.