Here are the recycling numbers for one major hauler 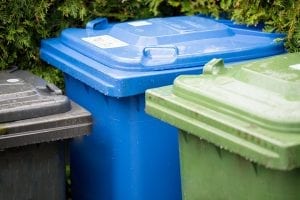 Waste Connections has provided a high-level look at its materials recovery division, detailing total tonnages over the past two years and outlining the percentages of different materials in the mix.

The publicly traded company is the third largest residential garbage and recyclables company in North America, after Waste Management and Republic Services. It recently issued a sustainability report covering 2016 and 2017.

Overall, Waste Connections generated 1.2 million tons of recovered commodities in 2016 and 1.5 million tons in 2017. Over those two years, the tons broke the following ways, by weight:

Waste Connections operated 71 recycling facilities in 2016 and 66 in 2017, according to the sustainability report.