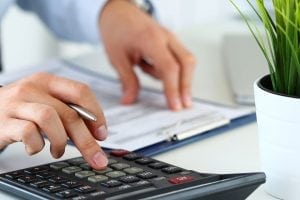 Opinions vary widely on the best tactic to record a program’s diversion progress. An expert recommends returning to the basics with a relatively simple calculation that shows areas for improvement.

Lisa Skumatz, an economist and principal of Skumatz Economic Research Associates, analyzed popular recycling metrics and described why she feels a “percent recoverables remaining” statistic offers the most valuable data for the least complicated method of collection.

Skumatz spoke at the Association of Oregon Recyclers’ annual conference in Eugene, Ore. last week. She participated in a session titled “Measure It Right: Aligning Recycling Metrics with Sustainability Goals.”

She was joined by Martin Brown of the Oregon Department of Environmental Quality, whose research was featured in a Resource Recycling article covering a Seattle event in November.

Data collection and reporting is an increasingly hot topic in the recycling sector. Last summer, a session at the Resource Recycling Conference looked at data trends and diversion modeling. And earlier this year, a national summit titled “Measurement Matters” focused exclusively on data collection, analysis and other metric-related topics.

Skumatz, who previously offered similar insights in a Resource Recycling article, gave an overview of metrics that can be used to track various types of recycling progress. There’s the common recycling/recovery/diversion rate, which calculates the weight of material diverted from disposal as a percentage of generation, or some variant on that equation; there’s generation or diversion per capita; there’s what Skumatz calls the landfill diversion rate, which tracks the current year volume going to landfill compared with a base year landfill disposal volume; and others.

Skumatz’s research examined metrics under different lenses. For example, it looked at how data-complex they are, how much information they provide on different aspects of recycling (source reduction, greenhouse gas emissions reduction and more), and how easy they are to communicate.

Each metric comes with pros and cons, she explained. For example, a recycling and diversion rate is easy to understand, but it requires trash and recycling streams from all sources to be reported. And even with all the data, that type of metric only reports on a limited activity. It doesn’t reflect source reduction, for example.

Another example is the capture rate, which examines potential remaining materials that can be recovered. It’s a valuable metric, but it’s complicated to achieve, Skumatz said, because it requires all data on trash and recycling materials.

A landfill diversion rate scored low on the information it provides versus the data collection necessary to calculate it. It can illustrate source reduction, but doesn’t explain why that happened. For example, if one type of material decreased substantially in the waste stream, the landfill diversion rate wouldn’t reflect the shifts in that one sector.

So what’s the answer? 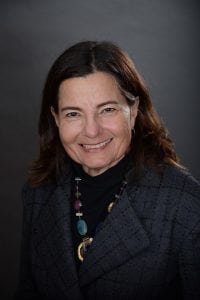 Skumatz noted that “you don’t have to have just one metric in your life.” A combination can yield information that a single metric doesn’t show. For a simple metric that can complement existing calculations, Skumatz praised what she titled “percent recoverables remaining” (PRR).

The metric is often easily calculated using information already collected to calculate other metrics, Skumatz said. It doesn’t rely on tonnage figures, which can be hard to obtain in some communities. The PRR metric requires only a waste composition study.

Skumatz explained that the goal was to return to the basics, and involve a calculation that most communities can perform, as most programs have access to the trash stream.

“We can figure out what’s in the trash. We can sort it,” Skumatz said.

The idea is to determine which materials that are accepted for recycling or composting are still ending up in the trash.

“It seems to me that pretty directly reflects their compliance with the behavior we told them to do,” she explained.

The data can be broken down to show public compliance with recycling rules by neighborhood because it can analyze loads from different trucks to determine locational trends. Value figures can be added by determining the market value of recyclables ending up in the trash.

PRR offers a look at what the community should do next to increase diversion. It becomes clear which neighborhoods and materials the program should target with education and outreach. With value figures calculated, a financial case can be made to local officials.

The PRR rate, Skumatz said, “tells you pretty directly what to do.”

Part of the drive behind the PRR metric is the dearth of tonnage figures in many communities.

“We’ve got a significant problem in some states on data availability,” Skumatz said. She described Oregon as the national leader in metrics, tracking its progress with several different metrics. It provides great information for the state, but it’s also difficult to compare Oregon with other states because of different metric calculations employed elsewhere.

A key driver behind data discrepancy is the regulatory differences between states. In some states, government agencies do not have the authority to require reporting on recycling metrics. Haulers, MRF operators and other industry players are not required to report any data. In other areas, even when there are reporting requirements, haulers provide service across municipal lines, and the reported data is difficult to accurately interpret.

“How do you track where you are in a state like that?” Skumatz inquired.