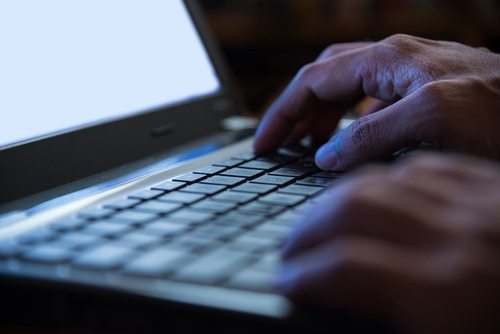 More than 100 government and corporate recycling leaders convened in Chattanooga, Tenn. to assess where the recycling industry stands in terms of data collection and analysis, and to generate recommendations on what new measurement steps need to be taken.

Over time, one data platform has emerged as the primary tool used by state data collectors. The U.S. EPA has provided funding to Emerge Knowledge so the firm’s state measurement program (SMP) software can be used for free by states. Currently, 38 states and the District of Columbia employ this tool.

A key reason states collect data is because their legislatures have set statewide recycling goals. Debra Kantner of the Environmental Research and Education Foundation (EREF) notes 44 states have recycling goals. Kantner pointed out, however, the difficulties in data collection, given that these 44 states use 18 different definitions of recycling.

SMP is endorsed by many state program managers. For one, the software service provides a critical advantage in that state-by-state analysis can be undertaken.

“SMP is a one-stop shop for information gathering,” said Seth McCormick of the Tennessee Department of Environment and Conservation. For example, SMP allows state officials to compare staffing levels to better manage their own program. The software, overall, can generate 50 separate analytical reports.

With the majority of states collecting data, but with these collection efforts taking many forms, the conference included portrayals of how a few states are managing data.

Colorado legislators 11 years ago required the state’s environmental department to collect data. Wolf Kray from the Colorado Department of Public Health and Environment described how 65 landfills, 170 recycling facilities and 30 composting plants are required to provide annual data (others, such as scrap yards, provide data voluntarily). This results in three diversion rates: a municipal solid waste (MSW) rate, a second rate that includes scrap metal and the MSW data, and a third rate that adds construction and demolition (C&D) recovery and industrial scrap to the previous rate. Thus, the diversion rates vary widely, with the three rates currently being 12 percent, 19 percent and 44 percent.

Washington state employees are also required by law to collect data. The questions confronting state officials today are encompassed in two questions: What do you want from the data, and how exact do you need to be to make a decision? Some local governments and recycling businesses are required to report data, and others provide it voluntarily. Gretchen Newman from the Washington Department of Ecology pointed out the difficulty in undertaking this work during times of tight budgets. Thus, Washington has not reported a statewide recycling rate since 2014. Newman also noted there is no perfect data and that merely collecting more data will not improve quality.

The Northeast Waste Management Officials’ Association (NEWMOA), an eight-state alliance, has been compiling MSW and C&D data from member states for more than 20 years. Terri Goldberg from NEWMOA said a key reason for doing this is to better understand the flow of waste and recyclables between states. It identifies changes and supports state solid waste planning efforts.

“We are seeing improvements in data quality over time,” she said. Goldberg concurred with Newman in describing the impact on data collection and analysis from reduced state waste management program budgets.

Goldberg pointed the many problems in comparing state data. For example, some states call use of organics as alternative daily cover at a landfill recycling, while others do not. She noted that even the definition of MSW varies between states.

A municipal measurement program (MMP) is coming to the market. Already, Emerge Knowledge has signed up 2,300 programs to employ its ReTrac reporting software for internal use. But Rick Penner, the firm’s president, said the company wants to go to the next level. By getting many programs to use this new software, MMP will result in a central database of municipal program information. Some 137 local governments have provided advice on what they would want in an improved program, especially in terms of benchmarking (comparing one program against others). The software also allows users to calculate the economic and environmental benefits of their local recycling initiatives. The software, which will enter the market this summer, will be free to those municipalities that fill out a survey.

Many of the conference attendees use measurement as a way to better manage state or local recycling programs.

“Data gathered through annual reporting is foundational to the work of the state recycling program,” said Wendy Worley of the North Carolina Department of Environmental Quality.

But additional benefits can be seen. Rhonda Rollins from the Region IV office of the U.S. EPA noted that states using the SMP tool can show the economic benefit of materials recovery as a way to defend current and expanded recycling systems.

Washington is here to help

The federal environmental agency has been deeply involved for decades in analyzing the metrics of materials recovery nationwide. EPA’s Ron Vance provided a summary for the attendees of the agency’s new efforts in measurement.

A key change to their data collection and assessment is the desire to better map materials recovery. For example, EPA plans to develop a national recycling contamination rate. In addition, the agency will study the efficiencies of recycling of seven materials. Too, EPA analysts are assessing waste composition trends, especially in packaging.

Government officials are not the only folks trying to measure materials recovery.

Nora Goldstein, editor of BioCycle, outlined how her periodical has tried to get a better handle on the extent of composting in America. Last year, 35 state program managers provided BioCycle with data on organics management. Those states compost 21.1 million tons annually at 4,713 composting sites, plus 25 digester plants and 133 co-digestion operations.

A handful of states want to expand their analytical initiatives to try to measure recycling’s impacts beyond just gathering tonnage data.

Dieter Eckels from Cascadia Consulting asked an important question at the meeting: Should we trash weight-based metrics and, instead, shouldn’t we use life-cycle analysis to better measure other impacts of using materials, such as lowering greenhouse gas emissions?

NEWMOA has discussions underway among member states to see if they can generate a list of key non-tonnage measurements. The group is trying to agree on common definitions for sustainable materials management elements. Washington state’s Newman said her state is also aiming to measure non-weight effects of materials recovery.

If one uses greenhouse gas (GHG) reduction as a key goal in materials recovery, the focus will move toward specific materials, such as recovered paper and aluminum, over other materials, such as glass or yard debris, where the GHG benefits are far smaller per ton of recovered material.

But what would be the cost to push forward in efforts to reduce GHG emissions? Rob Hallenbeck from Waste Management addressed this key question, relying on public and internal data. The best cost scenario in relation to high GHG reduction is to have an effective landfill gas recovery system coupled with single-stream recycling program. And the recycling program should target recovered plastics, aluminum and steel. Adding downstream processing, such as a residual waste sorting plant or gasification, creates high cost in terms of GHG reduction.