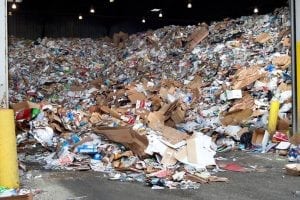 Chinese officials have responded to concerns from other nations about recent import restrictions. The Chinese comments directly address the “waste versus scrap” debate as well as global economic repercussions of National Sword.

The country’s World Trade Organization (WTO) Notification and Enquiry Center, an office of the Ministry of Commerce (MOFCOM), responded this month to comments from several WTO members and industry stakeholders. China’s note was shared by the Institute of Scrap Recycling Industries (ISRI).

Some of the concerns raised by U.S. recycling stakeholders over the past year have expressed frustration that Chinese regulators do not understand the impact of the policies they are enacting, and do not understand that imports of scrap material have value. But the new response offers evidence to the contrary.

Some of the key takeaways from the letter include the following:

Spurring domestic investment: China says its restrictions will spur economic development within the U.S. The letter explains that restricting imports into China will lead to increasing volumes kept within the U.S., “thereby spurring a new round of investment in the relevant processing industries.”

“Apart from solving environmental problems faced by both countries, this could also bring more employment opportunities to the U.S. recycling industry and create a win-win situation,” Chinese officials wrote.

Waste versus scrap: Chinese regulators say they are aware of the difference between waste and scrap, a point ISRI and others have questioned many times over the past year. The letter states there is “not any globally recognized standard for scrap materials and recyclable materials,” so the Chinese government went with the internationally recognized HS code (harmonized commodity description) system to define the materials that would be restricted from import.

“China would like to reiterate that solid wastes are different from raw materials in general and inherently pollutive,” the letter states.

‘Disposal to the nearest’: The MOFCOM office noted that ISRI’s comments described the infrastructure for processing recovered materials in the U.S. as a “highly efficient system that incorporates the latest sorting technologies and quality control methods.”

Because of that technical advancement, the Chinese officials believe the U.S. has the ability to manage its recyclables domestically. Doing so, the letter states, would be in line with what China describes as the principles of “waste producers responsibility” and “disposal to the nearest,” meaning countries process their own waste material domestically.

“Over decades, enterprises from other countries including the United States have exported large quantities of solid wastes to China and derived huge financial gains,” Chinese officials wrote. “We earnestly hope that these enterprises could also actively fulfil their international social responsibility and contribute to the alleviation of the environmental and health problems in China.”

Adjusting actions: The letter notes that China modified some of the policy changes due to concerns from affected stakeholders. For example, the letter points to the lower 0.5 percent contamination threshold requirement being deferred until March 1.

“The Chinese government made this decision in consideration of the fact that the relevant industries need transitioning and make adjustments to adapt to the new standards, while the risks of pollution resulting from the accumulation of large quantities of solid waste imports during the transitioning period must also be avoided,” the agency wrote.

“As our past experience with implementing the standards and inspecting waste imports over more than ten years has shown, imported wastes can meet China’s standards if they are properly categorized or pretreated at their sources,” Chinese officials wrote. “Therefore, this standard is not intended to impose any de facto import restriction.” 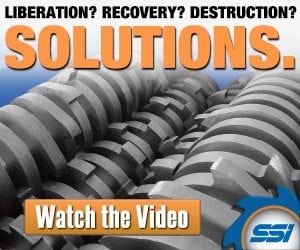