What’s at stake in scrap aluminum tariffs threatened by China 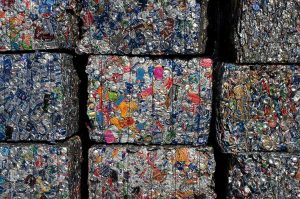 China’s aluminum move is part of a larger tariff package in response to the tariffs President Donald Trump imposed on Chinese steel and aluminum. But China’s Commerce Ministry also said the scrap aluminum penalty wouldn’t be imposed until after China evaluates the next list of tariffs U.S. officials are drafting.

“China urges the United States to resolve China’s concerns as soon as possible, and resolve differences through dialogue and consultation, thus avoiding harming the overall situation of Sino-U.S. cooperation,” according to a Ministry of Commerce statement.

Recovered aluminum is just one category among $3 billion worth of U.S. goods China is targeting. Also included are a number of agricultural products and steel pipes. The Wall Street Journal described China’s threat as a “warning shot,” because it doesn’t include soybeans, sorghum and Boeing airplanes. Duties on those products could cause substantially more damage to U.S. companies, according to the newspaper.

The 25 percent aluminum tariff would target used beverage cans (UBCs) and other forms of scrap aluminum. It wouldn’t include partially processed metal such as ingot cast from scrap metal. 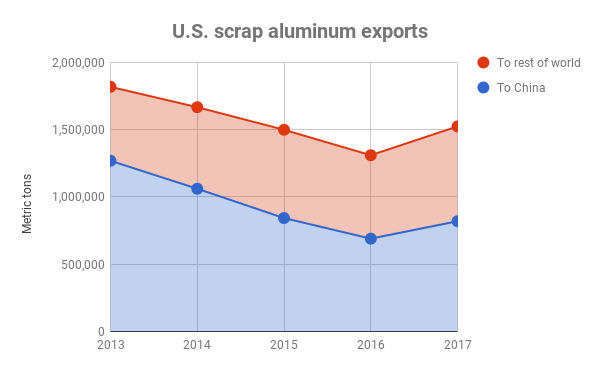 The Institute of Scrap Recycling Industries (ISRI) released a statement noting the importance of scrap aluminum to the U.S. trade balance. “The Chinese Government’s announcement will impact this significant U.S. scrap export, spurring concern that exports of additional scrap commodities could be impacted in future announcements,” ISRI stated.