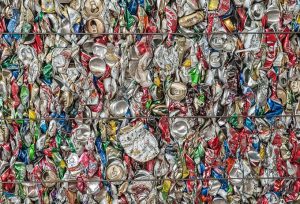 Aluminum and magnesium recycling company Real Alloy will shutter its Wisconsin facility as part of continuing efforts to improve efficiencies.

In November, Real Alloy and its parent holding company Real Industry filed for Chapter 11 bankruptcy protection. The company cited a lack of cash caused by difficulty borrowing and refinancing debt.

According to a January press release offering an update on the proceedings, the third-party aluminum recycling company has ceased operations at its Mount Pleasant, Wis. facility, which was acquired from Beck Aluminum a little over a year ago. According to the company’s website, the 180,000-square-foot facility employs 39 staff and can produce more than 10 alloy families.

“Real Alloy expects to utilize available production capacity in nearby Indiana and Michigan facilities, and feels that shutting down the facility allows the business to better utilize production capacity and reduce overall capital needs,” according to the press release. Customers are not expected to be affected by the change.

Real Alloy also reported that since its bankruptcy filing, it has successfully negotiated contracts for 2018 production with several long standing customers, including major automakers and large-scale aluminum producers.

“Real Alloy has continued to work closely with its suppliers and critical vendors throughout this restructuring process, and has received strong support from customers and vendors alike,” the release states.