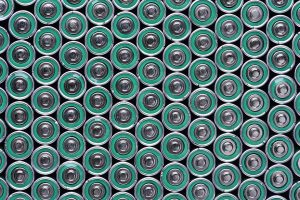 For two decades, Call2Recycle reported year-over-year increases in batteries collected for recycling. That winning streak came to an end last year, with a variety of factors contributing to a slight drop.

The North American battery stewardship group reported nearly 14 million pounds of single-use and rechargeable batteries were collected in the U.S. and Canada for recycling last year. That weight was a slight drop – less than 1 percent – from the amount collected in 2016.

A number of factors played into the final number, said Carl Smith, CEO and president of Call2Recycle.

But last year, Call2Recycle started charging businesses and other organizations that generate end-of-life batteries a small fee to send them for recycling through Call2Recycle’s network, Smith said. “That’s probably the biggest single thing that had an impact on our collections,” he said.

In Canada, batteries collections dropped from about 6.1 million pounds in 2016 to 5.7 million pounds last year. The decrease was driven by a couple of factors: To lower costs, Call2Recycle reduced its collection efforts in provinces without battery EPR laws and focused more on provinces where collections are legally required, he said. Additionally, a ruling in British Columbia last year determined batteries inside scrap electronics and small appliances are the responsibility of electronics stewards, not battery stewards, Smith said.

Another factor holding back collection volumes is the rise of the secondary battery industry, which diverts used batteries away from Call2Recycle’s collection and recycling networks and into the reuse markets, Smith said.