An inside look at Houston’s MRF contract 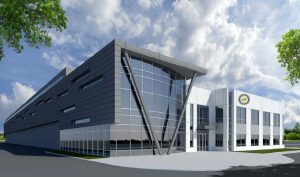 A rendering of FCC’s planned MRF in Houston.

Over the last year, global facility operator FCC was determined to win a bid to sort Houston’s recyclables, and in the end it sweetened its offer to ensure it would be chosen. A company leader recently explained the details behind FCC’s strategy.

The Houston City Council on Jan. 10 approved awarding the 15-year contract (with the possibility for one five-year extension) to FCC, a Spain-based utilities and construction giant that operates 200 solid waste management facilities in 13 countries around the world. Houston Mayor Sylvester Turner has signed the documents, which will usher in construction of an advanced 35-ton-per-hour MRF, return glass to the municipal curbside program and allow plastic bags to be recycled at the curb. FCC will begin processing material when its new MRF opens in about 14 months.

Andrea Rodriguez, technical and development director for FCC Environmental Services in the U.S., said FCC considers the Houston contract a strategic project for a few reasons: A U.S. branch of FCC has been operating in the area for more than a decade, Houston is a major city (the fourth largest in the U.S.) and FCC sees room for growth in its recycling performance.

“I think we can help them bump up their diversion rates,” she told Resource Recycling.

A previous contract between city government and Houston-headquartered Waste Management, the largest hauler and recycling company in North America, was set to expire in March 2016. Initially, the parties weren’t able to agree on details of an extension.

In the end, after some brinkmanship, they reached a deal on a new two-year contract that removed glass from the curbside program. Under the old contract, when the average sales price of a ton of recovered commodities fell below Waste Management’s per-ton processing cost, the company ate the loss. As a result of low commodity values, Waste Management began losing substantial amounts of money under the previous contract.

Under the new two-year deal, the city was required to pay the company to make up for the full amount of any shortfalls. And during at least one point, the city paid Waste Management up to $53 a ton. For comparison, in 2016, the city said landfilling cost it $27 a ton.

Looking to replace the two-year contract with a better long-term deal for the city, Houston in late 2016 put out a request for bids to process recyclables. In June 2017, Turner announced his administration had selected FCC, but some members of the Houston City Council, which would need to approve any new contract, questioned the fairness of the bidding process. In response, Turner in July 2017 said he’d invite the top four companies –  BFI Waste Services of Texas (a Republic Services company), FCC, Independent Texas Recyclers and Waste Management of Texas – to submit final and best offers.

That’s when FCC made its proposal more attractive for the city.

FCC has calculated its recyclables processing fee at $87.05 per ton. Under the new contract, the city is required to pay FCC when the value of a ton of recyclables falls short of that processing fee. But unlike with the Waste Management contract, FCC’s contract limits the city’s financial risk. Specifically, during the first round of bidding, FCC proposed limiting the city’s payments to a maximum of $25 a ton, regardless of how low commodity values fall. During times when commodities prices exceeded the processing fee, FCC proposed a 25-75 split of the profits, with the city getting 25 percent.

But for the second round of bidding, FCC amended its deal by limiting the city payments to $19 a ton or less. That essentially had the company shouldering more of the market risk. It also proposed a 50-50 profit split.

According to a city press release, the $25-to-$19 change will save taxpayers millions of dollars over the life of the contract. That’s assuming low commodity prices force the city to pay the maximum payments to FCC; climbing values will reduce the payments or bring money into city coffers. Under the worst-case scenario, city expenditures would total $36.8 million over the life of the contract (that sum includes the five-year extension).

The city likes the predictability provided by the deal.

“The City can budget for worst-case scenarios knowing that costs to the taxpayer are capped at $19.00 per ton and shall not be more than current landfill disposal costs,” according to a city FAQ sheet.

Between the first and second rounds of bidding, FCC made another change the city liked: It increased its “educational fee,” or the amount it provides the city for public education and outreach costs, from $75,000 per year to $100,000 per year. It also decided to kick in another $20,000 worth of outreach from its own education program each year.

Rodriguez said FCC made a strategic decision to improve its bid during the second round.

“I think that this is a really strategic project for the company, so that was the decision in order to make it more attractive,” she said.

Asked how FCC was able to justify the increased market risk in the second bid, Rodriguez said the long-term nature of the contract and the fact that FCC has experience running similar facilities around the world led it give it the go-ahead.

In some ways, the Houston deal mirrors that in Dallas, which in fall 2015 awarded FCC a contract to sort and market recyclables. As a result of the contract, FCC built an advanced MRF, which opened in January 2017.

The Dallas contract also directs that revenues be split 50-50, Rodriguez said. And, as was the case in Dallas, after the new MRF is built, FCC will transfer ownership of the Houston facility to the city but continue to maintain and operate it, an arrangement that was favored in the city’s request for proposals. FCC’s processing fee in the contract takes into account those MRF capital costs, she said. The $23 million MRF is expected to begin construction this spring and open in spring 2019.

The facility, which will also serve as the new U.S. headquarters for FCC, will be built to handle the increases in recycling FCC hopes to see in Houston. In 2014, the most recent year for which data is available, the city had a 19 percent diversion rate. Recyclables made up 6 percent and the remainder was from organics composting.

Rodriguez estimated the MRF would be at 40 percent to 45 percent utilization in its first year, leaving growing room. The intent is the education and outreach expenses will help generate greater volumes of recyclables and less contamination, reducing residue disposal costs, she said.

In Dallas, almost all products from FCC’s facility are sold into domestic markets. FCC plans the same with the Houston MRF. 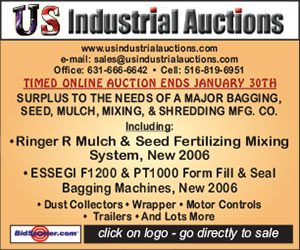