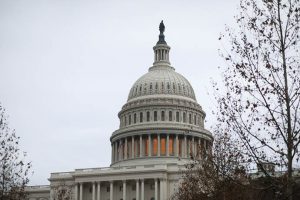 An overhaul of the federal tax system was signed into law last month, ushering in major changes in how businesses throughout the recycling industry are taxed. At the same time, impacts may be felt at recycling nonprofit groups as some analysts predict declines in charitable giving.

The Tax Cuts and Jobs Act cuts the corporate tax rate substantially and increases deductions for non-corporate “pass-through” businesses. It also allows immediate and full expensing on equipment purchases, a measure specifically highlighted by President Donald Trump when he signed the bill Dec. 22.

“To do one-year expensing, I think, is going to be one of the biggest things in the bill, frankly,” Trump said. “I think people are going to go out and absolutely go wild over expensing.”

The Institute of Scrap Recycling Industries has pointed to the expensing measure as a particularly key provision for the recycling industry.

But the bill also has potentially negative implications for the industry. Research and development costs can no longer be deducted in full upfront; instead, the deductions must be spread out over five years. That could make it more difficult to finance R&D projects, according to some analysts.

Meanwhile, the tax bill’s implications for charitable giving are causing concern among some nonprofit recycling advocacy organizations. Taxpayers since 1917 have been allowed to deduct their donations to charitable, nonprofit groups by itemizing deductions instead of claiming the standard deduction.

“If the change in tax law causes people to stop donating to any worthy organization, it will be a loss,” said Marjorie Griek, executive director of the National Recycling Coalition. “Hopefully, our supporters will continue to give and help us carry on the important work that the NRC offers.”

Corporate contributions would not be affected by the change, and leaders of recycling groups point to the core base of dedicated contributors who support recycling causes. Susan Collins, president of the Container Recycling Institute, said fundraising is always a challenge for a small environmental group, and that the deduction provision of the tax bill will certainly not help that fact. But she did not anticipate a large negative impact.

“Every year, we receive hundreds of small donations from individual donors,” Collins said. “However, these donors are a very dedicated group, and while the tax deduction might be a factor, I think their primary motivation is the desire to leave this planet better off for future generations.”

The Recycling Partnership took a similar view of the change, noting that the organization’s donors are contributing to see results.

“Our funding partners look to us as a trusted action-agent, specifically designed to deliver on their sustainability goals. Generally they’re not looking for tax savings, though that is a perk of contribution,” said Keefe Harrison, CEO of the group. “The bigger issue is that our federal government keeps rolling back regulations, meaning that companies and nonprofits have more work to do.”