Update: China has filed its official contamination proposals with the World Trade Organization, and they list a 0.5 percent threshold for most recyclables, down from the 1 percent limit that was previously considered. 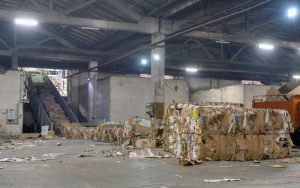 China will shift its planned threshold for contamination in scrap paper imports from 0.3 percent to 1 percent, seemingly in response to concerns the original proposed limit would be impossible to hit.

Paper industry research firm RISI reports Chinese officials plan to impose the 1 percent limit starting in mid-January. Citing unnamed contacts, RISI said the new proposal was announced on Nov. 7 and described it as part of a “final determination on a set of rules for recovered paper imports.” Details on the determination have not been officially published yet by China.

Fiber recycling consultant Bill Moore told Resource Recycling he sought confirmation on the 1 percent figure. He said it was confirmed as a “very official” figure by Thijs Cox of Netherlands-based Ciparo BV, a recovered fiber and plastics trading company. Moore described Cox as a very knowledgeable source on China. Cox referenced the figure in a question-and-answer session after a presentation at the 2017 Paper & Plastics Recycling Conference in Warsaw, Poland last week.

According to an announcement by the Institute of Scrap Recycling Industries (ISRI), the new decision would also set limits on contamination in plastic bales at 0.5 percent, and it would cap allowable contamination in loads of ferrous and nonferrous metals at 1 percent.

Current standards for scrap paper imports into China note that the weight of “carried wastes,” or contaminants, should not exceed 1.5 percent of the weight of the imported waste paper. For plastic, the current limit is 0.5 percent, meaning that acceptable level would remain the same under the new proposal.

The news of changes to the proposed fiber limit comes after several months of uncertainty in that realm. On Aug. 10, China’s environmental department published notice of revised standards that made it clear the country wanted to get tougher on contamination. For paper, China at that time noted the limit would be moved from 1.5 percent to 0.3 percent, and plastic would go from 0.5 percent to 0.3 percent.

The changes drew widespread concern in the recycling industry, as most companies say 0.3 percent is an impossibly low contamination threshold to meet. However, industry conventions have allowed higher degrees of contamination to enter China over the years.

The stated industry guidelines for contamination of paper entering China “generally varies between 1 percent and 5 percent, depending upon the grade of paper,” ISRI writes in its scrap specifications, noting that similar levels are found in plastics exports. “These numbers were determined through an open and deliberative process within the global recycling community, and reflect manufacturing standards and needs.”

Industry groups have called for Chinese officials to adhere to customary practices when setting a contaminant levels. The National Recycling Coalition (NRC) recently published comments on the import restrictions, noting that “through global trade, the allowable limits are set through best practices, and the assistance of standardization guides.” The ISRI specifications guide is widely used in the recycled materials industry across dozens of countries, NRC wrote.

The fact that existing shipments to China often already break the official contaminant limit means the impact of the new restrictions will also depend on enforcement.

Meanwhile, a separate regulatory announcement indicates China plans to consolidate its paper mill industry, icing out the smaller players while building up the larger operations.

The paper notice announced that Chinese mills with capacities of less than 300,000 metric tons per year will not be granted any import permits next year, according to unofficial translations of the documents.

According to a release from ISRI, the changes also limit the types of companies that can apply for import permits. Specifically, only companies that process scrap will be allowed to import materials, effectively closing off brokers from the market.

Chinese authorities have not issued import permits since May, leaving importers who have used up their import quotas unable to bring in new material. Importers are currently waiting for officials to issue import permits for 2018, according to RISI. 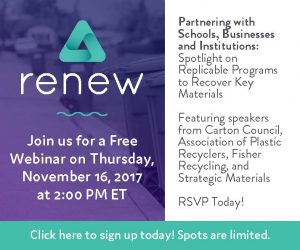