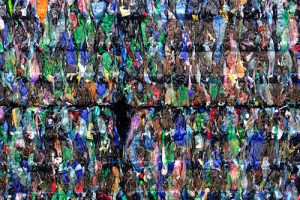 A plastic packaging industry publication is criticizing the recycling industry’s shock and concern over China’s import restrictions, which the writer says are part of a measured and well-publicized effort that’s been in effect for more than a decade.

Plastics in Packaging (subscription required) describes protests from the recycling industry and politicians as “hollow posturing” and says that none of the changes were introduced in secret.

The article charts a number of “revolutions” that have occurred within China during the past 70 years, noting how “most of China’s economic experiments wreaked havoc on the environment.” But since at least 2006, the country has been pushing toward a new focus on environmental protection and has been working on implementing circular economy practices since 2008. The circular economy plan is about long-term environmental progress, the article states, and “is not about warm environmental motherhood statements, nor is it about waste management.”

As part of the circular economy goal, China has had a “recycling master plan” in place for more than a decade, according to Plastics in Packaging. That plan laid out steps toward a “complete and advanced” recycling system, the publication writes.

Besides criticizing the “strange” reaction among the recycling industry, the article also seeks to quash any notion that the import restrictions will be relaxed in the future.

“Some of the forward-looking statements in the international media that the National Sword (and Green Fence campaigns before it) are fixed-term ‘crackdowns’ and business as usual will return when it all blows over are wishful thinking – it will not,” the publication writes.