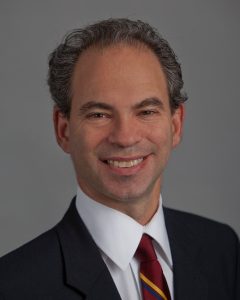 In a recent interview, SWANA leader David Biderman said communities don’t want to undo decades of outreach work and tell residents to stop putting certain items in the bin, even if China’s scrap policies are shaking up market realities.

“Local governments have spent a lot of time, a lot of money educating their residents on how to recycle and what should be recycled, set up systems and infrastructure to capture that material,” said Biderman, executive director of the Solid Waste Association of North America (SWANA). “It would be bad for recycling in general to have to retreat from those systems, and history suggests that it can be very difficult. If you turn recycling off, even for one type of material, it takes years to be able to turn it back on to the version (or) level it once was.”

Biderman, whose organization represents mostly public sector solid waste professionals in the U.S. and Canada, said there aren’t enough concrete details to tell what the future holds for exporting to China.

“Long-term, the crystal ball is opaque,” Biderman said. He referenced a sentiment shared during a recent webinar hosted by The Recycling Partnership, noting that “if anybody says they know what’s going on in China, they don’t.”

But he and other industry insiders point to some potential outcomes if China continues to restrict imports as the country increasingly has in the past couple years. First and foremost, the U.S. and other countries will be forced to lessen their dependence on China as a downstream outlet for recyclables.

“Diversifying one’s customer base is always a smart thing,” he said, noting brokers are already looking to other markets, particularly Southeast Asia.

Second, on in the longer term, Biderman said declining exports to China could mean a bolstered U.S. processing industry. Some companies are considering opening up containerboard production facilities, since retail giants such as Amazon have a massive appetite for corrugate.

“We’ve had a lot of paper mills close in the U.S.,” Biderman said. “We need to think about whether those should be repurposed.”

Biderman said a boost in domestic containerboard manufacturing could increase blue-collar employment particularly in areas not in the coastal regions, regions that have not shared in the nine-year economic recovery the country has experienced.

“This could accelerate that,” Biderman said.

Biderman estimates the industry needs at least three to five years to bolster its domestic processing industry to the point where material diverted from China could find a home in the U.S.

“It takes a long time to purchase property, get a permit, start construction and then start operations,” he said. “It’s not a turnkey kind of thing. It’s challenging to build a lot of these facilities.”

He advised local governments to evaluate their contractual relationships to determine whether changes are warranted. Not everyone will be severely impacted, he noted, as some local programs do not export any materials. Some are protected contractually against pricing downturns, or they are insulated from the effects because their location makes exporting an unattractive option anyway.