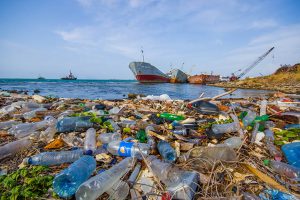 Major brands, nonprofit organizations and industry groups will raise $150 million to boost the collection and recycling of plastics that may otherwise become marine debris.

“This is a major breakthrough in the fight for trash free seas,” Susan Ruffo, managing director of international initiatives at Ocean Conservancy, stated in a press release. “Our research has found that by improving waste management in Southeast Asian countries, we can cut the flow of plastic going in the ocean by half by 2025. A funding mechanism will take this goal from dream to reality, and support efforts by governments and local groups on the ground to improve their livelihoods and well-being while also improving ocean health.”

Closed Loop Partners, which has invested in recycling infrastructure across the U.S. to boost materials recovery, will manage the funding for the ocean plastics prevention effort.

The initiative was announced in conjunction with the Our Ocean 2017 conference, an Oct. 5-6 gathering of world leaders in Malta.

The initiative will focus on investments to improve collection, sorting and recycling markets for Southeast Asia. Nearly half of the plastic that flows into the ocean every year comes from five countries: China, Indonesia, Philippines, Thailand and Vietnam.

“It’s because they are in the place in their economic development curve that large numbers of citizens have moved into the consuming class recently and the investment in waste management hasn’t yet kept up with that pace of development,” said Steve Russell, vice president of plastics at the American Chemistry Council (ACC).

ACC is a member of the Trash Free Seas Alliance and has committed money to the project.

Russell said he expects the initial investments to be in Indonesia and the Philippines. That’s because those countries’ leaders have identified the issues as national priorities, and they’ve expressed a desire in different ways to partner with NGOs and the private sector, Russell said.

Russell said a work plan has been developed that envisions three phases. The first will involve establishing the funding mechanism and conducting scoping and validation exercises in the target countries. Those will include researching how to deploy capital effectively in areas with banking environments that are different than in the U.S. and understanding how different models for collection, sorting and end markets might work in each country.

“One of the things that’s really attractive to us about the way Closed Loop Partners is approaching this is they are crystal clear that whatever we fund needs to be respective of local conditions and to respond to the local needs, rather than our preconceived idea of what might be needed,” Russell said.

The plan’s second and third stages are fundraising and deploying capital.

Russell said the partners haven’t determined what the financing limits, expected rates of return or investment portfolio will look like. The first phase is expected to be completed next year, and the plan is to fully capitalize the fund within three years. Russell said it hasn’t been determined whether the fund will disburse money before the full $150 million is secured.

As is the case with the Closed Loop Fund’s operations in the U.S., the money will help catalyze further investment but isn’t intended to pay the whole bill. That’s one of the things ACC liked when it examined the business plan developed by Closed Loop Partners, he said.

“Catalytic investment is money that’s designed to unlock the participation of people who otherwise might not invest,” he said.

Some major names are behind the dollar commitment. The Trash Free Seas Alliance is made up of 28 nonprofit and for-profit organizations. Five members of the group have already pledged enough money to fully fund the design phase of the effort: PepsiCo, 3M, Procter & Gamble, ACC and the World Plastics Council.

When it comes to raising the $150 million, their goal is to engage as many companies as they can, including material suppliers, consumer goods companies, impact investors, philanthropists and others, Russell said. The $150 million won’t come from only those organizations named in the press release.

“We intend to have a broader representation of participants,” Russell said. 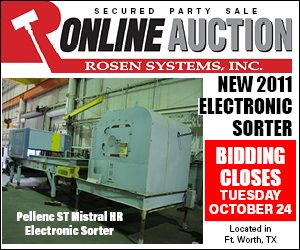