In My Opinion: How I see the way forward for the NRC 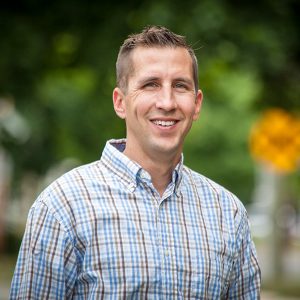 I wish to depart the National Recycling Coalition by sharing some of what I learned while on the board, as well as publicly stating my opinion on where I hope to see NRC moving in the future. These thoughts are influenced not only by my time on the NRC board, but also through my close involvement with the Colorado Association for Recycling (CAFR).

There is a need for the NRC in the United States. NRC has the opportunity to fill an important niche in the North American recycling marketplace. There is no other national nonprofit organization whose primary aim is to support, represent and advance recycling in the U.S. While there are other larger and well-funded non-governmental organizations with similar missions (think Keep America Beautiful, Solid Waste Association of North America, National Solid Wastes Management Association, US Composting Council), NRC stands alone in its mission to maintain a prosperous and productive recycling system in the U.S.

Without a national organization like NRC to represent our interests, the opportunity to gather thousands of united voices in support of recycling will be lost. I argue that with the recent proposed cuts to the U.S. EPA, changes in commodity markets and technology, as well as a rapidly changing waste stream, the need for an organized industry group is more important now than ever. For example, over the past two months, nearly every trade journal has dedicated space to describing the potential disruption to our overseas markets. Having a national organization that can foster national collaboration and information sharing and can build support for domestic market development is integral to the U.S. recycling industry.

NRC is in a state of transition. I believe that NRC is currently at a crossroads. The organization has been gaining momentum in the past three years, and just announced the hiring of an executive director for the first time in a number of years. At the same time, the board is recruiting members who have not previously been involved with NRC, and many of the “old timers” with decades of history are term limited from the board. The influx of new ideas, energy and thinking, combined with a new executive director and an understanding of how recycling fits into the larger closed loop economy, will likely result in an organization that forges ahead on new paths.

NRC cannot be everything to everyone. One of my early lessons serving on NRC’s 25-member board was that there is no shortage of great ideas. However, I quickly found that with NRC’s current organizational capacity (only one part-time staff member) we cannot successfully follow up on all the ideas and plans. This is not to say that NRC cannot provide strong value to its members. In fact, I argue the contrary. By strategically narrowing NRC’s focus, especially in the near term, we can provide a greater value to our members, continue to build membership and grow the organization.

Thus, I would like share my vision for a narrowed role of NRC in the near future.

Support our state recycling organizations (SROs). SROs make up most of our membership and, combined, are NRC’s greatest resource. At the same time, many of the nation’s SROs are facing major challenges, such as lowered conference attendance, stagnating membership and lagging sponsorship levels, and budgeting for their NRC affiliation dues is not always easy.

One of NRC’s primary functions should be to support our SRO members and provide value for their affiliation dues. NRC should continue to expand our efforts to coordinate collaboration among the nation’s SROs, share best management practices in running and growing the organizations, host workshops and conferences to share information on markets and best management practices and support member education. Like politics, recycling is local, and supporting SROs that know what works in their regions can have a greater impact on U.S. recycling rates than NRC working at a national level.

With this goal in mind, NRC will be hosting a professionally facilitated workshop at the 2017 Resource Recycling Conference. It will be aimed at SRO leaders and cover organizational development. Additionally, NRC will continue to provide travel rebates to SRO staff and offer free recycling-related webinars to all affiliated SRO members. A key part of this focus is on making sure NRC provides value SROs can transfer to their members – including the haulers, government staff, nonprofits, industry and other stakeholder members. Tools (webinars, nationally informed research, fast reaction press releases responding to national and international activities) and national networking and dialogue opportunities enhance SRO value and leverage NRC’s coalition nature.

Be the link between trade organizations and recyclers around the U.S. NRC is the only organization in the country with both a massive SRO membership (nearly 6,000 affiliated members) and a tie-in to national trade organizations. NRC has the opportunity to support our trade organization members by being a conduit and loudspeaker for sharing important market information to the thousands of SRO members around the U.S. On the SRO side, NRC can share market data that is of important value to their members and act as a liaison in connecting SROs to the national trade organizations. A perfect example of this type of synergy in action is the 2017 Resource Recycling Conference Recycling Town Hall sponsored by NRC. The meeting is aimed at helping state and local programs expand and strengthen markets for recovered materials. The session brings together 16 different trade organizations (such as American Forest & Paper Association, Institute of Scrap Recycling Industries, Southeast Recycling Development Council, Northeast Recycling Council, Paper Recycling Coalition and many others) and SRO leaders to establish relationships, dialogues and business opportunities between the two groups.

I would like to thank my colleagues at the NRC for their willingness to allow me to participate on the board and for the lessons and experience they shared with me over the past several years. I look forward to seeing what the future holds for NRC.

Juri Freeman is the outgoing board chair for the National Recycling Coalition.