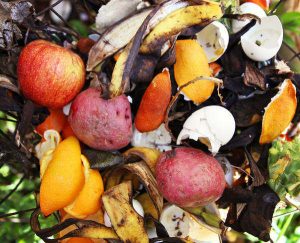 Curbside organics collection could be a key component of Washington, D.C.’s strategy to reach an 80 percent diversion rate. A feasibility study has laid out implementation details.

There is plenty of demand for curbside organics collection in Washington, consultant Resource Recycling Systems (RRS) found in the April study, but the infrastructure has not kept up with that demand. Rather than contract with a regional compost processor outside the district and pay expensive transfer costs, the study identifies construction of a new facility inside the district as the best option.

According to RRS, a roughly $11 million composting facility could be financed entirely through tipping fees and money saved by avoiding transfer costs.

The curbside program could be rolled out on a five-year schedule, with planning and construction of the composting facility during the first three years and curbside collection rolled out incrementally during years three through five.

As very first steps, the study recommends the district identify a 10- to 20-acre site, write permitting and zoning regulations for a composting plant, revise or repeal any regulations on the books that would prevent the facility’s construction and consider adopting regulations requiring or incentivizing compost participation.

With the correct infrastructure in place and the right steps taken, RRS estimates the district could capture and compost up to about 149,000 tons per year, or about 60 percent of what’s generated.

In a letter to community members about the study, Department of Public Works Director Christopher Shorter described compost collection as an innovative program that would help the district meet its diversion goals.