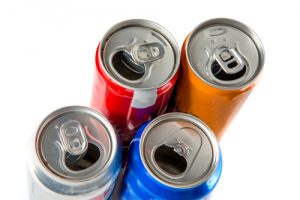 The Atlanta-based aluminum behemoth reported it had recycled inputs of 55 percent during the 2017 fiscal year, up from 53 percent the year before. The number has been steadily rising for years and sat at 33 percent in 2011. Novelis purchased or tolled 1,700 kilotons of recovered metals last year.

“To support the environment and manage our metal costs, we continue to seek ways to utilize high rates of recycling input in our production processes,” Steve Fisher, president and CEO, told investors on a May 10 conference call.

He added that the company continues to optimize existing recycling capabilities, including at the world’s largest aluminum recycling center in Germany. It’s also working to recycle more production scrap from its customers.

In 2011, the company set a goal of reaching 80 percent recycled inputs by 2020. A couple of years ago, it acknowledged it wouldn’t likely meet that goal.

“It was always an aspirational target,” he said. “We needed investment and we would still need investment to get to 80 percent, but even more than the investment, we also have to understand the properties of all the products that we sell and be able to absorb the scrap too. So it’s a combination of both of those elements that come together and drive our decisions.”

Novelis has recycling operations at 11 plants around the world, including three in the U.S. that mostly recycle UBCs and automotive scrap.

Overall, the 2017 fiscal year brought record profits for Novelis, according to a press release. It is seeing growing demand for aluminum for cars and trucks. Shipments for the automotive sector increased by 17 percent year over year.