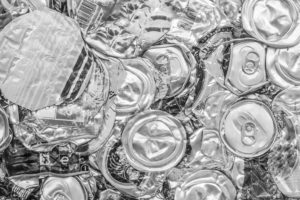 Aluminum giant Novelis reported that its use of recycled inputs has now crossed the 50 percent mark.

Novelis’s 2016 sustainability report noted a bit of a conundrum for the company: Increasing its recycling and automotive sheet production also increases its overall energy usage, which runs contrary to its sustainability goal.

“Both of these are energy-intensive activities that also add additional steps to our existing production processes,” according to the report. “As a result, they have the potential to offset energy-use reductions we achieve elsewhere in our operations.”

As a result, Novelis doesn’t expect to meet its previously established energy usage targets for 2020. That being said, the use of recycled content is a key driver in reduction of carbon emissions from primary aluminum production, according to the company. Novelis is no longer involved in the production of primary aluminum — while it does create its own recycled-content material, it buys virgin aluminum from other producers.

“As the pace by which we increase our use of recycled inputs moderates, we expect to see a similar moderated pace of reductions in our absolute (greenhouse gas) emissions,” according to the report.