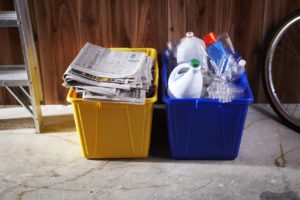 A report from The Recycling Partnership and U.S. EPA lays bare the reality there is no silver bullet for creating a stellar curbside recycling program. That being said, researchers did paint a detailed portrait of what successful programs look like.

“There was not one individual attribute that indicates success, but several that affect performance and trends became evident,” according to the report. “The majority of the highest-performing programs collect material single-stream, collect curbside recycling automatically, use an automated cart-based system, and have public engagement that influences curbside recycling to occur in their community.”

The 2016 State of Curbside Report, released Tuesday, Dec. 13, was written by the nonprofit group The Recycling Partnership with grant funding from the U.S. EPA. The project’s lead researcher was Cody Marshall of The Recycling Partnership (see the related question-and-answer piece with Marshall). He and other experts gathered data on recycling programs in 465 cities across the U.S., making sure to include the 250 most-populous cities and each state capital. In all, the communities represent 29 percent of the homes in the U.S. that could potentially receive curbside recycling service.

Their report points to steps communities can take that are likely to significantly increase recycling weights. But the report also demonstrates that other oft-discussed strategies, such as collecting recycling on a weekly basis, may not boost recycling weights all that much.

The research found the 465 incorporated communities collected an average of 357 pounds per household per year (note: This refers to all households in the studied jurisdictions, not just the households that actively recycle).

More than 8 in 10 of the communities utilized single-stream collection, and more than half of them collected material every week.

To find factors potentially driving higher recycling weights, researchers examined 20 percent of the top-performing communities, or those collecting at least 400 pounds per household per year.

More details on what they found:

Cart before the bin: Among the top-performers, 83 percent use carts instead of bins. Nationwide, carts collected an average of 389 pounds per household, compared to 271 pounds for bins.

Key role of government: Among the top-performers, 100 percent took some action to incentivize recycling. One example is creating licensing agreements or franchises that bundle garbage and recycling service together, regardless of whether residents have to opt-in to garbage service. Across the country, programs taking “public actions” to incentivize recycling collected 359 pounds per household, compared to 247 pounds for those that didn’t.

The report found other attributes that may not have as significant of an impact as some may guess.

Lastly, who does the collecting doesn’t seem to matter too much: Researchers didn’t find a major weight difference between communities where private workers collect recyclable materials and those where municipal workers collect them, they wrote. Communities with private haulers averaged 371 pounds per household, while those with public haulers averaged 345 pounds per household.

“There appears to be no correlation to effective collection of recyclables and whether the material was collected by private or public entities,” according to the report.