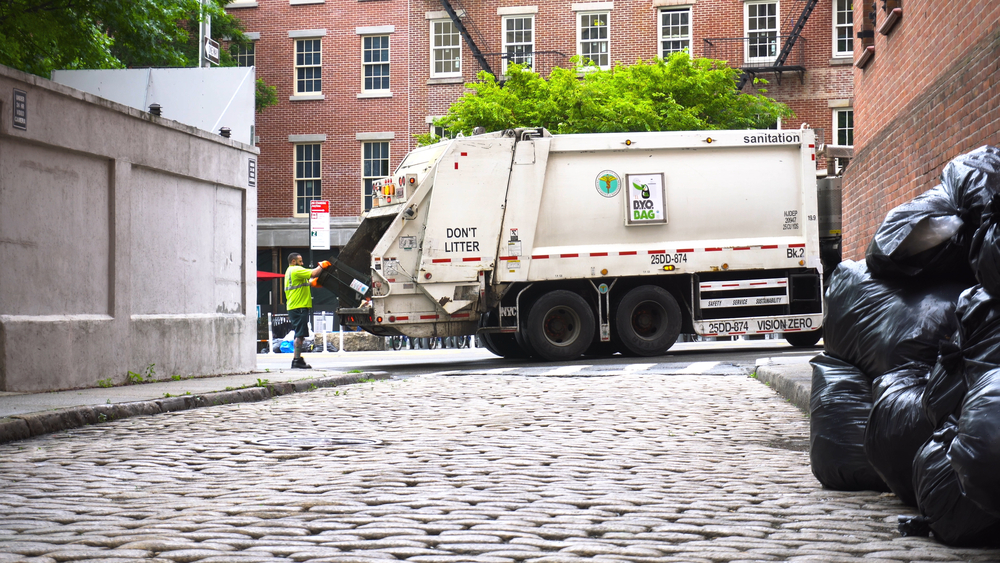 The move still needs to be approved by the City Council, which is expected to happen. But even after that, the program would likely be years away.

Under a franchise system, haulers will have to bid for service in specific zones. Currently, 90 private haulers serve 108,000 commercial customers in New York. The recently released study predicts prices for customers will go down under a zone system, citing implementation of similar plans in Seattle and San Jose.

Another benefit of franchise zones, according to the City, is the large reduction in traffic congestion and greenhouse gas emissions that are a result of commercial waste collection. The report states zoning will reduce waste-related traffic jams by 49 to 68 percent and cut emissions between 42 and 64 percent.

The recommendation has been applauded by The Transform Don’t Trash NYC coalition, which includes The Alliance for a Greater New York (ALIGN); the International Brotherhood of Teamsters Joint Council 16 & Locals 813, 831 and 210; the Natural Resources Defense Council; The New York City Environmental Justice Alliance; and New York Lawyers for the Public Interest. The coalition noted a new system would make waste collection safer for workers and more equitable for customers.

Opposition to the proposal

However, the largest union in the commercial and private carting industry, Laborers Local 108, does not agree with the move. Business manager Mike Hellstrom said in a statement it “is not a productive or respectful approach to creating smart policy.”

The New York City Chapter of the National Waste & Recycling Association, a lobbying group which represents haulers, said it is reviewing the report and hopes to meet with the city’s consultants to better understand the findings. Kendall Christiansen, the chapter’s manager, told Resource Recycling eliminating congestion isn’t a concern because the waste collection generally occurs during off-peak hours.

It’s not known at this point how many zones will be established, but Christiansen also lists that as a concern, saying some haulers could be challenged to stay in business.

The City’s own market analysis backs that up, citing concerns from medium and small haulers that don’t think they have the resources to serve an entire zone.