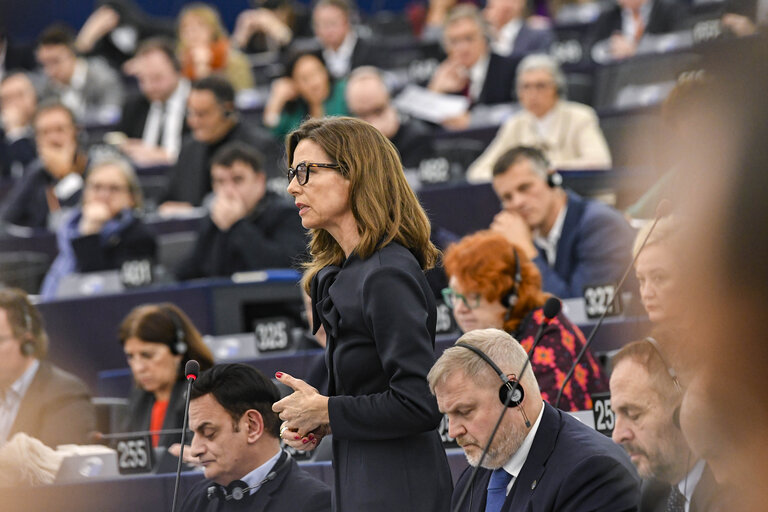 A branch of the European Union wants to end all exports of recovered plastics within the next four years, a move that would undoubtedly disrupt trade with the U.S. One company leader suggested the impacts could hinge on what the EU decides to consider “waste.”

The European Parliament on Jan. 17 voted overwhelmingly in favor of a plan to update the EU’s Waste Shipment Regulation (WSR) by eventually ending all plastic waste exports from the continent. The proposal would also impose new requirements on any non-plastic scrap material exported from the EU for recycling.

Several industry groups have sounded the alarm, saying such a move would restrict the free trade of commodities moving to legitimate recycling markets.

“Increased trade restrictions on responsibly recycled materials pose significant risks to already strained supply chains and the achievement of sustainability goals,” the Institute of Scrap Recycling Industries (ISRI) stated in an alert. “For the recycled materials industry, protectionist trade measures that are anti-competitive in nature will disrupt the flow of materials to customers and generate economic costs.”

It’s not a done deal yet. The European Commission first proposed updating the WSR in November 2021. Last week, with its vote of 594 in favor, five against and 43 abstaining, the European Parliament voted to approve a modified version of the proposal put forward by the commission in November 2021.

ISRI noted that negotiations with EU member states are “are expected to proceed quickly.”

The parliament wants to see a flat-out ban of plastic waste exports to countries that are not members of the Organization for Economic Cooperation and Development (OECD). OECD members are generally considered higher-income, developed countries. The body then wants to phase out shipments of plastic waste to OECD countries over four years.

A session at the 2023 Plastics Recycling Conference (March 6-8 outside Washington, D.C.) will explore how plastics recycling is developing across Europe. The session, set for March 6, will feature EU official Manuel Carmona Yebra, Biffa Waste Services COO Mick Davis and Anja Brandon of the Ocean Conservancy. Check out the full session lineup and register today.

The U.S. is an OECD country. Trade data shows a notable amount of plastic scrap has been shipped from the EU to the U.S. in recent years. From 2019-21, the EU shipped an average of 98 million pounds of scrap plastic to the U.S. each year, according to a Resource Recycling analysis of Census Bureau trade data.

In 2022, from January through November (December data hasn’t been released yet), the EU shipped 64 million pounds to the U.S. Almost none of that was PET, PE or PS. In fact, 65% was “other plastics” and 32% was PVC, the data shows.

The WSR update wouldn’t just affect plastics. It would place new requirements on exports of other recovered materials from the EU to non-OECD countries (developing countries). Specifically, parliament wants to require those importing countries to provide their consent and demonstrate their ability to recycle the material sustainably before the exports from the EU would be allowed.

Additionally, the parliament plan would strictly control cross-border shipments of waste for disposal within the EU, and it would increase trade enforcement.

“We must turn waste into resources in the common market, and thereby take better care of our environment and competitiveness,” Pernille Weiss, a parliament member from Denmark who backed the proposal, stated in a press release. “The new rules will also make it easier for us to combat waste crime inside and outside the EU. And, with the export ban on plastic waste that we suggest, we are pushing for a much more innovative and circular economy wherever plastic is involved. That is a true win for the next generations.”

A number of recycling groups, including the Bureau of International Recycling (BIR), expressed concern about the parliament’s plan.

“I have mentioned many times that in my opinion these regulations represent a thinly disguised back-door protectionism that puts our industry in danger while severely disrupting the global circular economy,” BIR President Tom Bird stated in a press release. “It should be blatantly clear to everybody that the trade of vital raw materials such as recycled metals should not be restricted, and BIR as an organization remains fully committed to ensuring exactly that – free trade of recyclables in a global circular economy.”

‘Devil will be in the details’

Pablo Leon, CEO of Sostenplas, a Segovia, Spain-based company focused on the recycling of plastics from electronics and appliances, expressed concern about the European Parliament plan but noted that additional questions remain about the overall impact. Sostenplas’ sister company is Fosimpe, which trades domestically and exports plastic scrap to international markets, and Leon is an adviser for Fosimpe’s International Division.

“The devil will be in the details,” Leon said, although he noted that the proposal is very clear on phasing out plastic waste shipments.

He noted that much will depend on what the EU classifies as waste, however, with different member countries applying different definitions of waste and scrap. The scope of any ban will be linked to the EU’s attempt to harmonize what’s called the End of Waste (EoW) concept, essentially getting all EU member countries on the same page about which materials are considered waste and which are raw materials for manufacturing.

As a result, Leon said, the EU taking a very narrow definition could mean that even recycled pellets could be banned from export. “This would completely disrupt many current flows of the circular economy,” he stated. “If regulators take a better informed approach and decide to update the definition of EoW to include the newest technology developments (many recycled plastics don’t need to be pelletized anymore to be transformed into final products) the impact on the global circular economy would be less critical, since recycling capacity has been growing in the last years at the EU.”

Overall, however, he took aim at restrictions on cross-border shipments, which he said “will make reaching full circularity much more difficult.”

“The EU is supposed to be a single market, but this can’t be said for circular resources,” he added.

A version of this story appeared in Resource Recycling on Jan. 23.