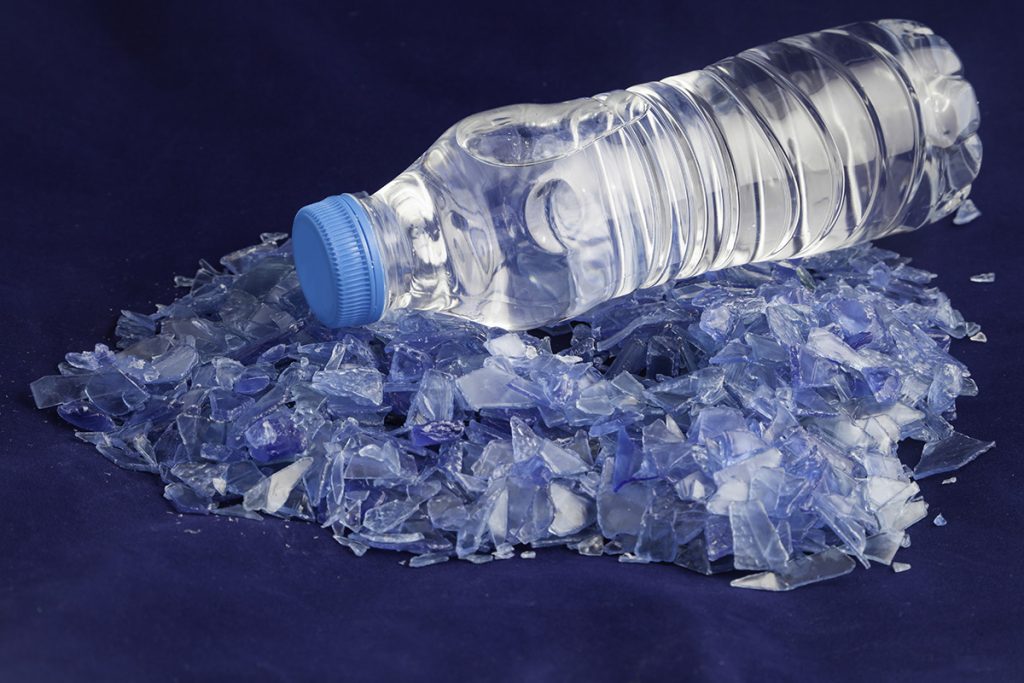 D&W Fine Pack has used RPET for roughly a decade, and is now ramping up its use of post-consumer resins in response to growing demand. | Aykut Erdogdu/Shutterstock

A multi-million-dollar equipment investment is enabling D&W Fine Pack to recycle post-consumer PET flakes into 100% recycled content food packaging. An executive at the company described the project and the benefits it will bring.

Russ Stephens, vice president of engineering and technology for D&W Fine Pack, said the company has purchased RPET pellets for years but wanted to expand its recycling capabilities because it saw a growing appetite for post-consumer PET packaging.

“As the customer demand has grown – either organically by their desire or legislatively mandated – we began to consider investing into a system that will allow us to buy the flake and eliminate the need to buy the pellets,” Stephens said.

The total project investment, which Stephens said totals “in the high seven figures,” comes as “demand for PET packaging is growing dramatically in our business,” with some customers switching from PS to PET for recycling reasons.

The equipment will allow the company to manufacture a consistent product from several grades of RPET flakes, including feedstock with higher levels of contamination.

Headquartered in Wood Dale, Ill., D&W Fine Pack is a privately owned manufacturer of plastic packaging and cutlery. The result of a number of company acquisitions over the past 20 years, D&W Fine Pack today makes plastic, aluminum and even molded fiber products at plants across the U.S.

The company recently issued a press release about the PET recycling upgrades at its Fort Wayne, Ind. plant. That facility takes up almost half a million square feet and has several existing extrusion lines, Stephens said.

He explained that D&W Fine Pack has been using post-consumer RPET for about 10 years or so, primarily purchasing pellets (the company also recycles post-industrial PET in flake form).

The new extrusion system, which begins production this month, can take in post-consumer flakes and produce 35-40 million pounds per year of sheet, Stephens said. The equipment comes from Davis-Standard and Gneuss Plastics Technology.

The Gneuss extrusion equipment has a section with multiple rotating screws, called its MRS technology, which spreads the material out under a vacuum to remove moisture and contaminants, Stephens said. The system does not use a dryer crystallizer, reducing energy usage and saving space, he said.

“This system has a very unique melting and screw system within it,” he said, noting that it’s more commonly used in Europe than North America. He said the equipment is the biggest of its kind in the U.S.

Stephens also touted the filtration system, calling it “one of the best filters in the world.”

“We can take product with a little more contamination than maybe we could have before and be able to filter it out,” he said.

The upgrades will allow the company to make a consistent sheet from three different grades of hot-washed PET flake, with the lowest grade containing higher percentages of colored plastic contamination, he said.

Sourcing around the globe

The improved capabilities will provide cost benefits over buying pellets, and the equipment will allow the company to recycle lower-quality feedstock into clear packaging, when that feedstock may otherwise have been relegated to black products, Stephens said.

D&W Fine Pack’s procurement specialists will likely buy post-consumer flakes from around the globe. The company currently uses post-industrial flake but plans to transition to post-consumer flake, depending on supply, quality and economics, he said.

D&W Fine Pack will thermoform the sheet at multiple plants around the U.S., although it will also sell some sheets to outside manufacturers, he said. Packaging produced by the company will meet customer needs for percentages of recycled content.

Stephens noted that some customers want 100% RPET packages, but others are only seeking recycled content levels that comply with government-mandated minimums. (California, Washington state and New Jersey are implementing mandatory minimums for recycled content.)

In addition to installing the extruder and auxiliary equipment, D&W Fine Pack invested in a sophisticated up-front material handling system, he said. That’s because more feedstock will be coming in in supersacks and gaylords, rather than bulk transport in rail cars. The company also installed testing systems to validate the quality of the incoming RPET flakes.