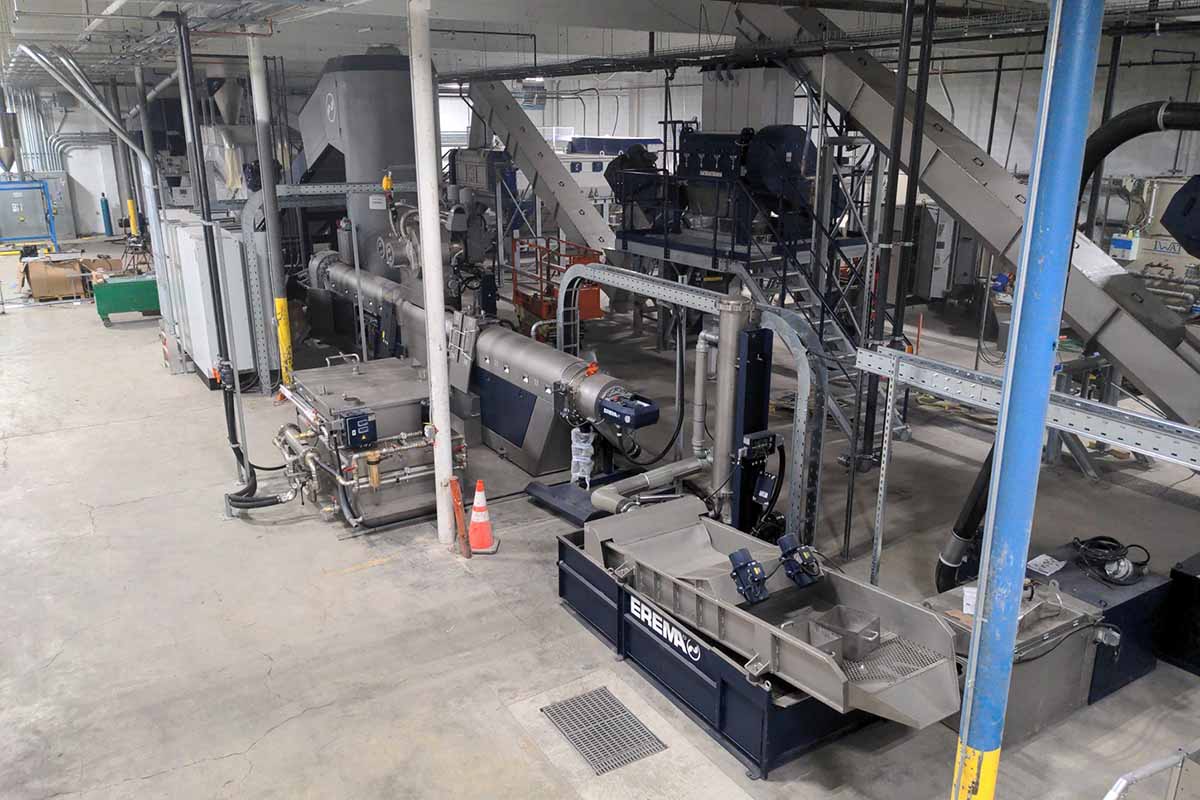 ACI Plastics is approaching the finish line on its film line.

The Flint, Mich.-based reclaimer is less than a month away from commissioning an $8 million post-consumer polyethylene film recycling line, which includes sorting, washing, extrusion and pelletizing equipment.

The line will be able to recycle up to 24 million pounds of scrap per year, including stretch wrap, bags and other post-commercial materials, said Scott Melton, president of ACI. His company has the right people, feedstock and equipment to produce high-quality clear pellets, he said.

“Those are the three legs of the stool, and if they’re all working well you make a good product,” he said.

In April, the Michigan Department of Environment, Great Lakes and Energy (EGLE) awarded ACI a $300,000 Renew Michigan grant for its equipment project, which totals about $8 million and created over two dozen jobs.

ACI also paid for another $1 million in improvements to its building, including redoing the parking lot, painting the building, repairing part of the roof, installing new offices and expanding the site to allow for storage silos, he said.

The line includes an EREMA single-screw extruder and a Lindner wash line, both delivered from Europe. The extruder is expected to be commissioned this week, and the Lindner is scheduled for commissioning in January. “We’re within a month of really making this happen,” he said.

ACI has already made agreements to supply all 24 million pounds per year, he said. The 100% post-consumer LDPE and LLDPE will come from suppliers in the Midwest and South, including from ACI’s own processing plant in Nebraska, he said.

The focus will be on Grade A bales, defined by ACI as bales with 90% to 95% colorless film with some printing and labels. It won’t include low-grade films coming from curbside recycling programs.

The wash line is needed to remove labels and glues, as well as other contaminants such as paper and strapping made of other polymers. Skipping washing and simply melt filtering the plastic may not remove enough contaminants to reach the quality needed for demanding applications, such as blown film, he noted.

The goal is to make as clear of a pellet as possible, he said. “We think that the highest profit, the highest sale price, is going to be very clear, A-Grade pellet,” he said.

ACI has conducted trials with deinking technologies. While ACI hasn’t yet ordered any, the company left space in its film line for the possible future installation of deinking equipment, he said.

ACI’s Flint plant already recycles post-consumer HDPE, PP, TPO and PC/ABS, but this will be the first time it has tackled films at that facility. The company also has another plant in Michigan, as well as recycling facilities in Columbus, Neb. and Liberty, S.C. The Liberty plant, which recycles production scrap, is the latest to open, having been announced only this year.

ACI is planning for a fairly aggressive ramp-up of the new Flint system, which is expected to start making pellets next month, he said. The company may be able to reach a production level of 24 million pounds a year after six months or so.