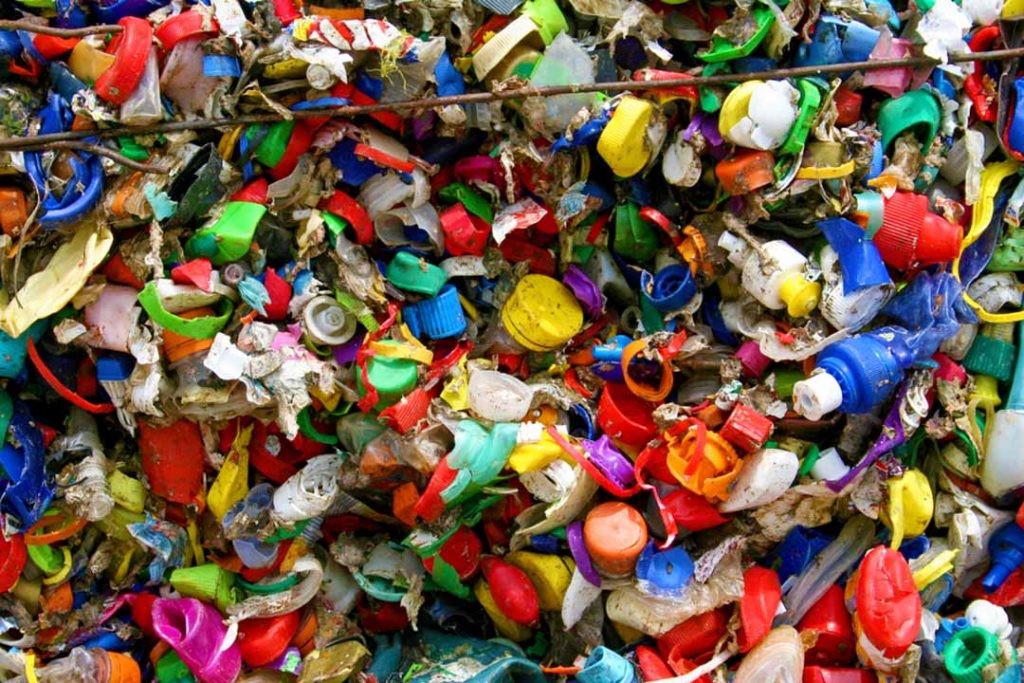 As of 2021 there were more than 40 companies working to develop or manage chemical recycling projects in the United States. | paul prescott/Shutterstock

Mechanical recycling should take priority over chemical recycling, but there will need to be several technical solutions to the world’s plastic problem, argued panelists on a recent Product Stewardship Institute webinar.

Other takeaways from the Nov. 17 “EPR Master Class on Chemical Recycling” were that the recycling discussion needs to extend beyond packaging and that life cycle analysis should be used to prioritize disposal options.

Chemical recycling is an umbrella term that generally refers to a wide array of processes that use heat, pressure and solvents to break down the molecular chains of polymers into liquids or gasses that can then be processed into fuels, oils, waxes, new plastics or other chemical products.

During the webinar, it was also referred to as advanced recycling, non-mechanical recycling and molecular recycling.

Scott Cassel, Product Stewardship Institute (PSI) CEO and founder, said the technologies have “become a lightning rod,” with some hailing them as the new standard of recycling and others calling them greenwashing.

He said as of 2021 there were more than 40 companies working to develop or manage chemical recycling projects in the United States, and 20 states have enacted laws that allow chemical recycling facilities to be licensed as manufacturing facilities instead of waste management facilities. Overall, he pointed to a knowledge gap around what exactly each technology is and what its impacts are.

PSI released a report, “Making Sense of Chemical Recycling,” to answer some of the questions, Cassel noted.

Panelists overwhelmingly said studies prove that mechanical recycling has a smaller environmental footprint and is more advantageous than chemical recycling.

David Allaway, a senior policy analyst with the Oregon Department of Environmental Quality, noted that the “overarching goal should be to achieve a system where resource use and pollution are within levels that can be sustained in perpetuity,” but circular systems are not inherently sustainable and realistically, some packaging will be generated and will need to be managed.

When it comes to mechanical versus chemical recycling, both require energy and result in emissions, and both can displace virgin feedstock, he said.

“All these can impact the environment in both positive and negative ways, so it is not a picture in black and white, as some would propose, but shades of gray,” he added.

Paula Luu, a senior project director with Closed Loop Partners, said in all instances she studied, mechanical recycling has a smaller environmental footprint, but “the diversity of plastics today requires a diversity of solutions.”

“Molecular recycling is just one slice of that pie,” Luu said, adding that it’s important for the industry and world to first define what waste-free success looks like.

Cheryl Coleman, senior vice president of sustainability at the Institute of Scrap Recycling Industries (ISRI), said ISRI supports processes that convert used plastic into resins and monomers, but does not support turning it into petrochemical products for energy use or fuel.

Luu added that “plastics-to-plastics is what is recycling, and we support those technologies.”

Allaway noted that Oregon’s extended producer responsibility law states that all material has to be responsibly managed by a facility that is transparent and environmentally sound.

That means the law “allows for chemical recycling pathways to compete with others as a viable option, but requires disclosure and evidence that the pathway is aligned with Oregon’s policy objectives: responsible production and use and management of materials in a way that protects the environment, conserves resources and enhances well-being,” he said.

As the discussion around chemical recycling continues, ISRI’s Coleman encouraged participants to “take the time you need to make sure there are not unintended consequences” of laws or of looking at chemical recycling technology as a short-term, interim solution.

“If we think that folks are going to invest millions and millions of dollars into creating scalable processes for managing material and then they’re going to stop because we’ve come up with a better method, they’re not,” she said. “There needs to be an exit strategy.”

Luu said she suggests regulating facilities based on the feedstock they accept and the outputs they produce, “because these technologies are so flexible.”

Veena Singla, a senior scientist with the Natural Resources Defense Council, pointed out that “we are missing a critical voice on the panel today, the people who live with a chemical recycling facility in their backyards.”

Singla said she’s often asked by concerned parents about the levels and types of air pollutants, but “I can’t really answer that question because of the lack of transparency” around what exactly happens in chemical recycling facilities.

“Caution really is warranted” when it comes to moving forward with chemical recycling technologies, she added, and her best-case scenario is drastically reducing the need for chemical recycling by reducing plastic use, especially of the kinds of plastics that cannot be recycled mechanically.

Her worst-case scenario is if the current deregulation push by chemical recyclers “continues to be successful and the safeguards we have in place now to protect our air and water are stripped  away.”

“We need to be making sure any recycling technology that’s employed meets human health and environmental standards,” she said.

A version of this story appeared in Resource Recycling on November 28.