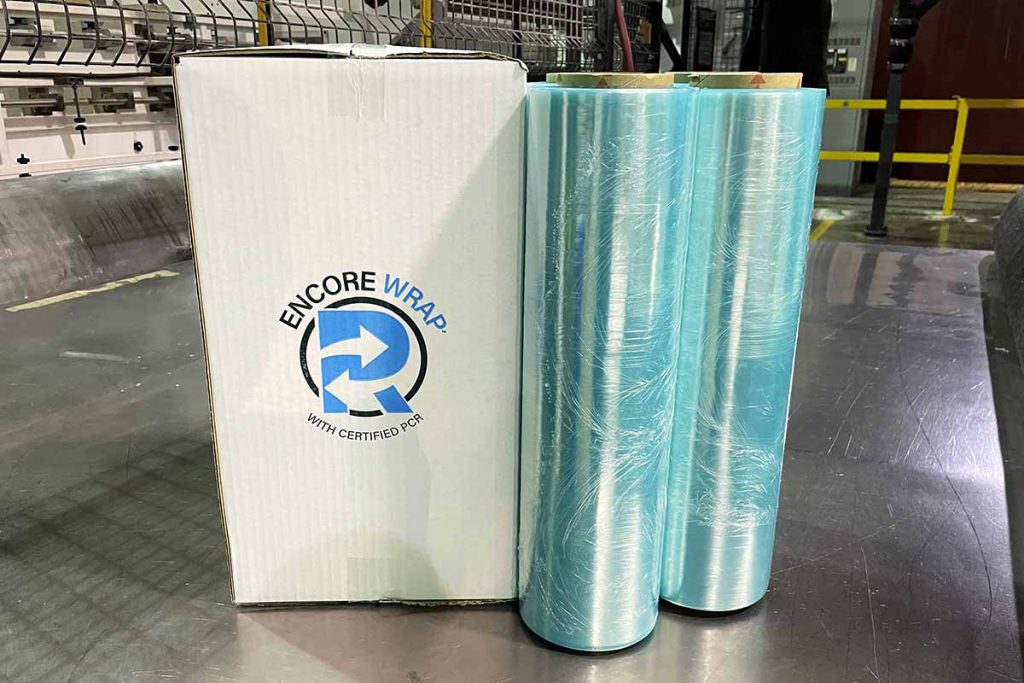 Encore Wrap, a stretch film made with 10% PCR, is intended for use in warehousing, transportation and other commercial applications. | Courtesy of Revolution

Plastics reclaimer and film manufacturer Revolution has released a stretch film made with 10% post-consumer resin.

The film, which is targeted at customers in warehousing, transportation and other commercial sectors, incorporates Revolution’s Encore PCR, which has a light blue tint when it’s on a roll but appears clear when the polyethylene is wrapped around a pallet.

Based in Little Rock, Ark., Revolution recycles films from various sources, including agricultural and commercial suppliers. According to a press release, the PCR used in the stretch wrap is sourced from used film from distributor clients.